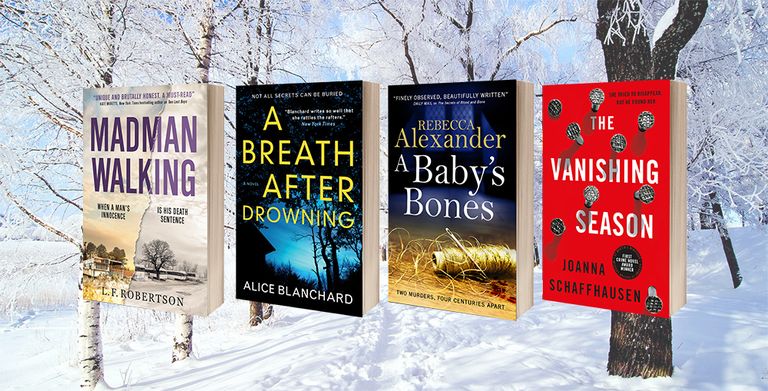 There have been plenty of suspects, and more than a couple of corpses on our crime list in 2018. Check out some of our favourites below! 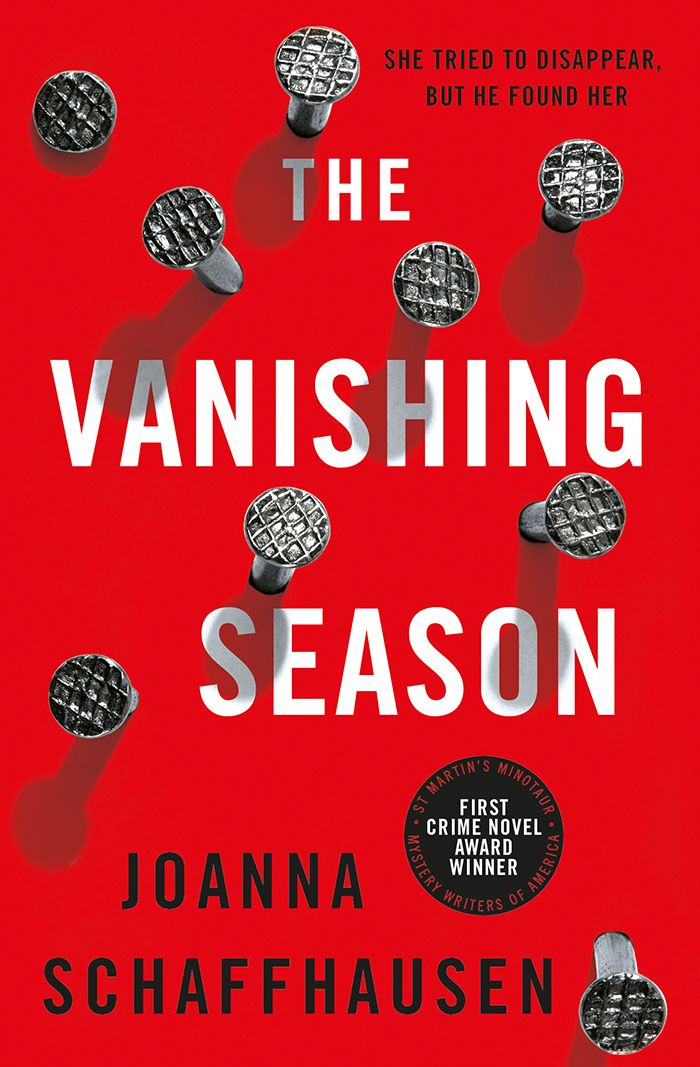 Fourteen years ago, teenager Ellery Hathaway was victim number seventeen in the grisly murder spree of serial killer Francis Michael Coben. She was the only one who lived.

Now Coben is safely behind bars, and Ellery has a new identity in a sleepy town where bike theft makes the newspapers. But each July for the last three years, locals have been disappearing. Then Ellery receives strange messages hinting that the culprit knows exactly what happened to her all those years ago. When she tries to raise the alarm, no one will listen, and terrified she may be next, Ellery must turn to the one person who might believe her story… When legendary mystery writer Mickey Spillane died in 2006, he left behind the manuscript of one last novel he’d just completed: THE LAST STAND. He asked his friend and colleague (and fellow Mystery Writers of America Grand Master) Max Allan Collins to take responsibility for finding the right time and place to publish this final book. Now, on the hundredth anniversary of Spillane’s birth, his millions of fans will at last get to read THE LAST STAND, together with a second never-before-published work, this one from early in Spillane’s career: the feverish crime novella A BULLET FOR SATISFACTION.

A tarnished former cop goes on a crusade to find a politician’s killer and avoid the .45-caliber slug with his name on it.  A pilot forced to make an emergency landing in the desert finds himself at the center of a struggle between FBI agents, unsavory fortune hunters, and members of the local Indian tribe to control a mysterious find that could mean wealth and power – or death. Two substantial new works filled with Spillane’s muscular prose and the gorgeous women and two-fisted action the author was famous for, topped off by an introduction from Max Allan Collins describing the history of these lost manuscripts and his long relationship with the writer who was his mentor, his hero, and for much of the last century the bestselling author in the world.

I Remember You by Elisabeth de Mariaffi (published March 2018) 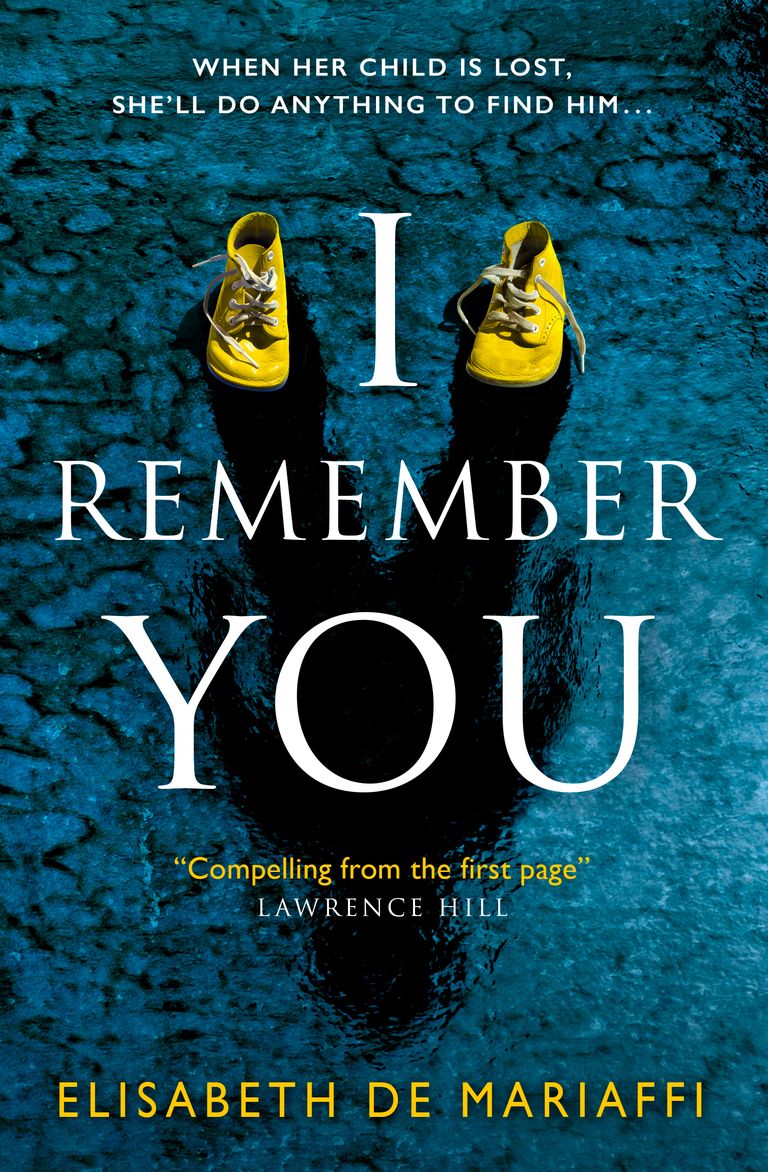 Heike Lerner has a charmed life. ​​​A stay-at-home mother married to a prominent psychiatrist, it’s a far cry from the​ damaged​ ​child she used to be. But her world is ​shaken when her four-year-old son​ ​befriends a little girl at a nearby lake, who​ vanishes under the water. ​And when Heike dives in after her, there’s no sign of a body.

Desperate to ​discover what happened to the child, Heike​ seeks out Leo Dolan, a television writer exploring the paranormal​, but finds herself caught between her controlling husband and the intense Dolan​. Then her son disappears, and Heike's husband was the last to see him alive​...

A Breath After Drowning by Alice Blanchard (published April 2018) Sixteen years ago, Kate Wolfe’s young sister Savannah was brutally murdered. Forced to live with the guilt of how her own selfishness put Savannah in harm’s way, Kate was at least comforted by the knowledge that the man responsible was on death row. But when she meets a retired detective who is certain that Kate’s sister was only one of many victims of a serial killer, Kate must face the possibility that Savannah’s murderer walks free.

Unearthing disturbing family secrets in her search for the truth, Kate becomes sure that she has discovered the depraved mind responsible for so much death. But as she hunts for a killer, a killer is hunting her…

A Baby's Bones by Rebecca Alexander (published May 2018) 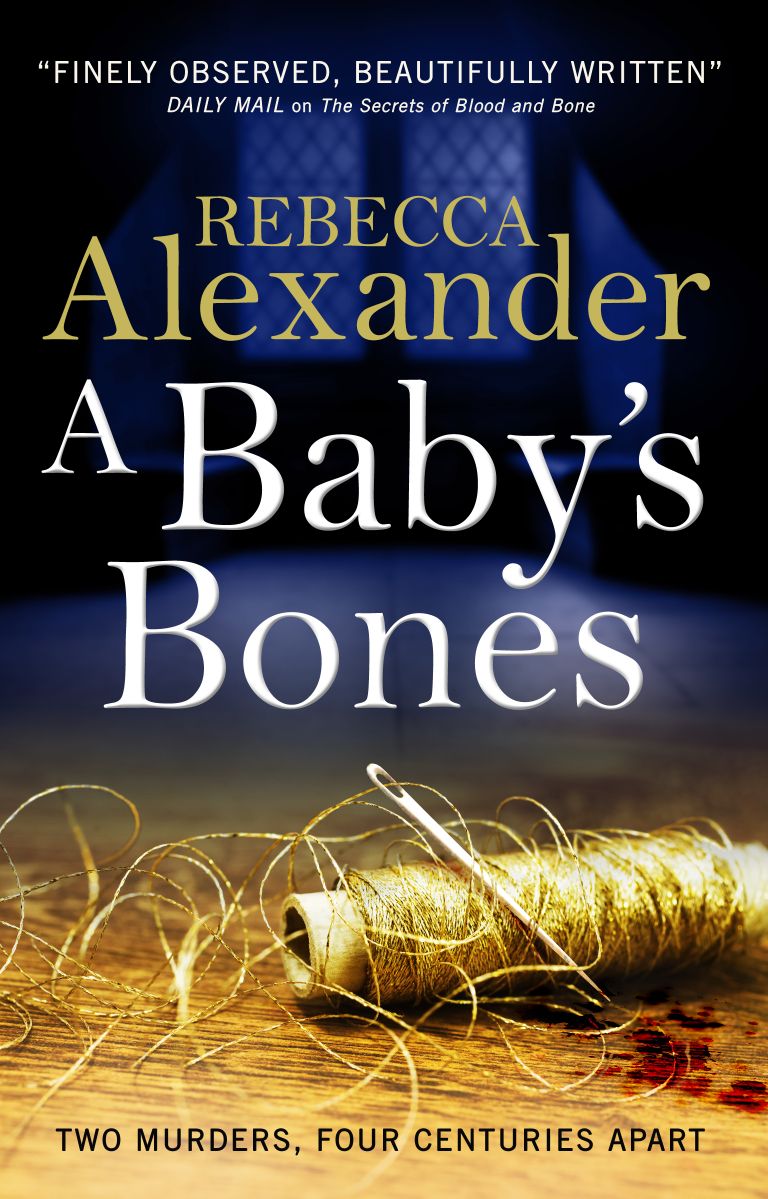 Archaeologist Sage Westfield has been called in to excavate a sixteenth-century well, and expects to find little more than soil and the odd piece of pottery. But the disturbing discovery of the bones of a woman and newborn baby make it clear that she has stumbled onto an historical crime scene, one that is interwoven with an unsettling local legend of witchcraft and unrequited love. Yet there is more to the case than a four-hundred-year-old mystery. The owners of a nearby cottage are convinced that it is haunted, and the local vicar is being plagued with abusive phone calls. Then a tragic death makes it all too clear that a modern murderer is at work… 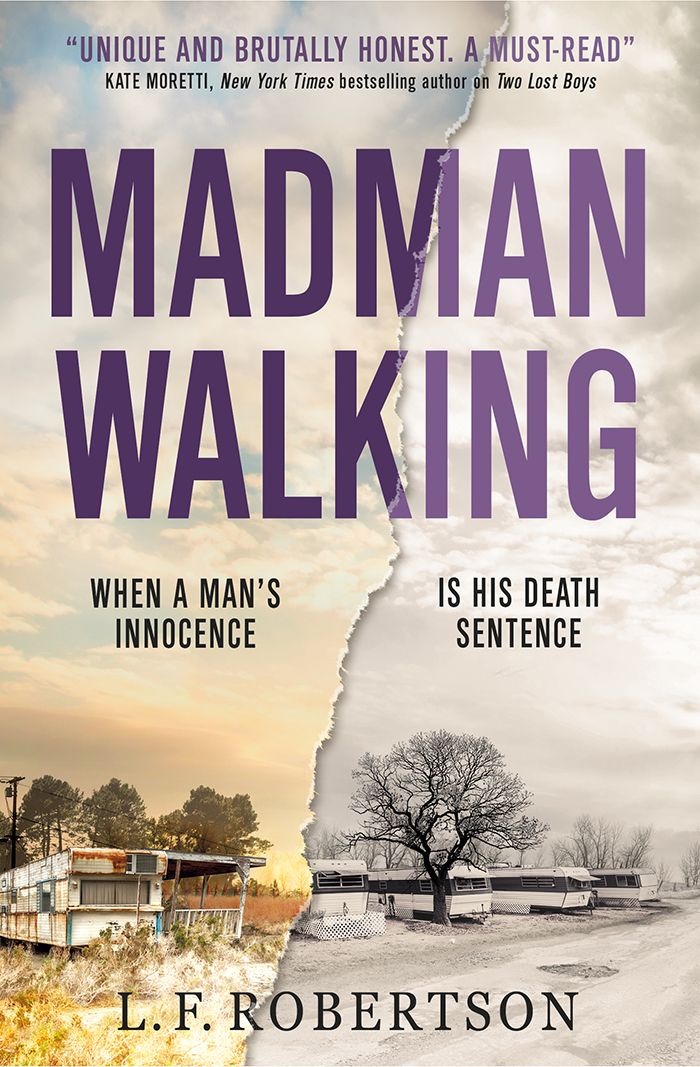 Howard Henley is not a killer. That seems obvious to lawyer Janet Moodie when she’s called in to work his appeal. Her new client was convicted of arranging the shooting of a drug dealer, but the man who pulled the trigger has always said Henley had nothing to do with it. So why is Henley the one on death row?

Janet’s new case takes her from the desperate world of prison gangs, where men are murdered as an initiation rite, to the courtroom, where a mental illness might mean the difference between life and death. Can she convince a judge of her client’s innocence before it’s too late? A group of criminals in 1946 pull off the heist of the century, stealing a dozen priceless works of art from a Boston museum. But while the thieves get caught, the art is never found. Forty years later, the last surviving thief gets out of jail and goes hunting for the loot, involving some innocent college students in his dangerous plan – and thirty years after that, in the present day, the former college kids, now all grown up, are drawn back into danger as the still-missing art tempts a deadly new generation of treasure hunters. A breathtakingly clever, twist-filled narrative that moves from 1946 to 1988 to 2014 and back again, CHARLESGATE CONFIDENTIAL establishes Scott Von Doviak as a storyteller of the first order, and will leave you guessing until the very last page. 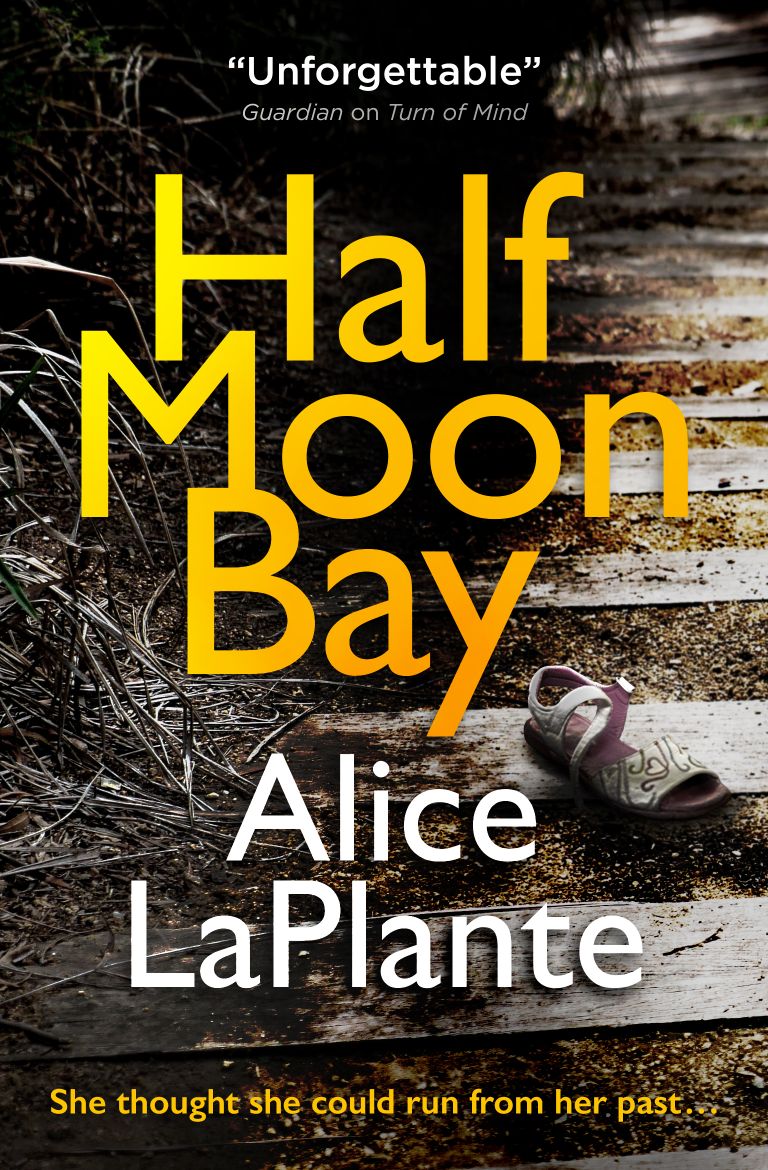 Jane O’Malley loses everything when her teenage daughter is killed in a senseless accident. Devastated, she makes a stab at a new life and moves from San Francisco to the tiny seaside town of Half Moon Bay. As the months go by she is able to cobble together some possibility of peace. Then children begin to disappear, and soon Jane sees her own pain reflected in all the parents in the town. She wonders if she will be able to live through the aching loss, the fear once again surrounding her, but as the disappearances continue, fingers of suspicion all begin to point at her. 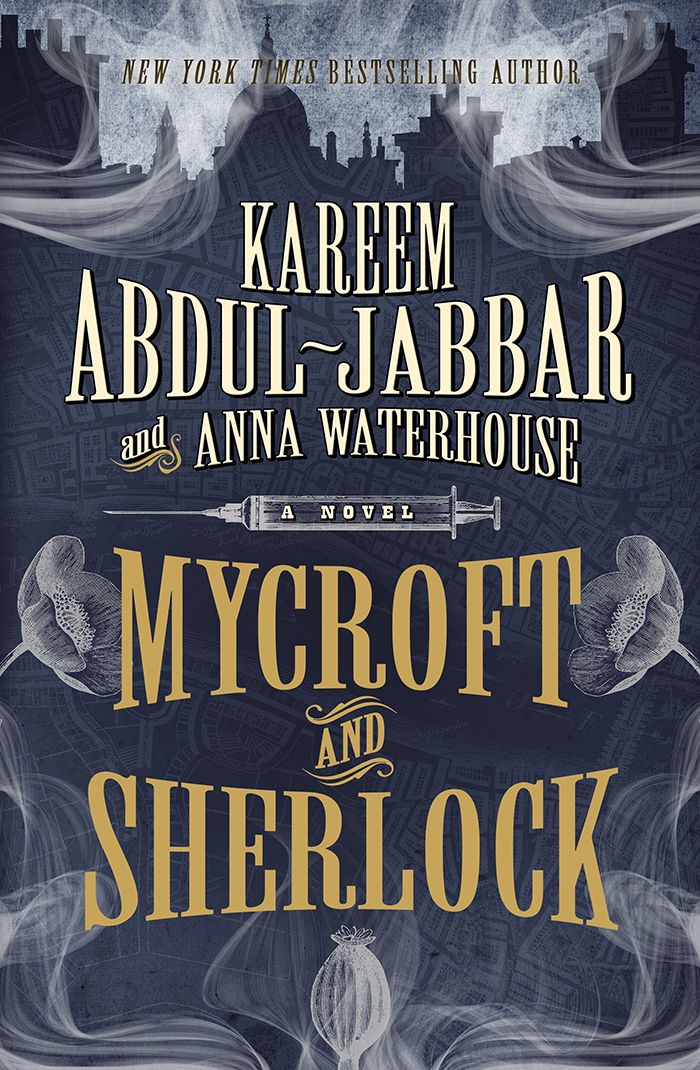 It is 1872, and a series of gruesome murders is the talk of London. Mycroft Holmes—now twenty-six and a force to be reckoned with at the War Office—has no interest in the killings; however his brother Sherlock has developed a distasteful fascination for the macabre to the detriment of his studies, much to Mycroft’s frustration.

When a ship carrying cargo belonging to Mycroft’s best friend Cyrus Douglas runs aground, Mycroft persuades Sherlock to serve as a tutor at the orphanage that Douglas runs as a charity, so that Douglas might travel to see what can be salvaged. Sherlock finds himself at home among the street urchins, and when a boy dies of a suspected drug overdose, he decides to investigate, following a trail of strange subterranean symbols to the squalid opium dens of the London docks. Meanwhile a meeting with a beautiful Chinese woman leads Mycroft to the very same mystery, one that forces him to examine the underbelly of the opium trade that is enriching his beloved Britain’s coffers.

As the stakes rise, the brothers find that they need one another’s assistance and counsel. But a lifetime of keeping secrets from each other may have catastrophic consequences…