From beautiful art books for this year's big blockbuster games to new fiction set in your favorite game's universe, we've had a great year for gamers here at Titan. Check out some of our highlights below! 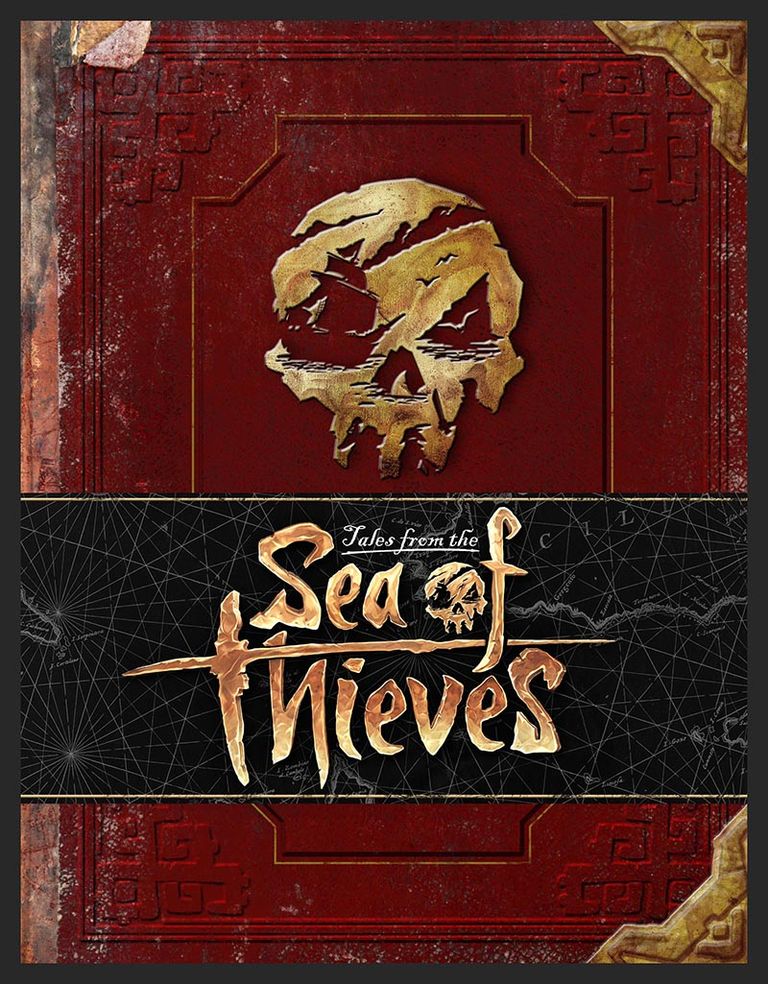 Narrated by three unique pirate captains the book will take a look at the world through their eyes. From laughable pirate suspicions to the towns and islands these hardened seafarers call home, they’ll introduce and explore the fantastical Sea of Thieves, home to krakens, mermaids and buried treasure.

Including sea shanties, illustrations and sketches by the pirates and their crew, and much more, the book will immerse you in the world of Sea of Thieves. As an artifact fished straight from within the game universe, it features all the wear and tear expected from a grog-swilling pirate’s life.

Sea of Thieves is an open world pirate adventure, where you can join a crew of friends online to sail the high seas, fight other ships and see where the tide takes you. 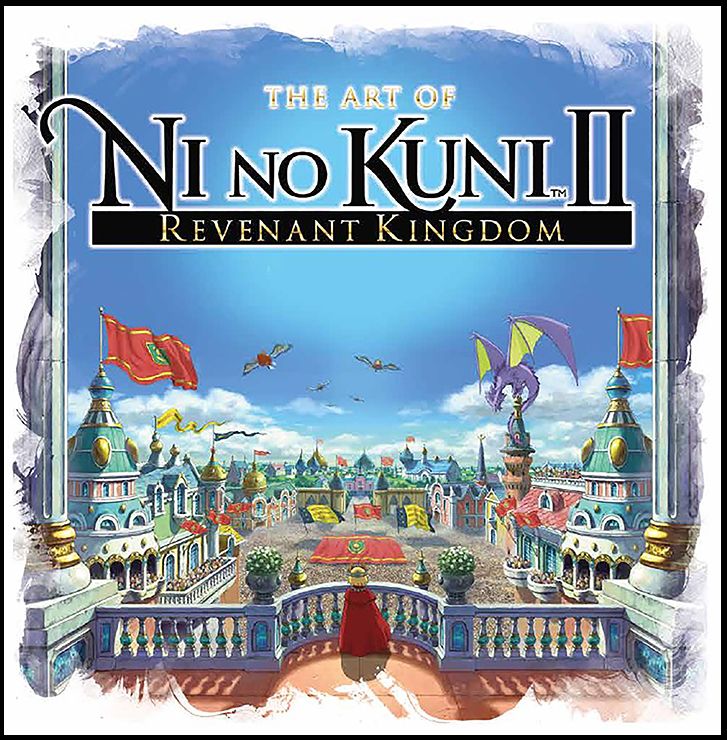 This book is the ultimate fan resource, showcasing the development of the amazing characters, monsters, vehicles and locations from initial concept sketches through to the finished artworks. 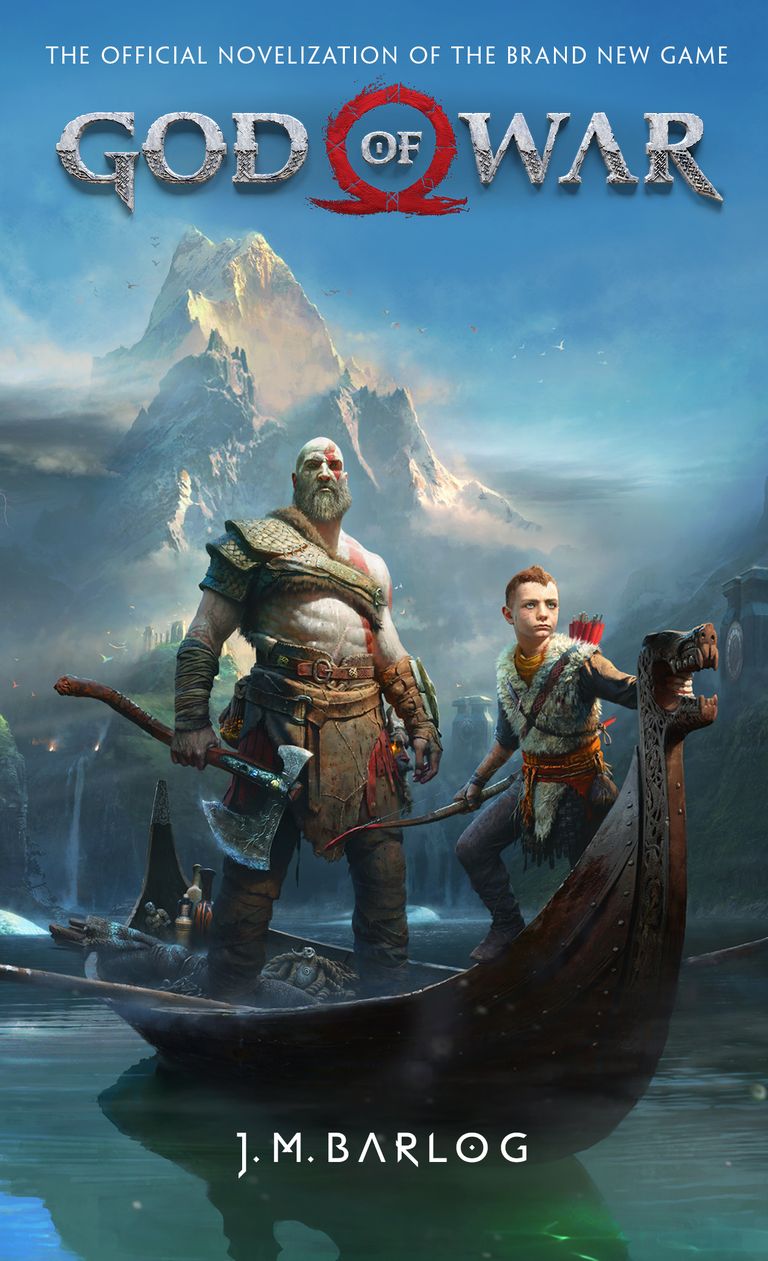 His vengeance against the Gods of Olympus years behind him, Kratos now lives as a man in the realm of Norse gods and monsters. It is in this harsh, unforgiving world that he must fight to survive… and teach his son to do the same. This startling reimagining of God of War deconstructs the core elements that defined the series—satisfying combat; breathtaking scale; and a powerful narrative—and fuses them anew. THE OFFICIAL PREQUEL TO THE BLOCKBUSTER ACTION VIDEO GAME!

PETER PARKER is caught in a complicated web. Working in a cutting-edge laboratory, he’s a young scientist who’s trying to make a difference. Yet he’s constantly burdened by the responsibilities of his second career as the crime-fighting…SPIDER-MAN

Wilson Fisk—the so-called Kingpin of Crime—has returned to New York, establishing himself publicly as an altruistic entrepreneur and philanthropist. Spider-Man knows better, but he can’t uncover Fisk’s scheme that, if executed, will make the crime lord “too big to fail.”

When a new threat—a deadly doppelganger with Spider-Man’s suit and abilities—wreaks havoc in the streets, can the real wall-crawler prove his innocence? With the clock ticking and lives on the line, can Spider-Man stop the brutal rampage of the Blood Spider? Will Spider-Man fall to his fears and foes, or will he rise and be greater?

Marvel's Spider-Man: The Art of the Game by Paul Davies (published September 2018) 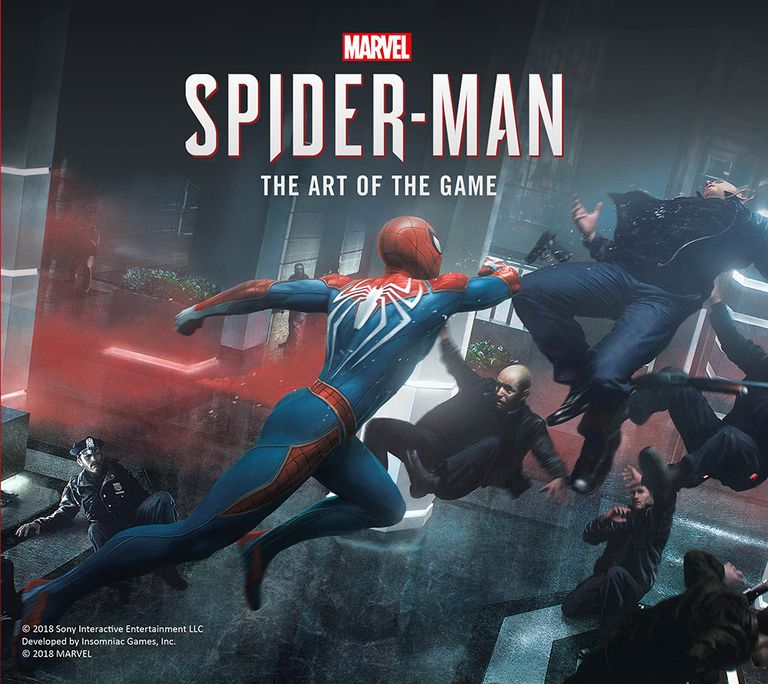 An exclusive behind-the-scenes look at the creation of Marvel’s Spider-Man.

The worlds of Peter Parker and Spider-Man collide in the action-packed Marvel’s Spider-Man videogame exclusively on the PS4. Marvel’s Spider-Man: The Art of the Game is packed with hundreds of exclusive full-colour images of Spider-Man, his suit and equipment, the allies he relies on like MJ Watson and Aunt May, and the deadly villains he battles. This wealth of material is accompanied by exclusive insight into the creative process from the talented developers, artists, and designers responsible for bringing Spider-Man’s world to vivid life. 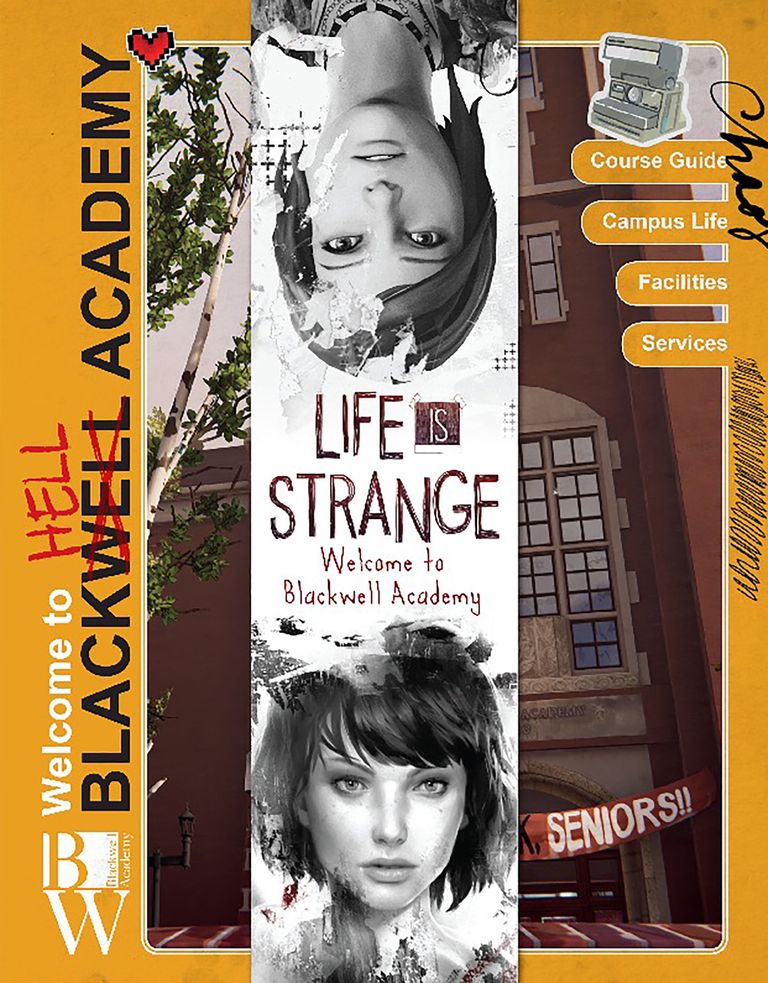 Welcome to Blackwell Academy is an in-universe book from the Life is Strange video game franchise from Dontnod Entertainment and Square Enix. This detailed book takes the form of a student guide to Blackwell Academy and the town of Arcadia Bay. Overlaid onto the pages is graffiti: notes, doodles, sketches and photographs from the Blackwell students themselves, including contributions from the beloved protagonists Max and Chloe.

Welcome to Blackwell Academy includes information on the staff and facilities of Blackwell Academy, the people and locations of Arcadia Bay, overlaid with funny, irreverent and poignant comments from the students. 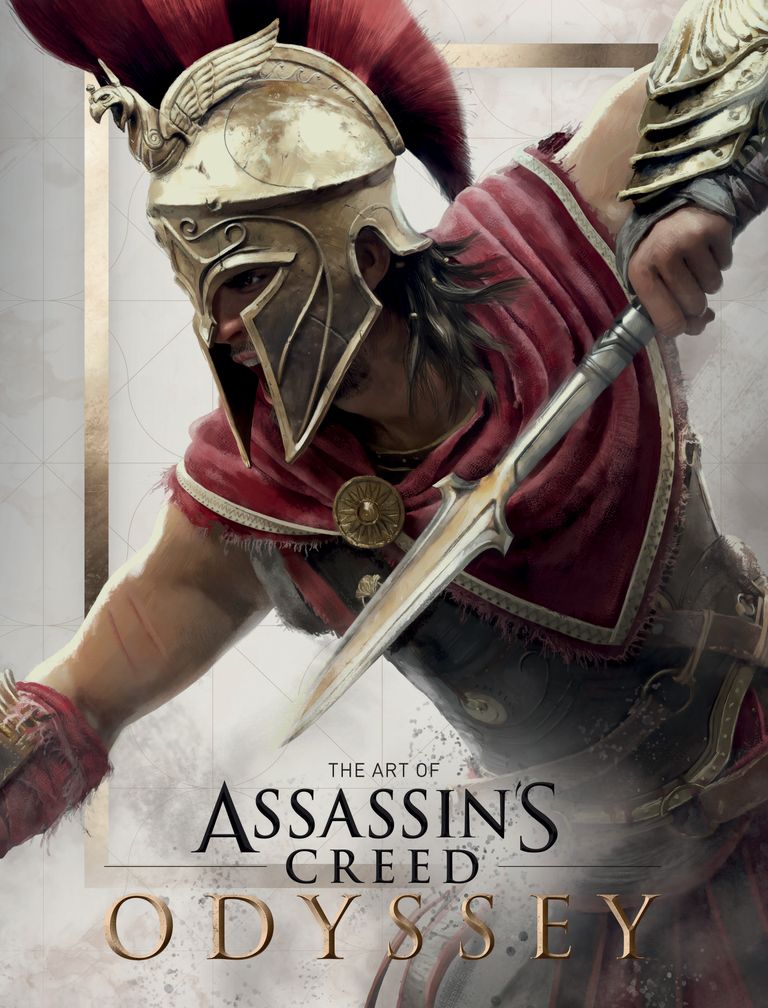 The newest game in the franchise, Assassin’s Creed® Odyssey, takes players on an epic voyage through history. The Art of Assassin’s Creed Odyssey collates hundreds of concept arts, including sketches, final paintings, and 3D renders, alongside in-depth commentary from the artists and developers, representing the ultimate insight into the design processes behind the game. 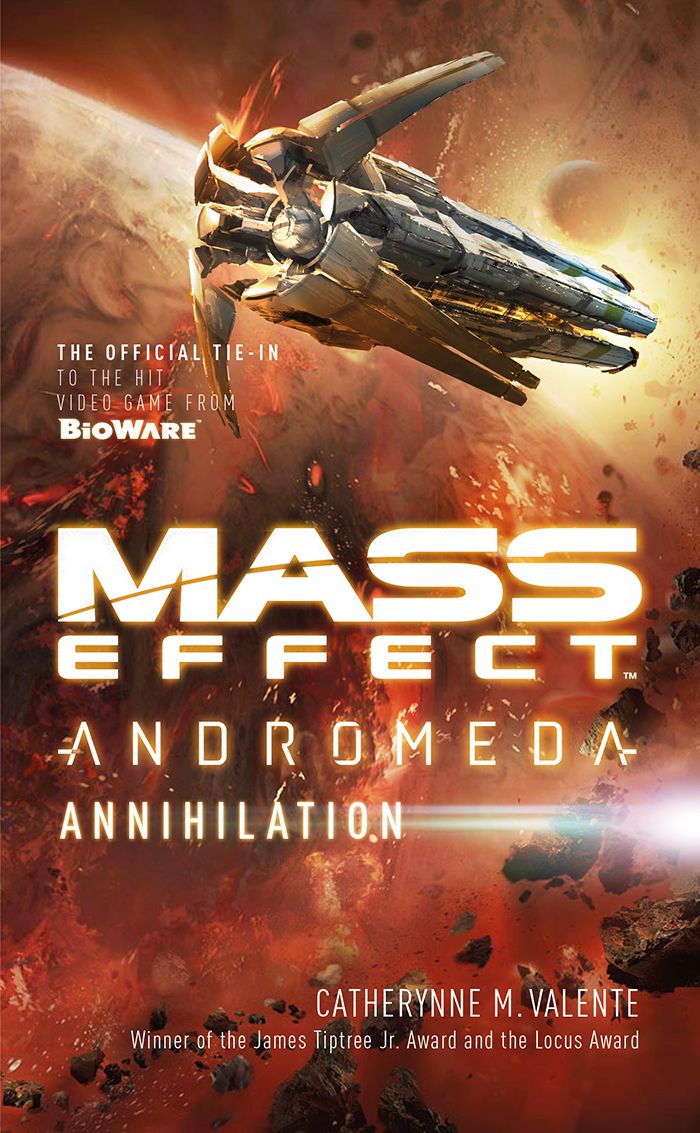 The Quarian ark Keelah Si’yah sails toward the Andromeda galaxy, carrying 20,000 colonists from sundry races including the drell, the elcor, and the batarians. Thirty years from their destination, a routine check reveals drell lying dead in their pods, and a deadly pathogen on board. Soon, the disease is jumping species, and it quickly becomes clear that this is no accident. It’s murder, and the perpetrator is still on board.

The ship’s systems rapidly degrade, and panic spreads among the colonists, for the virus yields a terrible swelling of the brain that causes madness, hallucinations, and dreadful violence. If the ship’s crew can’t restore their technology and find a cure, the Keelah Si’yah will never make it to the Nexus.

Marvel Contest of Champions: The Art of the Battlerealm by Paul Davies (published December 2018) 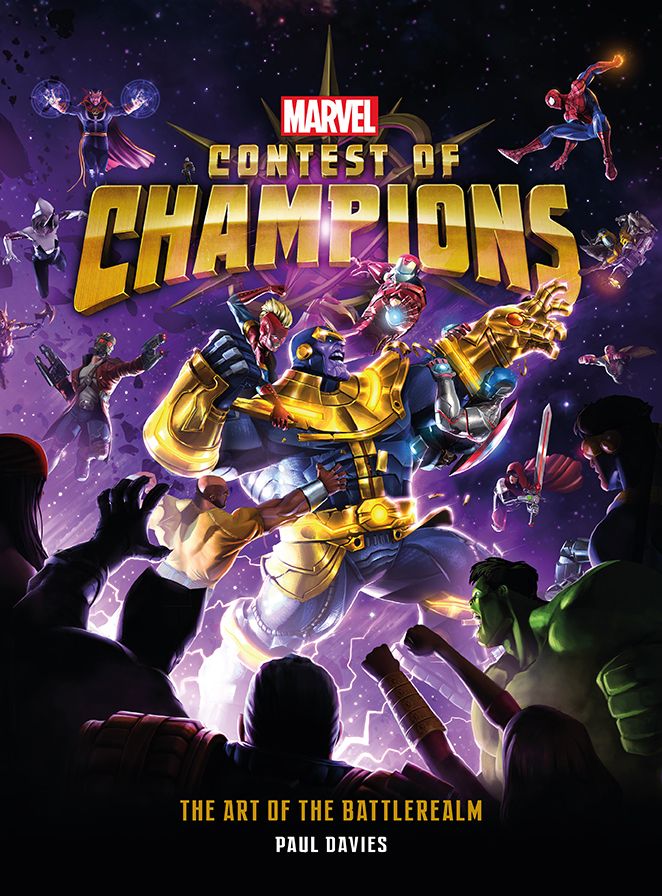 Over the years, Marvel Contest of Champions has become more epic, the heroes more powerful, and the enemies more cunning—but the game has retained its core: the greatest battles in Marvel history! You have been summoned to the Battlerealm for the greatest Super Hero showdowns! Who will conquer the Contest?

Marvel Contest of Champions: The Art of the Battlerealm is the ultimate visual companion for a true collector. Capturing the intensity of Kabam’s extraordinary game, this book features incredible concept art, sketches, and storyboards. Discover more about Marvel’s vast Battlerealm—the cosmic arena for the Contest of Champions—and your favorite Super Heroes and Villains, with exclusive commentary from the creators and fascinating insights into the creative process. This incredible collection of art will take you on an exciting journey through the dangerous and mysterious world of Marvel Contest of Champions.