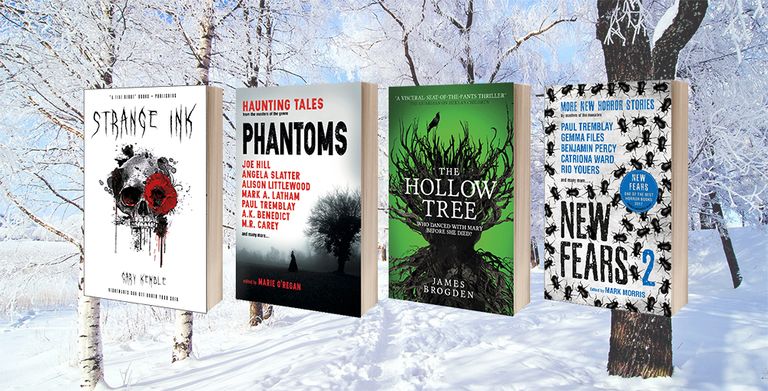 Between a new novel from Paul Tremblay, terrifying debuts and short fiction from some of the genre’s best writers, there was plenty to keep you sleeping with the lights on in 2018! Check out some of our favourites here... 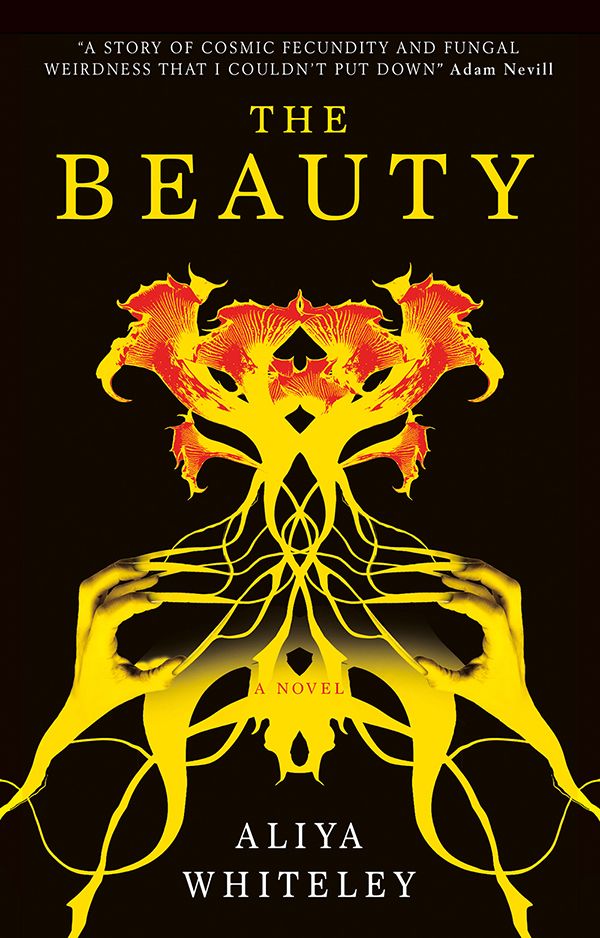 Somewhere away from the cities and towns, in the Valley of the Rocks, a society of men and boys gather around the fire each night to listen to their history recounted by Nate, the storyteller. Requested most often by the group is the tale of the death of all women.

They are the last generation.

One night, Nate brings back new secrets from the woods; peculiar mushrooms are growing from the ground where the women’s bodies lie buried. These are the first signs of a strange and insidious presence unlike anything ever known before… 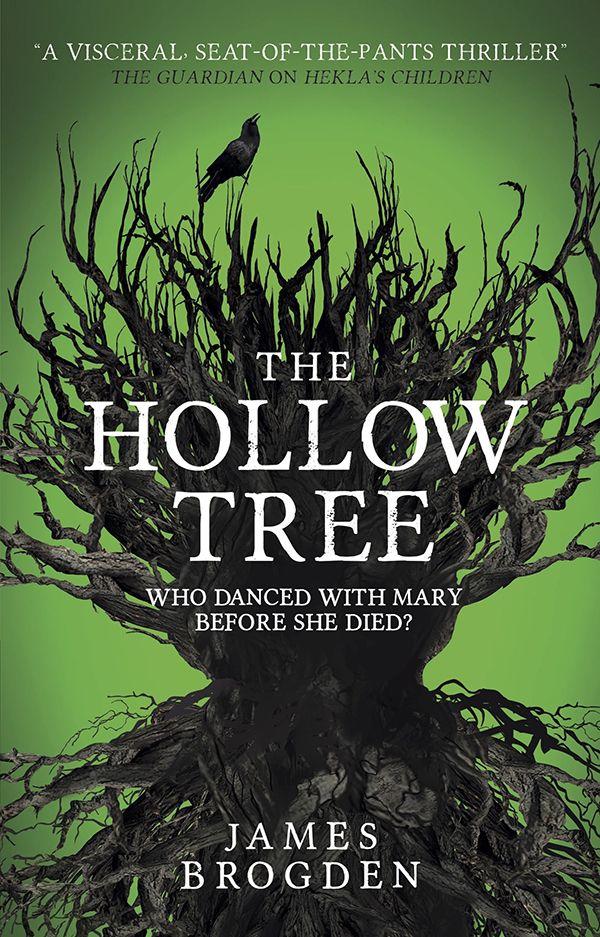 WHO DANCED WITH MARY BEFORE SHE DIED?

After her hand is amputated following a tragic accident, Rachel Cooper suffers vivid nightmares of a woman imprisoned in the trunk of a hollow tree, screaming for help. When she begins to experience phantom sensations of leaves and earth with her lost hand, Rachel is terrified she is going mad… but then another hand takes hers, and the trapped woman is pulled into our world.  She has no idea who she is, but Rachel can’t help but think of the mystery of Oak Mary, a female corpse found in a hollow tree, and who was never identified. Three urban legends have grown up around the case; was Mary a Nazi spy, a prostitute or a gypsy witch? Rachel is desperate to learn the truth, but darker forces are at work. For a rule has been broken, and Mary is in a world where she doesn’t belong… 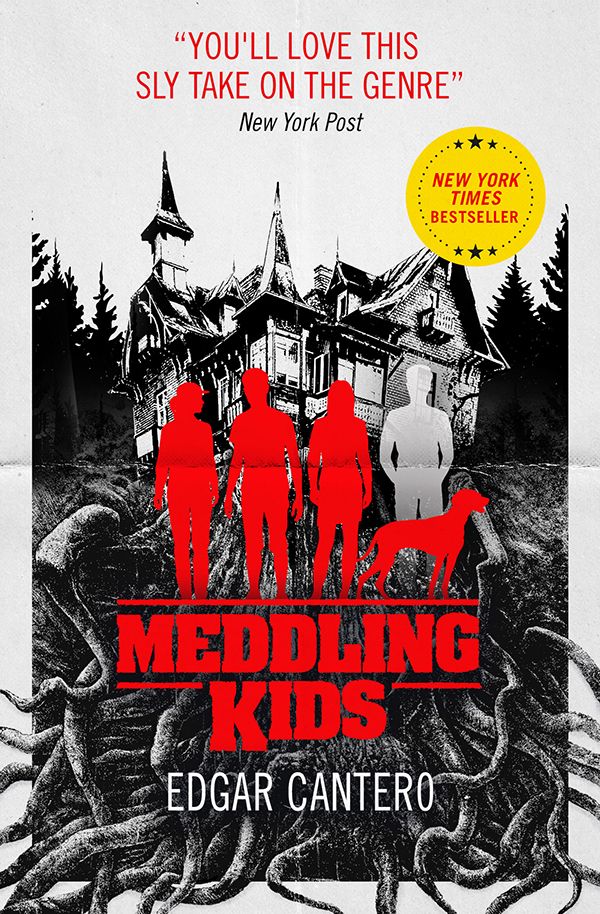 In 1977 the Blyton Summer Detective Club unmasked the elusive Sleepy Lake monster—another low-life fortune hunter who would have gotten away with it too, if it weren’t for those meddling kids.

By 1990 the former detectives are haunted by strange, half-remembered events that cannot be explained by a guy in a mask. Andy, the once-intrepid tomboy now wanted in two states, wants answers. To find them she will need Kerri, the former kid genius now drinking her ghosts away in New York with Tim, an excitable Weimaraner descended from the original canine member of the club. They will also have to get Nate, the horror nerd currently residing in an asylum. Luckily Nate has not lost contact with Peter, the handsome jock turned movie star who was once their leader… which is remarkable, considering Peter has been dead for years.

The time has come to get the team back together and find out what actually happened all those years ago. It’s their only chance to end the nightmares and, perhaps, save the world. 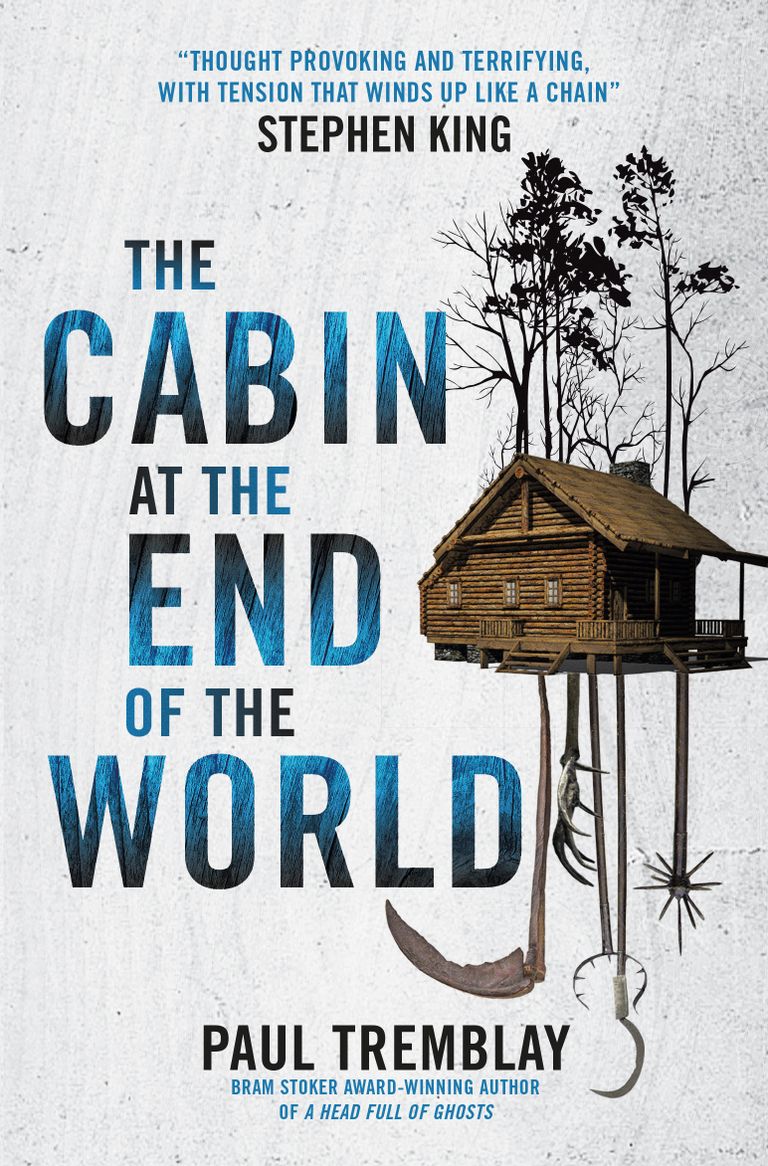 Seven-year-old Wen and her parents, Eric and Andrew, are vacationing at a remote cabin on a quiet New Hampshire lake, with their closest neighbours more than two miles in either direction.

As Wen catches grasshoppers in the front yard, a stranger unexpectedly appears in the driveway. Leonard is the largest man Wen has ever seen but he is young and friendly. Leonard and Wen talk and play until Leonard abruptly apologises and tells Wen, “None of what’s going to happen is your fault”. Three more strangers arrive at the cabin carrying unidentifiable, menacing objects. As Wen sprints inside to warn her parents, Leonard calls out: “Your dads won’t want to let us in, Wen. But they have to. We need your help to save the world.”

So begins an unbearably tense, gripping tale of paranoia, sacrifice, apocalypse, and survival that escalates to a shattering conclusion, one in which the fate of a loving family and quite possibly all of humanity are intertwined.

Twenty-one brand-new stories of the ominous and terrifying from some of the horror genre’s most talented writers. In ‘The Dead Thing’ Paul Tremblay draws us into the world of a neglected teenage girl and her younger brother and the evil that lurks at the heart of their family. In Gemma Files’ ‘Bulb’ a woman calls in to a podcast to tell the terrifying story of why she has escaped off-grid. And Rio Youers’ ‘The Typewriter’ tells in diary form of the havoc wreaked by a malevolent machine. Infinitely varied and beautifully told, New Fears 2 is an unmissable collection of horror fiction. 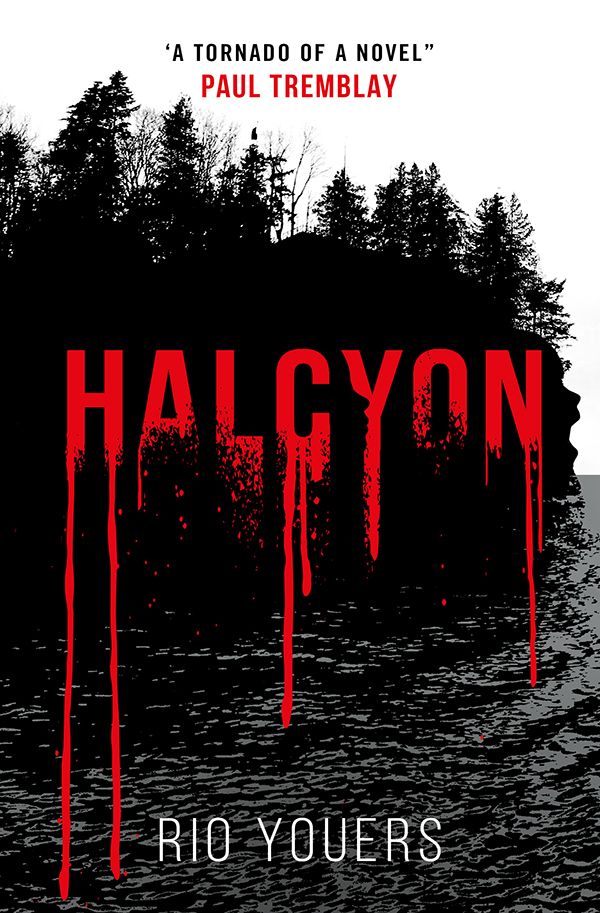 Halcyon is the answer for anyone who wants to escape, but paradise isn't what it seems.

A self-sustaining community on a breathtakingly beautiful island, Halcyon is run for people who want to live without fear, crime or greed. Its leader has dedicated her life to the pursuit of Glam Moon, a place of eternal beauty and healing, and believes the pathway there can only be found at the end of pleasure.

On the heels of tragedy, Martin Lovegrove moves his family to Halcyon. A couple of months, he tells himself, to retreat from the chaos and grind. Yet he soon begins to suspect there is something beneath Halcyon’s perfect veneer. As the founder captivates his young family, Martin sets out to discover the truth of the island, however terrible it might be, where something so perfect hides unimaginable darkness beneath… 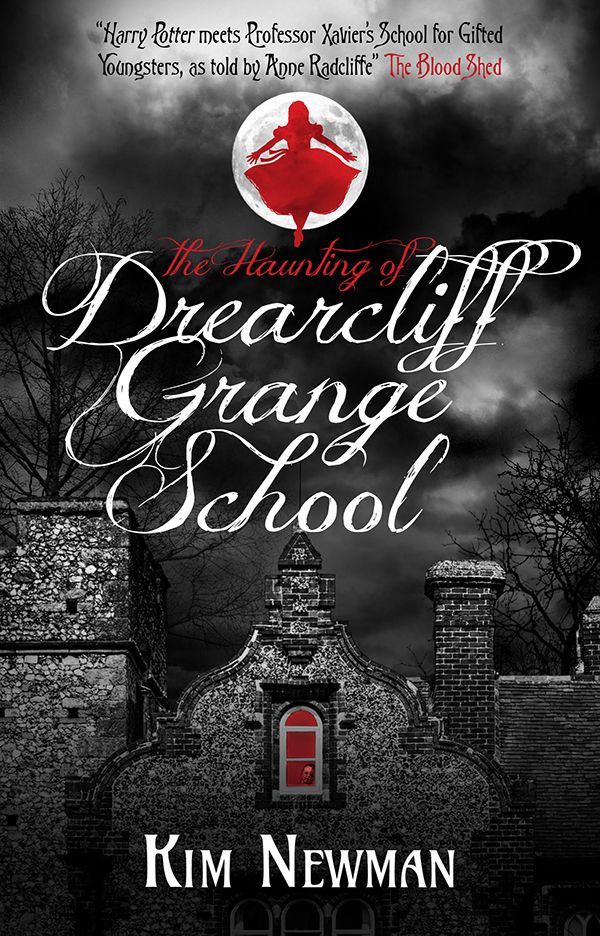 Amy Thomsett – the girl who flies on moth wings – is confident she can solve any mystery, sleuth out any secret and defy any dark force. With her friends in the Moth Club she travels to London to take part in the Great Game, a contest of skill against other institutes of learning. In a nightmare, and in the cellars of a house in Piccadilly, Amy glimpses a spectre who might have dogged her all her life, the Broken Doll. Wherever the limping ghost is seen, terror strikes. And the lopsided, cracked-face, glass-eyed creature might well be the most serious threat the Moth Club have ever faced. 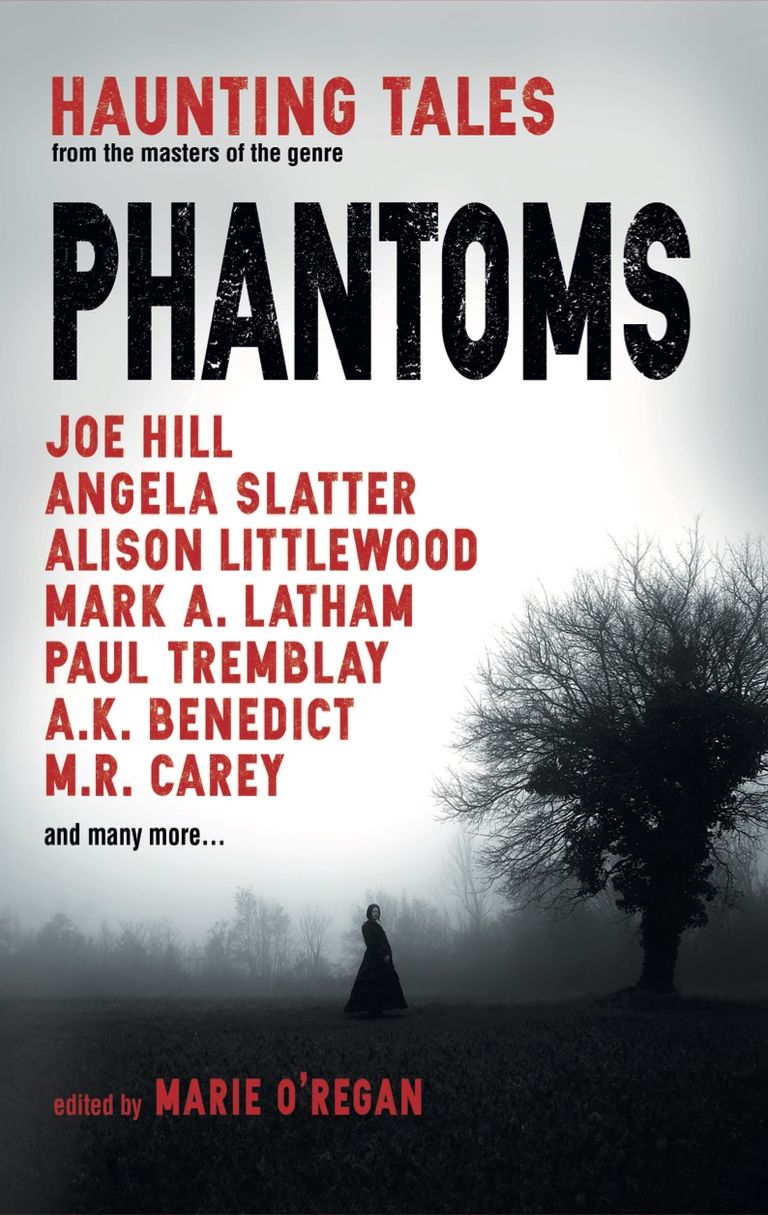 The brightest names in horror showcase a ghastly collection of eighteen ghost stories that will have you watching over your shoulder, heart racing at every bump in the night. In “My Life in Politics” by M.R. Carey the spirits of those without a voice refuse to let a politician keep them silent. In “The Adjoining Room” by A.K. Benedict a woman finds her hotel neighbour trapped and screaming behind a door that doesn’t exist. George Mann’s “The Restoration” sees a young artist become obsessed with returning a forgotten painting to its former glory, even if it kills her. And Laura Purcell’s “Cameo” shows that the parting gift of a loved one can have far darker consequences than ever imagined…

These unsettling tales from the some of the best modern horror writers will send a chill down your spine like someone has walked over your grave… or perhaps just woken up in their own. 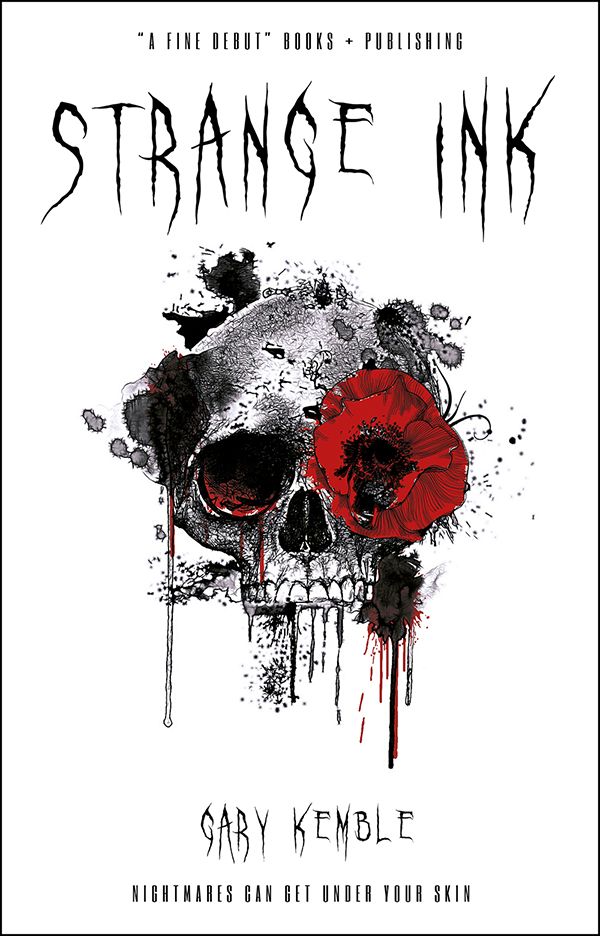 When washed-up journalist Harry Hendrick wakes one morning with a hangover and a strange symbol tattooed on his neck, he shrugs it off as a bad night out. But soon more tattoos appear: grisly, violent images which come accompanied by horrific nightmares – so he begins to dig deeper. Harry’s search leads him to a sinister disappearance, torment from beyond the grave, and a web of corruption and violence tangled with his own past. One way or another, he has to right the wrongs.

The Arrival of Missives by Aliya Whiteley (published November 2018) 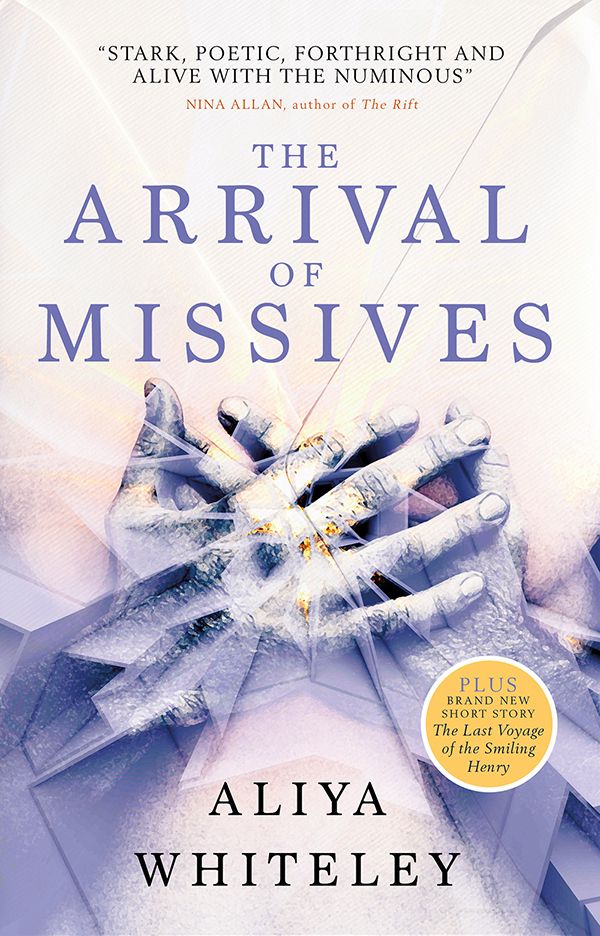 In the aftermath of the Great War, Shirley Fearn dreams of challenging the conventions of rural England, where life is as predictable as the changing of the seasons. The scarred veteran Mr. Tiller, left disfigured by an impossible accident on the battlefields of France, brings with him a message: part prophecy, part warning. Will it prevent her mastering her own destiny? As the village prepares for the annual May Day celebrations, where a new queen will be crowned and the future will be reborn again, Shirley must choose: change or renewal?

It is the autumn of 1910, and for fifteen long years Sherlock Holmes and Dr John Watson have battled R’lluhloig, the Hidden Mind that was once Professor James Moriarty. Europe is creeping inexorably towards war, and a more cosmic conflict is nearing its zenith, as in a single night all the most eminent members of the Diogenes Club die horribly, seemingly by their own hands. Holmes suspects it is the handiwork of a German spy working for R’lluhloig, but his search for vengeance costs an old friend his life.

The companions retreat to Holmes’s farm on the Sussex Downs, and it is not long before a client comes calling. Three young women have disappeared from the nearby town of Newford, and the locals have no doubt who is responsible. For legend has it that strange amphibious creatures dwell in a city on the seabed, coming ashore every few centuries to take fresh captives. As Holmes and Watson seek out the terrifying interlopers, the scene is set for the final battle that will bring them face to face with the Sussex Sea-Devils, and perhaps with Cthulhu himself…