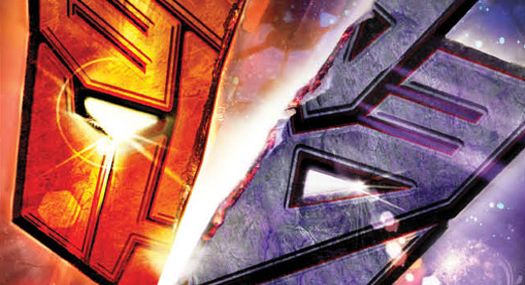 What is Transformers: Exodus about?

The short version is that it's about how Optimus Prime and Megatron became Optimus Prime and Megatron. As the book begins, they're both unknown, ordinary bots. Megatron's sense of injustice at the Cybertronian caste system sends him off on a revolutionary cursade, and Orion Pax starts hearing his message. They come into contact and develop a friendship because both of them believe that Cybertron is in need of Change They Can Believe In (to, um, coin a phrase).

Then, of course, they begin to disagree over methods. Everything comes to a head when Orion Pax becomes Optimus Prime and begins to discover his destiny. That's what starts the civil war and the sequence of events that, long after the end of this book, ends up with the Autobots and Decepticons on Earth.

How familiar were you with the Transformers mythology, when you started work on Exodus?

I knew the mythology in broad strokes, I'd say, and dove into it once I decided to do this book. By the time I was done, I was pretty steeped in the lore--and also in some of the fan arguments over various continuities. This is a passionate fan base, and as a writer, you can't help but respond to that.

Prequels often get to reveal surprising information about its protagonists. What aspects of the Transformers story were you excited to explore in Exodus?

This is the event that started it all, in a way. That's exciting to explore. I got to go back and look at how the two most famous Transformers became who they were. Another cool part of the project was the creation of Cybertron itself. I really wanted to bring the planet to life, and to dig into what it would be like to live there--both as a factory drone and as a data clerk, in peace time and in war. The idea that Cybertron is alive, that it give birth in a way to each bot, makes it a character in the book. I had a fine time exploring that. Some of the reveals about the nature and actions of the Thirteen were excellent too; I wish I could have done more there, but I guess that'll have to wait for another book! (Which there will be, by the way.)

Were there any difficulties in writing a story where all the characters are robots? And how does their characterization differ from when you write about humans?

The one difference I ran into right up front was that I couldn't use any of the typical figures of speech that refer to human bodies or anything organic. For example, I couldn't use the word "eye." Try that sometime! So there were some descriptive challenges. Beyond that, it was just a matter of treating the bots as characters like any other characters. They're mechanical, sure, but they're sentient beings, with feelings like any other sentient being.

The new video game War for Cybertron is set during the same time period as Exodus. Have you had a chance to play the game?

Sadly, no. All this writing limits my video-game time...well, actually it's the new baby that limits my video game time, but I can't really complain about that. I might just have to get it, though. Or at least I should make sure my kids have it! 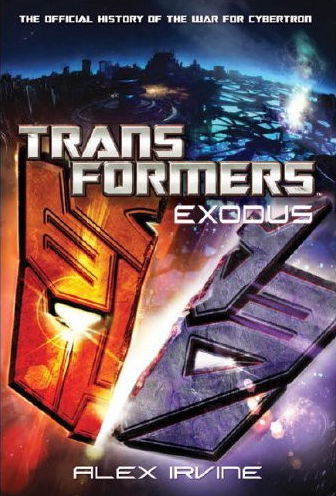 Find out more about Alex Irvine at his Official Website.