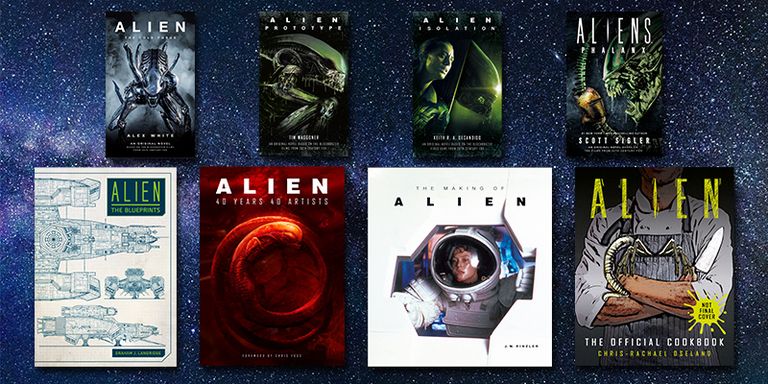 Can’t get enough of the Alien franchise? Then check out the below list of some of the highlights from our selection of official tie-in titles – whether you’re looking for new adventures in a beloved universe, or a closer look at the classic films, we have a book for you. And remember… in space, no one can hear you scream! 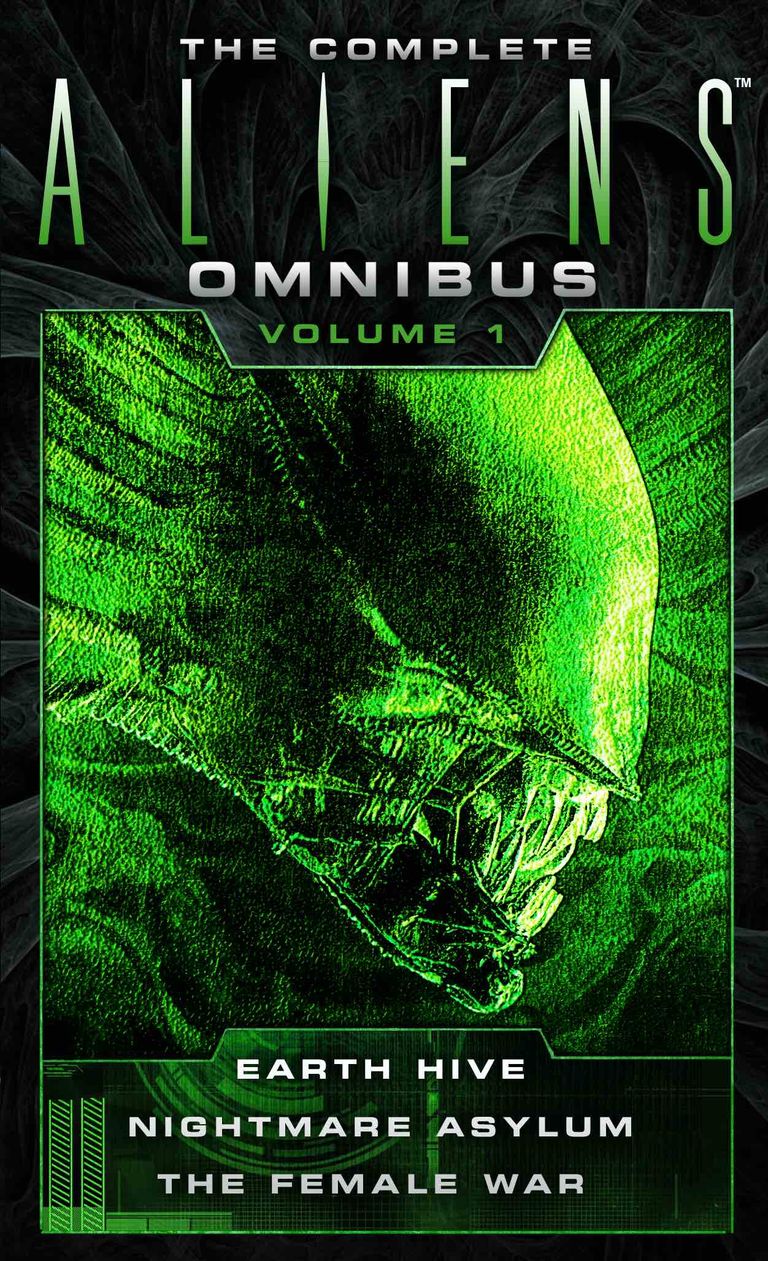 They come in silence like death in the night. They are perfect killing machines. They are the Aliens. And some people value them above all else. But the attempt to weaponize a creature of such power is a very dangerous game for the inhabitants of Earth to play... The first volume of The Complete Aliens Omnibus contains Earth Hive by Steve Perry, Nightmare Asylum by Steve Perry and The Female War by Steve Perry and Stephani Perry. 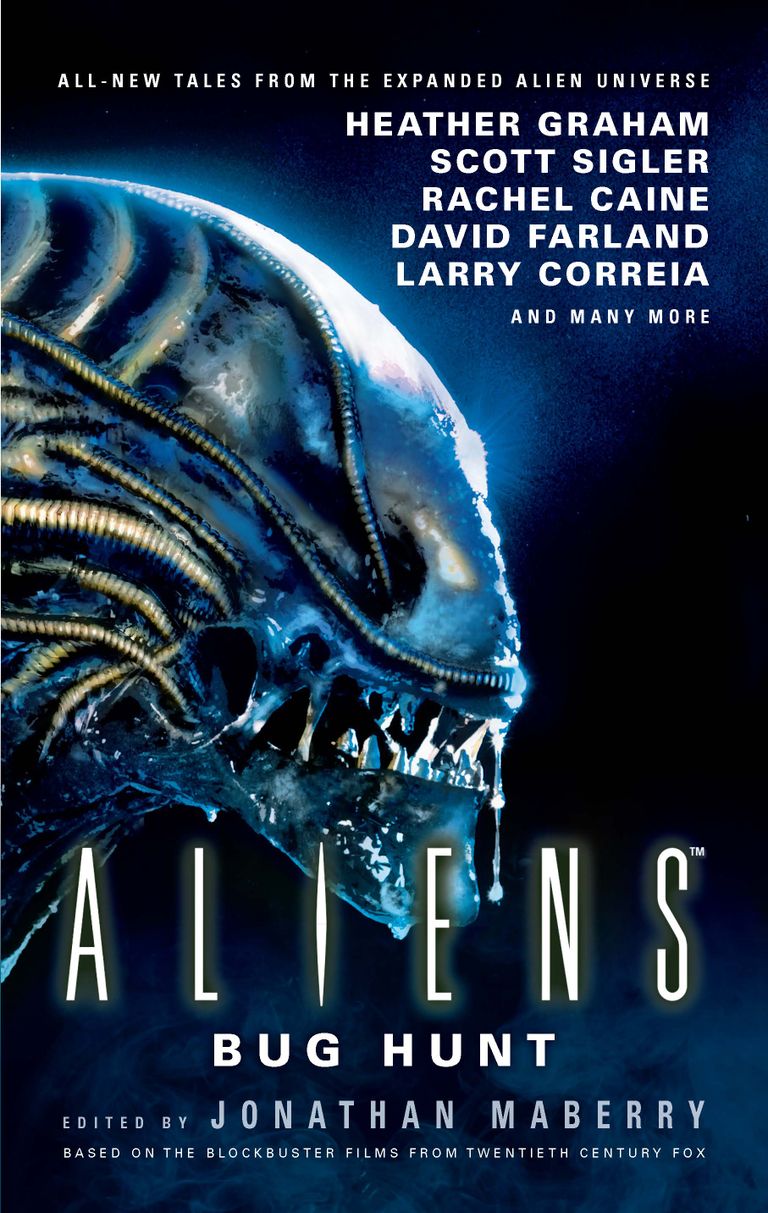 Eighteen brand new stories—exclusive to this collection—featuring the Colonial Marines in bloody conflict with the deadly Aliens. Aliens: Bug Hunt will send the marines into deep space, to alien worlds, to derelict space settlements, and into the nests of the universe’s most dangerous monsters. With the failure of the Hadley’s Hope, Weyland-Yutani has suffered a devastating defeat. Yet there’s a reason the company rose to the top, and remote station RB-323 abruptly becomes their greatest hope for weaponizing the Aliens. But there’s a spy aboard—someone who doesn’t necessarily act in the company’s best interests. If discovered, they may be forced to destroy RB-323… and everyone on board. Alien: Into Charybdis by Alex White

The critically acclaimed author of Alien: The Cold Forge takes readers to a rogue colony where terror lurks in the tunnels of an abandoned Weyland-Yutani complex.

It was supposed to be an easy job for “Shy” Hunt and the McAllen Integrations tech crew: set up environmental systems at Hasanova Data Solutions, an Iranian state-owned colony built over a remote ruin. The colony houses dark secrets, though. When a bizarre ship lands on a nearby island, one of the workers is attacked by a taloned creature, and trust evaporates between the Iranians and Americans. The McAllen Integrations crew are imprisoned, accused as spies, but manage to send out a distress signal… to the Colonial Marines. 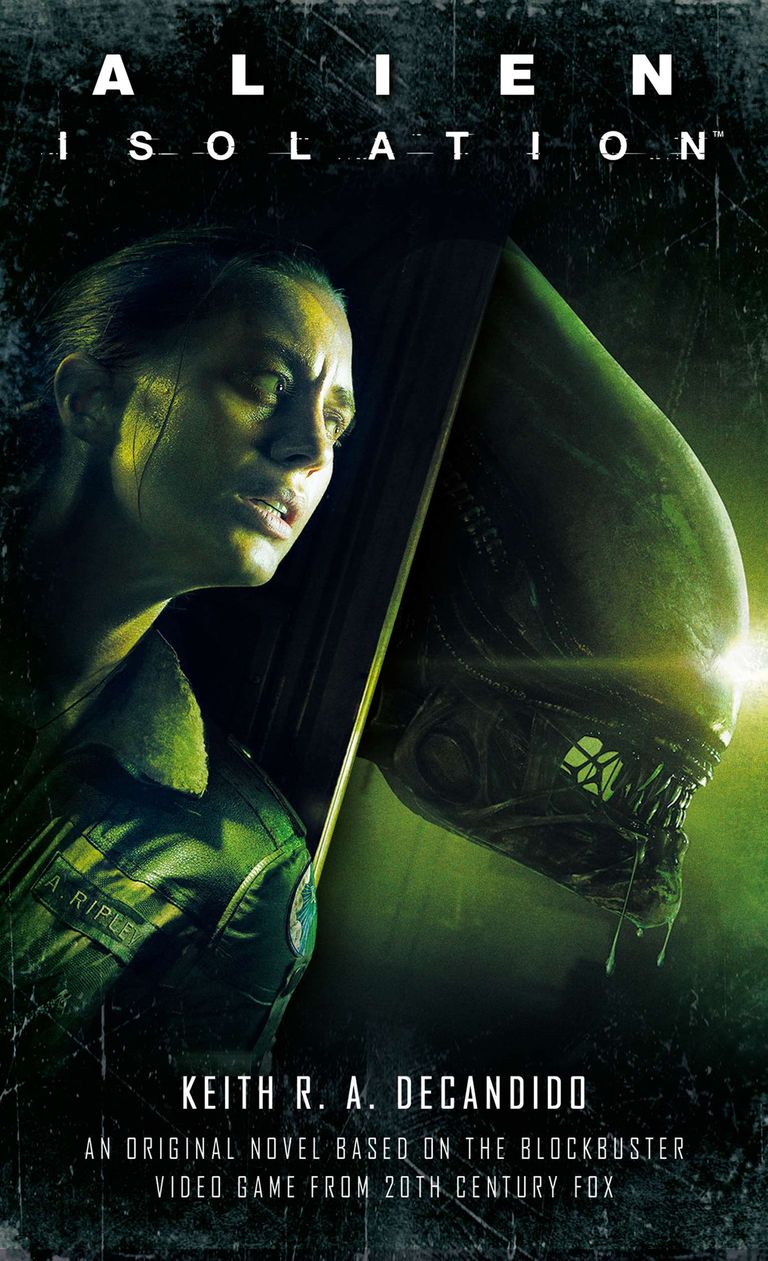 The product of a troubled and violent youth, Amanda Ripley is hellbent to discover what happened to her missing mother, Ellen Ripley. She joins a Weyland-Yutani team sent to retrieve the Nostromo flight recorder, only to find space station Sevastopol in chaos with a Xenomorph aboard. Flashbacks reveal Amanda’s history and events that forced her mother to take the assignment aboard the Nostromo. 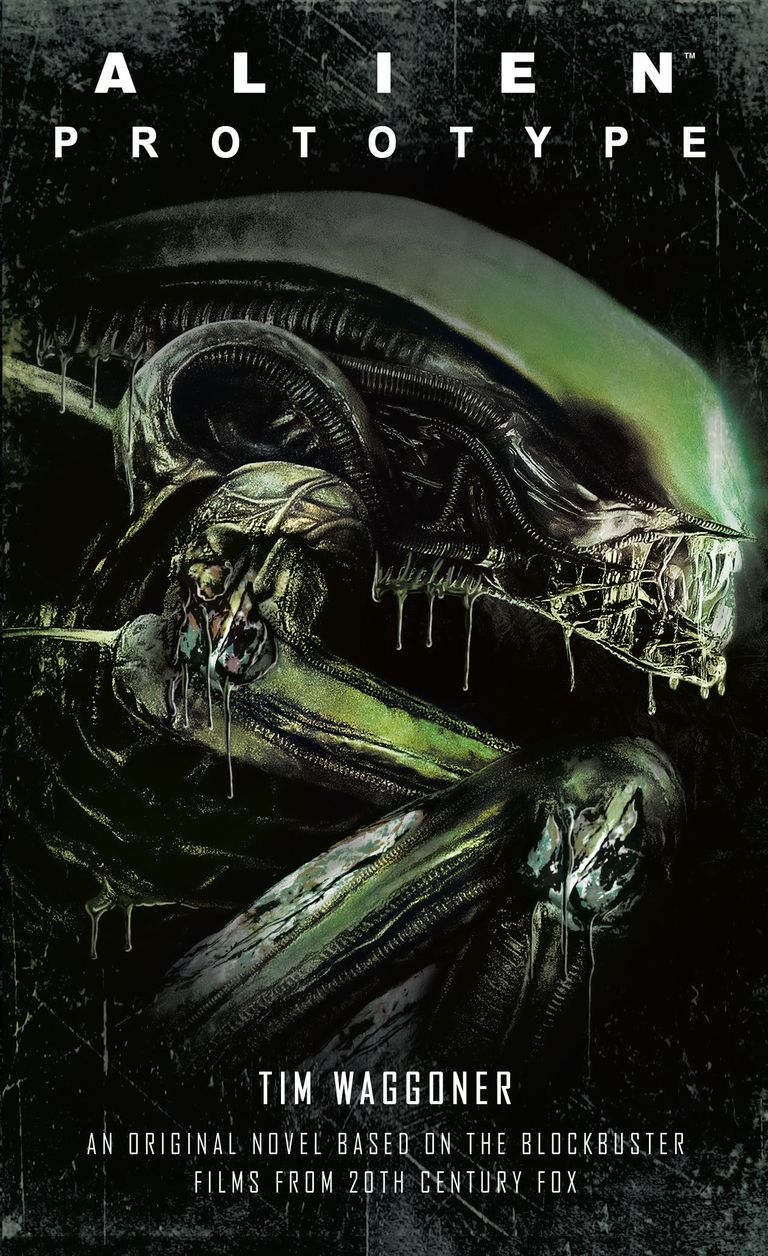 Corporate spy Tamar Prather steals a Xenomorph egg from Weyland-Yutani, taking it to a lab facility run by Venture, a Weyland-Yutani competitor. Former Colonial Marine Zula Hendricks—now allied with the underground resistance—infiltrates Venture’s security team. When a human test subject is impregnated, the result is a Xenomorph that, unless it’s stopped, will kill every human being on the planet. Ataegina was a flourishing medieval world until demons turned it into a living hell. Swarms of lethal creatures with black husks, murderous claws and dreaded “tooth-tongues” wiped out ninety percent of the population, driving survivors into remote mountain keeps. When young warriors discover a weapon they can use against this hideous evil, they journey to Black Smoke Mountain… to kill the Demon Mother. 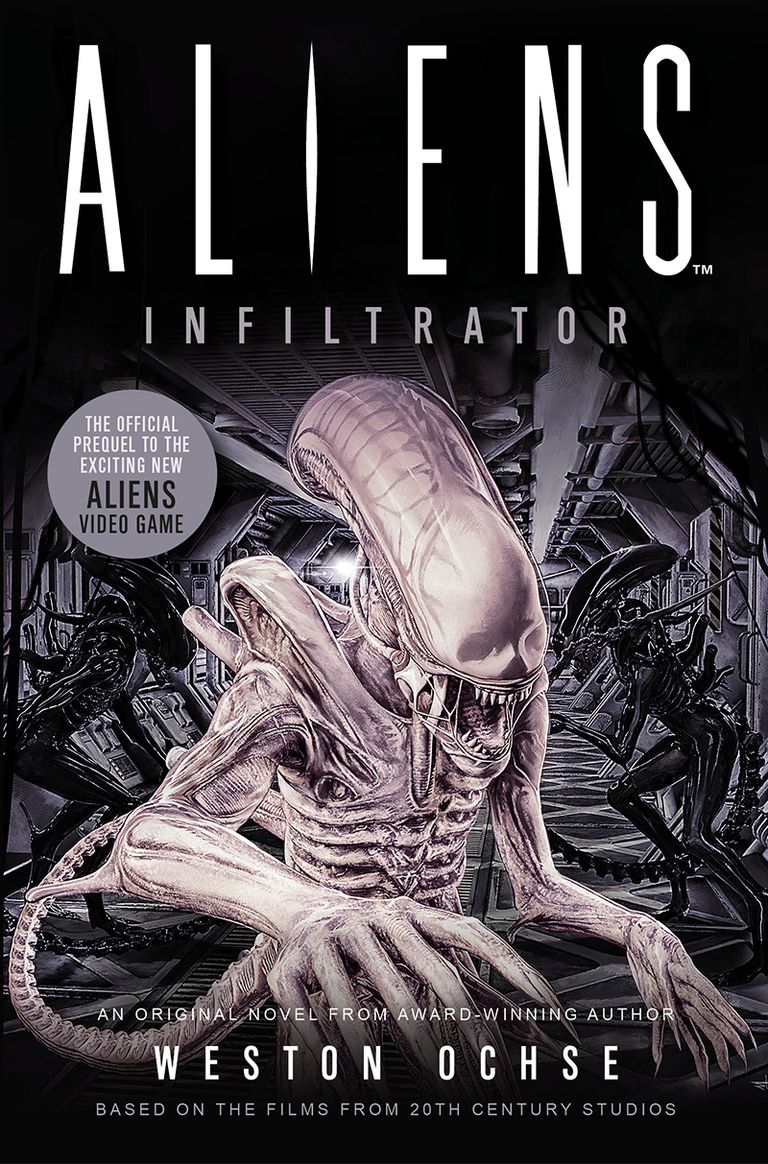 The official prequel to the new Alien video game from Cold Iron Studios. Dr. Timothy Hoenikker arrives on Pala Station, a Weyland-Yutani facility testing the effects of Xenomorph bio-materials on living creatures. As the personnel receive a delivery of alien eggs, the experiments spin out of control. Only a group of former Colonial Marines can stand between the staff and certain death. Alien: The Blueprints by Graham Langridge

Alien: The Blueprints is a collection of brand new blueprints of all the major vehicles, ships and technology of the Alien movie universe. Artist Graham Langridge delves deep into the concept art, set designs and photography to recreate full and accurate blueprints of the drop ship, the Sulaco, the Nostromo and many more. Covering all the movies including Prometheus and Alien: Covenant, this is a must-have for any Alien fan. The Making of Alien by J. W. Rinzler

To celebrate Alien's fortieth anniversary, author J.W. Rinzler (The Making of Star Wars) tells the whole fascinating story of how it evolved from a simple idea into one of the most memorable sci-fi horror thrillers of all time. With brand new interviews with Ridley Scott and other crew, and featuring many rarely-seen photographs and artworks from the archives, The Making of Alien is the definitive work on this masterpiece of popular cinema. The Making of Aliens (Pre-order) by J. W. Rinzler

As one of the most highly regarded movie sequels of all time, Aliens quickly embedded itself in the minds of cinemagoers around the world when it was released in 1986. The Making of Aliens tells the complete story of the film's creation, and includes interviews with the cast and crew, along with revealing photography and fascinating concept art. 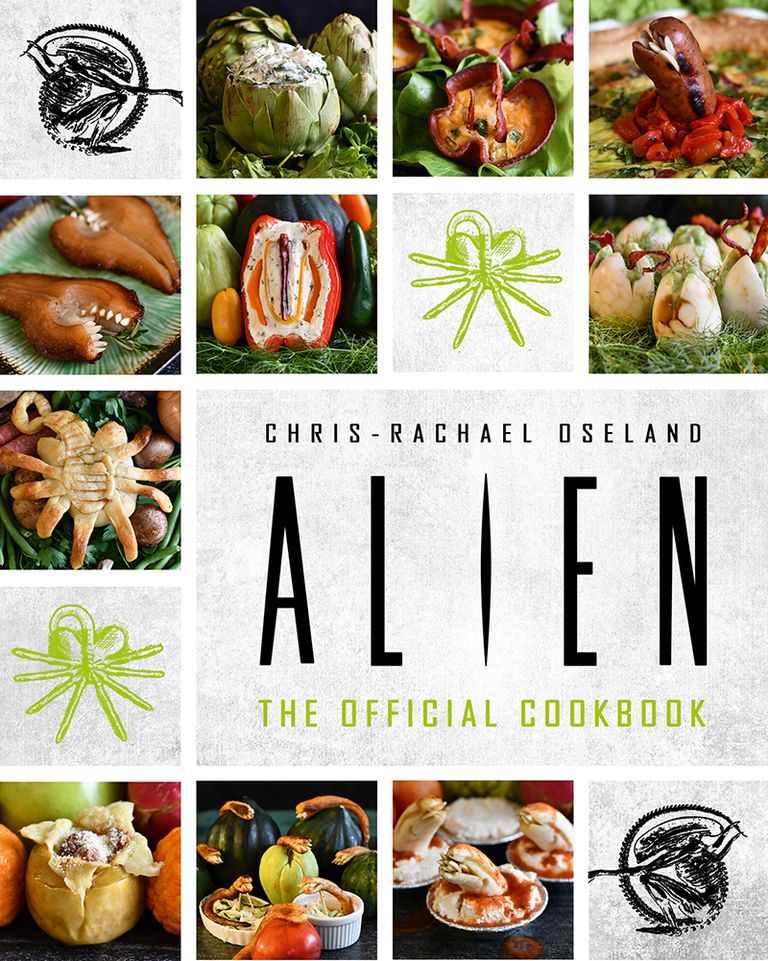 Alien: The Official Cookbook collects together 50 recipes that journey through the Xenomorph's terrifying life cycle; featuring recipes such as avocado Xenomorph eggs and chicken facehugger cordon bleu, there’s something to whet every monstrous appetite. Whether you’re an Alien fan or  just looking for the perfect quirky appetizers, this cookbook will thrill the eyes and the tastebuds. At last, it's your turn to be space’s greatest apex predator.