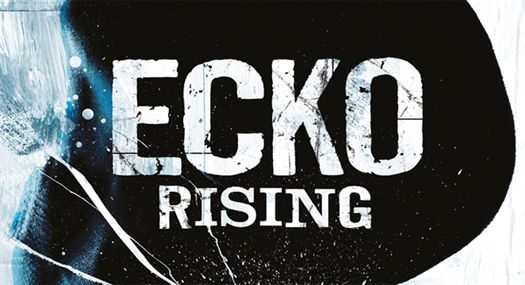 Sometimes when designing it's easiest to begin from the perspective of what you *don't* want on the cover. Despite Ecko being (in it's loosest sense) a 'genre' novel, we knew we didn't want a traditional genre cover, with over blown action scenes and big guns and explosions and all the tired cliches… what we wanted was something a little unusual, something left field and utterly unique - so something which basically summed up the book itself.

The trick to designing an interesting book cover for an interesting book isn't to simply illustrate a scene or an image from the story but to bring the *feeling* of the book out. The most successful covers aren't those which necessarily show you what happens but what it feels like when it does. These are the most challenging covers for everyone involved in the process, from the editor putting together the brief, the designer, the publisher and even down to the person browsing on Amazon or in Waterstones. It also requires an author with both an open mind, and a great deal of trust and on Ecko we couldn't have luckier in that respect…

After reading the cover brief for Danie Ware's epic first novel Ecko, it was clear that it was a complex tale of interwoven ideas and multi-layered realities. Instantly these themes helped to conjure up 'mood boards' ranging from organic, fluid textures to complex fractal patterns and these two such separate approaches added an interesting tension when played against each other. In terms of a focal point for the cover, Ecko himself is obviously the pivot of the book and, with his mottled, camouflage skin is also visually arresting.

With the themes we wanted to explore in place it was a question of pulling images together until we had an arresting cover concept. This meant hitting the stock image website dreamstime.com and pulling out imagery which might work well together.

The covers below were the first early concepts we did and in them it's possible to see all of the themes we were trying to convey, from duality, to tension and violence to the overall mind-bending world of Ecko.

It was generally felt that [v1] and [v4] gave Ecko himself too much prominence - he is a character better served as enigmatic and abstract, to reveal him too clearly on the cover instantly gives him a look and a personality which the reader should be allowed to build themselves.

[v5], although capturing the duality of the world Ecko inhabits well was felt to be a little too YA in it's approach - again, it was too illustrative and not subtle enough.

[v2] and [v3] were favoured for a while - the exploding fractal pattern suggested everything we needed it to however people seemed to respond more to another version which, with a few tweaks became the [final] cover. It's a cover which, thanks to it's painterly approach, is organic and fractured with a strong, slightly distorted silhouette allowing Ecko to be front and centre but also remain enigmatic and mysterious. 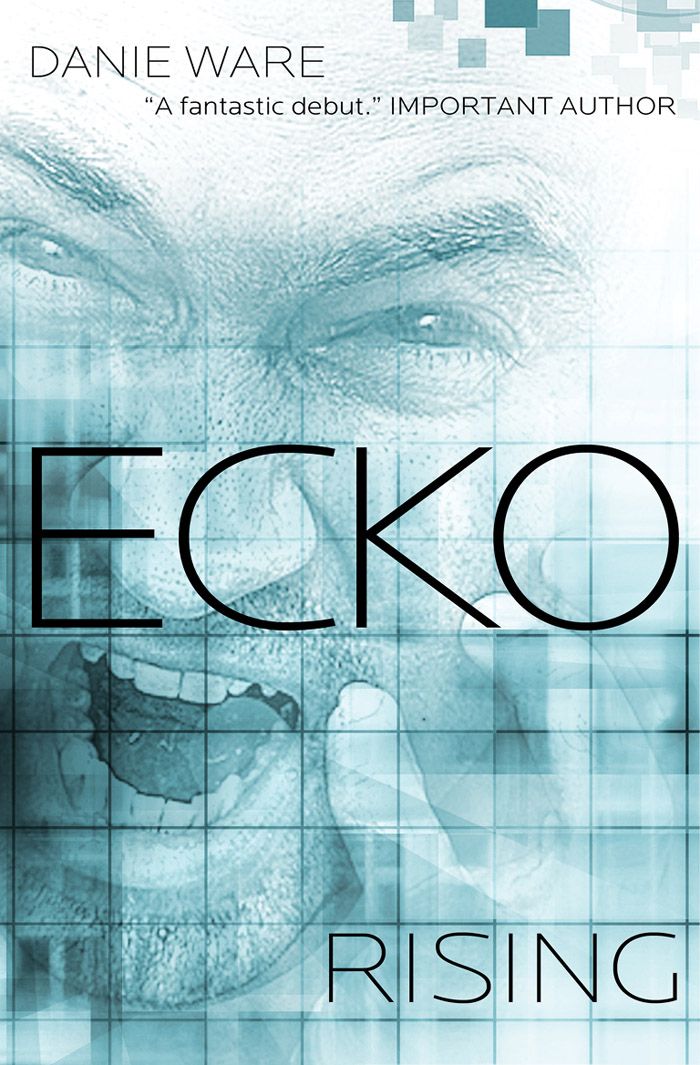 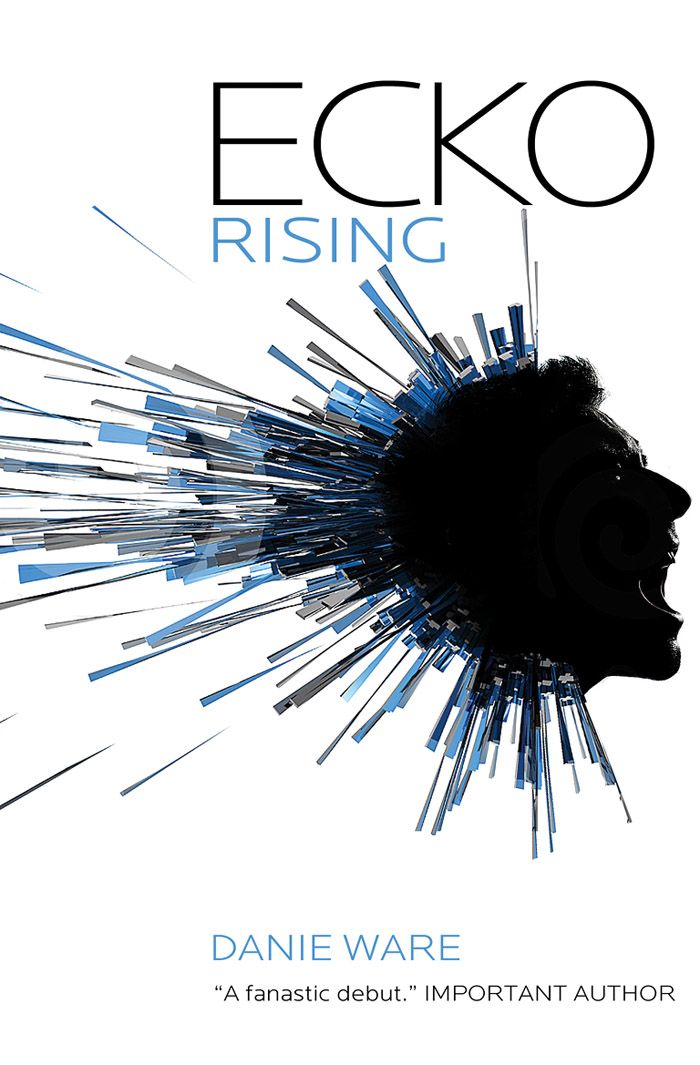 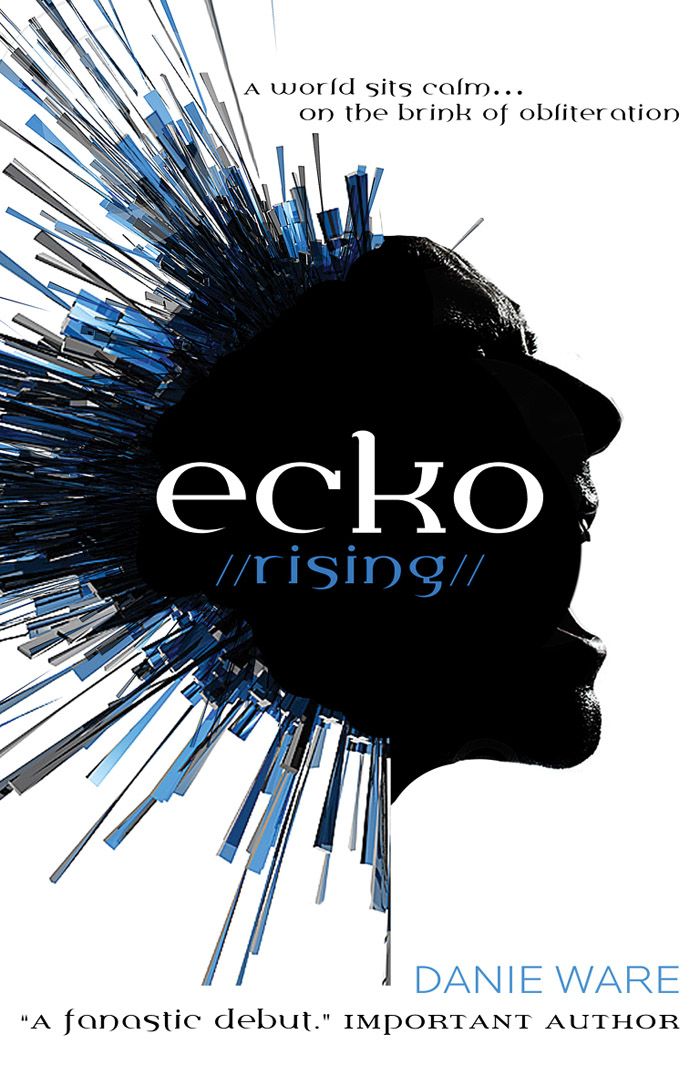 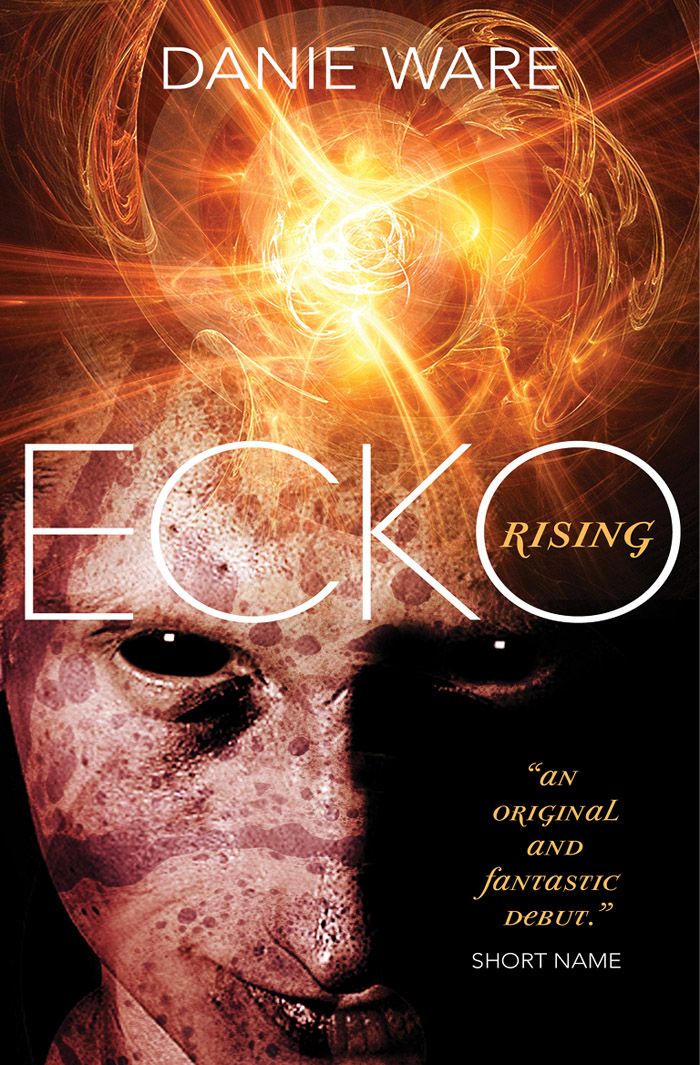 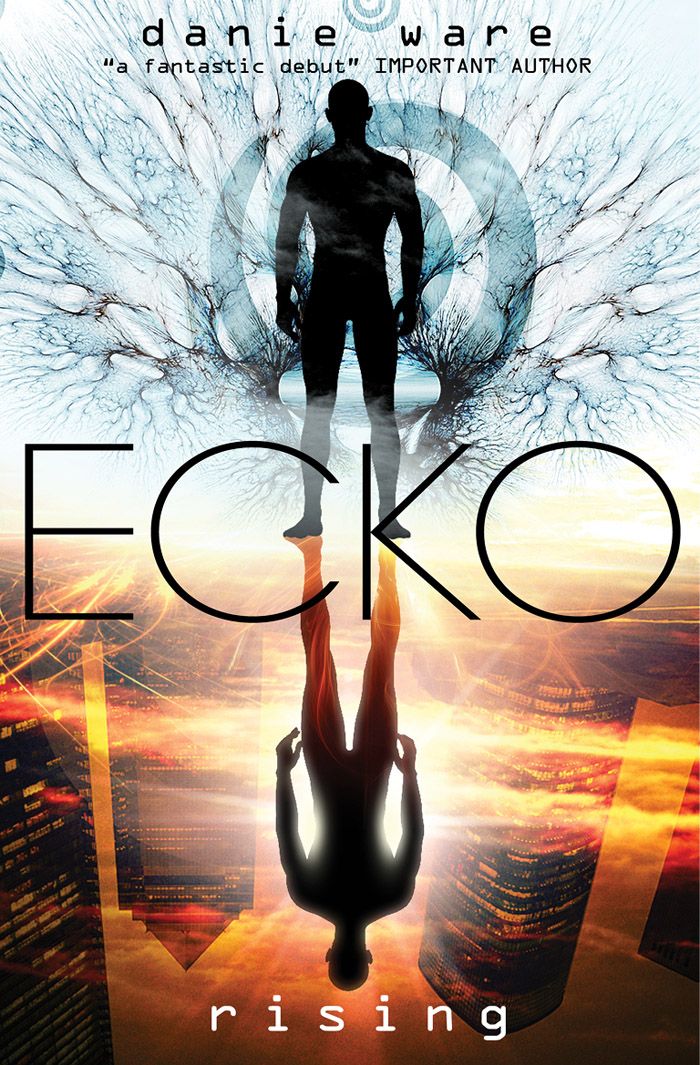 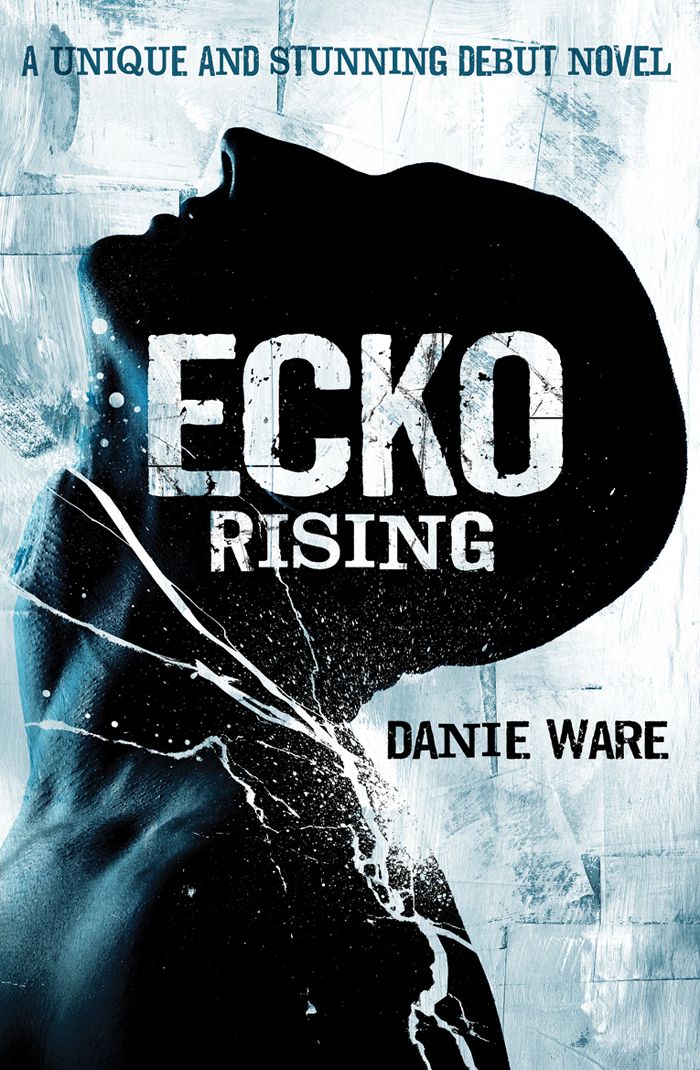