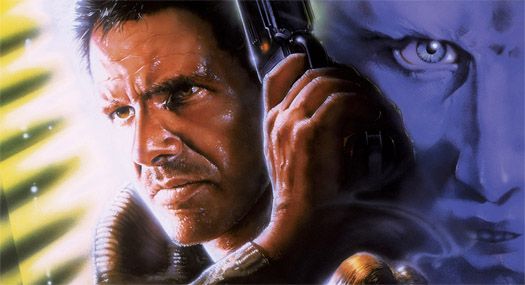 Andrea Alvin is John Alvin’s widow, and as an experienced graphic designer, also worked with him in his studio. We spoke with Andrea about the legacy of John Alvin and the incredible new book The Art of John Alvin.

1) What's your favourite of John's posters?

I have many favorites for different reasons. I will focus on two. Blazing Saddles holds a special place to me because it was John’s first one sheet, and it really launched his career. His work improved vastly from that point forward, but the poster was so unique in its composition and was filled with little jokes throughout. It still makes me smile when I look at it. My second favorite is ET. The image is so iconic and John’s painting evokes such emotion, and he used our daughter Farah’s hand as his final model for Eliot’s hand. None of us had any idea how huge the movie would be, and the image was everywhere! John used to say, “It was the big one, that didn’t get away.” Years later we moved to a new house and it turned out to be ET’s neighborhood and our street was used in the film.

2) What would you say was John’s favourite campaign to work on?

I think that is like asking someone which of their children they like best. He often would answer that ET was his favorite, because it was the most popular. John was most satisfied when he could use all of his talents and create a campaign from beginning to end. This became possible when we opened Alvin & Associates in 1989.

3) You contributed substantially to some campaigns alongside John. What was it like, working with him?

We were both graduates of Art Center College of Design, he in illustration and me in advertising design, so our approaches were similar. I had been his unofficial extra brain and set of eyes for many years even though we hadn’t formally worked together. As it turned out, we had an immediate connection when we worked on a project. I could visualize what he could do with an image, so when I created a layout of a concept I knew what would play to his strengths as an illustrator.  A good example of this is John’s Pinocchio poster for Disney. I designed the layout - the Blue fairy touching Pinocchio with her magic wand. It is the moment just before he becomes a real boy. I knew that John could capture that moment. He could create the “magic’ that would make such a simple concept work.

4) How do you think movie posters have changed in recent years?

I feel that the time of John’s career, the 70’s, 80’s and 90’s was a rebirth of the illustrated movie poster. There was an intent to be creative and thoughtful about the image used to sell the movies. It was not always driven by the movie stars and their agents. There was an artistry about them and the imagery was coveted and collected by many fans.

In the early nineties, the computer began to be the tool of choice for the studios. The computers enabled the design studios to work faster than an illustrator and to make changes on the fly. It eliminated the need for all of the small rough paintings (comps) that were done by the illustrator to make sure that the final art was exactly what the studios wanted. The computer allowed them to make multiple variations on a theme using unit photography from the film set. Technicians who were perhaps artistic, but not artists were compositing elements and using software filters to build a poster image. For the most part, the posters lost their heart and soul.

At about the same time, the actors’ agents were becoming more powerful and big stars were getting record breaking salaries for their appearance in a film. It became more important for the star to be the main focus of the ad campaign and many of the posters depicted a large head shot of the star or stars and a small action scene below.

Illustration took too long, and the perception of the studios was that it was only good for animated films.

5) What is it, in your opinion, that makes John’s posters so special?

John loved what he did. He loved the movies and he loved telling stories through his art. He infused each painting with an emotional and sometimes mysterious quality that captured the viewers imagination. He seemed to know how to connect to “everyman.” He thrived on creating something smart and beautiful within the confines and parameters of each job. It sometimes seemed as though he didn’t have a particular style because he would adapt his style and medium to the needs of the film. Looking at his body of work now, I see a continuity in color and composition that comes through , even in the photo solutions.|

6) You’ve worked so hard to bring this book together, and to make John’s legacy in recent film history understood by a wider audience. Is there anything you’d like people to know about John as a person?

John was all about the work. He was more interested in doing a great job and moving on to the next assignment than whether he got his original art back or if his name was on it. He would say, “Those who need to know, will know who did it.” If you talk to anyone he worked with, they will tell you John was a great guy and a pleasure to work with. He would be willing to fight for something he felt would make the art better, but would also try to accommodate the needs of the client.

He was generous with his time. If an art student or a fan would find a way to contact him, he would spend hours talking with them and often mentoring them. There are at least three of our daughter’s high school friends working in movie marketing today.  They would come to visit her and end up spending time with John. She eventually enacted a fifteen minute rule. They could spend no more than fifteen minutes with him, if they came over to see her.

He was compassionate, kind and had a wicked sense of humor. You could not have a short conversation with John. He knew his work was good and that he had made an important contribution to the film industry. In his later years, he regretted not getting his originals back and not being more outspoken on his own behalf. He created a phenomenal  body of work in his fifty-nine years. He was most proud of the fact that we were married for thirty-seven years, and that we raised a smart, talented daughter whom he adored.