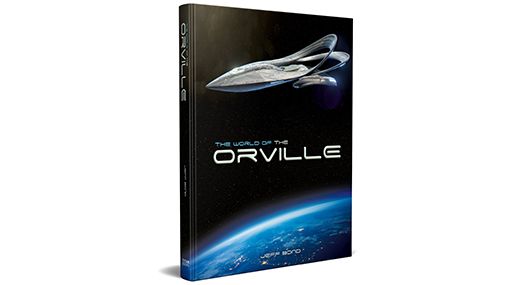 From four-time Emmy Award® winner Seth MacFarlane, The Orville is a new sci-fi dramedy on the Fox Network. MacFarlane plays Captain Ed Mercer, an officer in the Planetary Union in the 25th century who gathers a crew – his ex-wife included – to man the exploration vessel Orville and patrol the mysteries of deep space.

On January 16 2018, Titan Books will publish a companion book, entitled The World of The Orville. Filled with alien species, exotic worlds, futuristic technology and awe-inspiring spaceships, this lavish companion includes concept art, on-set photography and technical schematics taking you behind the scenes to explore the show’s production design, costumes, makeup prosthetics and visual effects. This is the ultimate guide to this new space-faring epic adventure.

Set to publish in hardback with full colour illustrations throughout, the book will release in the UK and North America at £29.99 and $39.95 respectively. The World of The Orville is set to offer fans a unique insight into this optimistic series as they join the U.S.S. Orville on adventures across the galaxy! 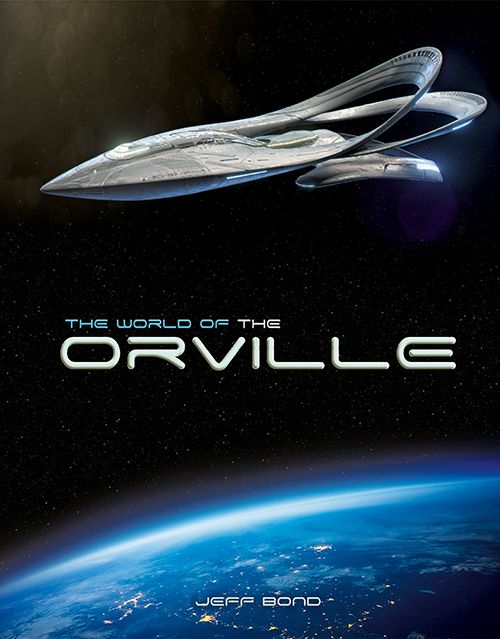 Jeff Bond is the author of Danse Macabre: 25 years of Danny Elfman and Tim Burton, and The Music of Star Trek. He was Executive Editor of Geek magazine and Senior Editor at CFQ, the revival of Cinefantastique magazine, from 2003 to 2006. He covers film music and other subjects for the Hollywood Reporter and has written hundreds of movie and television soundtrack liner notes booklets.

Titan Books is a division of Titan Publishing Group and a leading world publisher of Film, TV and Gaming fiction and non-fiction, and original fiction. Titan Books’ acclaimed media publishing programme includes a wide range of some of today’s most exciting franchises and classic properties, including books covering the worlds of DC Universe (Batman vs Superman, Wonder Woman and the Justice League), Star Trek, Mad Max, Alien, and many more.