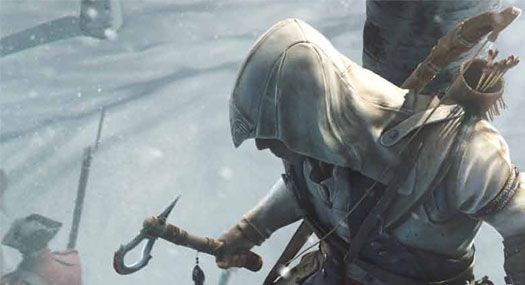 Assassin’s Creed is one of the most highly-praised, beautiful and action-packed game franchises ever created and Assassin’s Creed III sees the franchise step into a brand new era, with a new assassin in a revolutionary world.

Highlights in the game, and in the book, include new interactive cityscapes, frozen winter landscapes, threats from the natural world, weather systems that affect gameplay, and a wholly new environment for any Assassin so far – all stunningly and historically-correctly recreated by the Ubisoft studio.

Senior Commissioning Editor Laura Price acquired the rights from Ubisoft. She said, “Assassin’s Creed is rightly considered one of the most visually exciting games, and the concept art for Assassin’s Creed III is no exception. The new era and the new assassin are incredibly exciting and the sheer beauty of the art is extraordinary. Assassin’s Creed III promises to be the biggest and best yet and we’re delighted to be involved.”

About Assassin’s Creed: Initially launched in 2007, the first four Assassin’s Creed games have sold more than 38 million units worldwide, and the franchise is now established as one of the best-selling series ever. Recognized for having some of the richest, most engrossing storytelling in the industry, Assassin’s Creed transcends video games, branching out into other entertainment experiences including comic books, Facebook games, novels, short films and more. For more information on Assassin’s Creed, please visit the Assassin’s Creed Official Website (www.assassinscreed.com) and facebook.com/assassinscreed.

Andy McVittie has worked in the video games industry for more than twenty years. The Assassin’s Creed III art book represents a pinnacle in a career that encompasses magazines such as Mean Machines, Nintendo Official Magazine and PlayStation Plus, and a client roster that includes Yahoo!, Turner Broadcasting and Microsoft.

About Ubisoft: Ubisoft is a leading producer, publisher and distributor of interactive entertainment products worldwide and has grown considerably through a strong and diversified line-up of products and partnerships. Ubisoft has offices in 26 countries and has sales in more than 55 countries around the globe. It is committed to delivering high-quality, cutting-edge video game titles to consumers. For the 2011-12 fiscal year Ubisoft generated sales of €1,061 million. To learn more, please visit: www.ubisoftgroup.com. 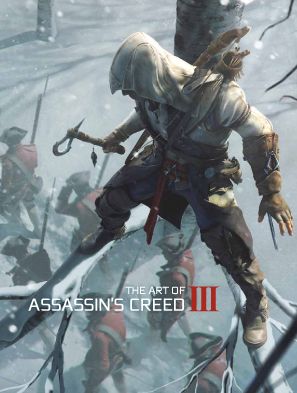