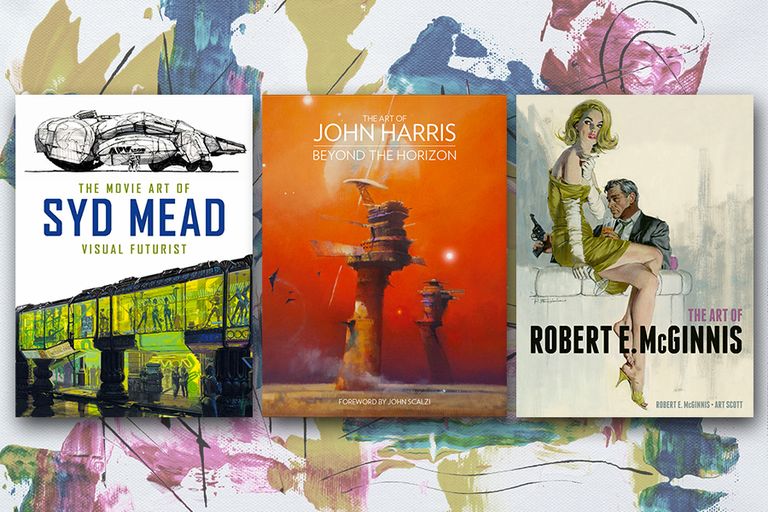 Get an insider’s look at some of the most groundbreaking and iconic movie & comics artwork with this beautiful collection of insightful and illuminating books! 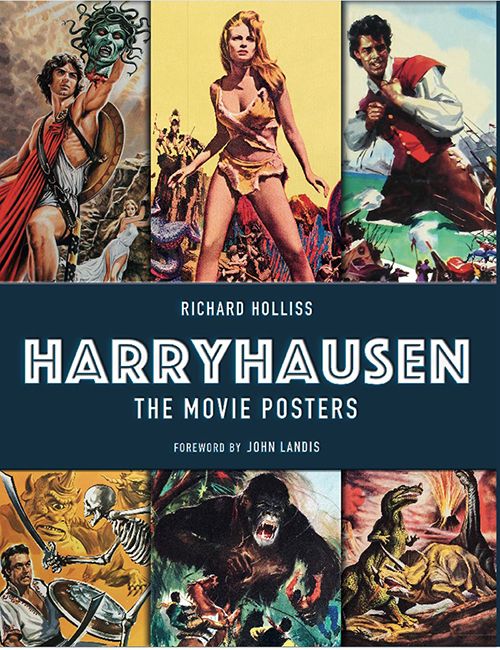 Harryhausen – The Movie Posters showcases the posters from all of Ray’s movies, from 1949’s Mighty Joe Young, to Clash of the Titans in 1981. There has never been a book devoted solely to the promotional art associated with these classic films. Featuring posters from all over the world, as well as commentary from The Ray & Diana Harryhausen Foundation, this is an essential addition to any fan’s library. 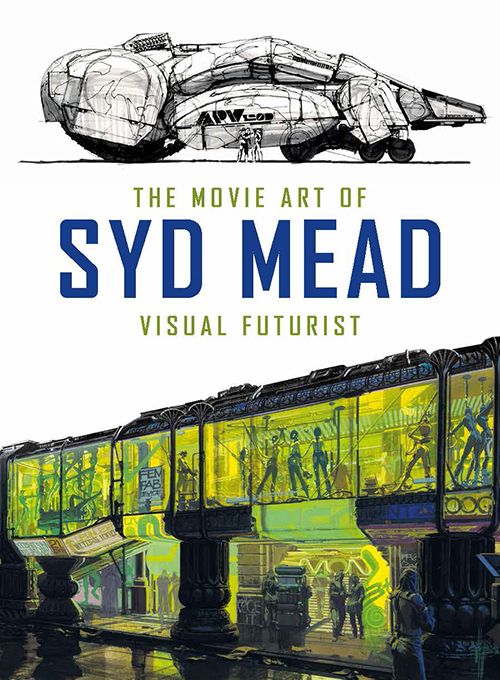 Syd Mead is one of the most accomplished and widely respected concept artists and industrial designers. The Movie Art of Syd Mead: Visual Futurist represents the most extensive collection of Mead’s visionary film work ever printed, including ALIENS, Blade Runner, Star Trek The Motion Picture, and Elysium, compiling hundreds of images, sketches and concept arts from a career spanning almost 40 years, many of which have never been seen in print before. 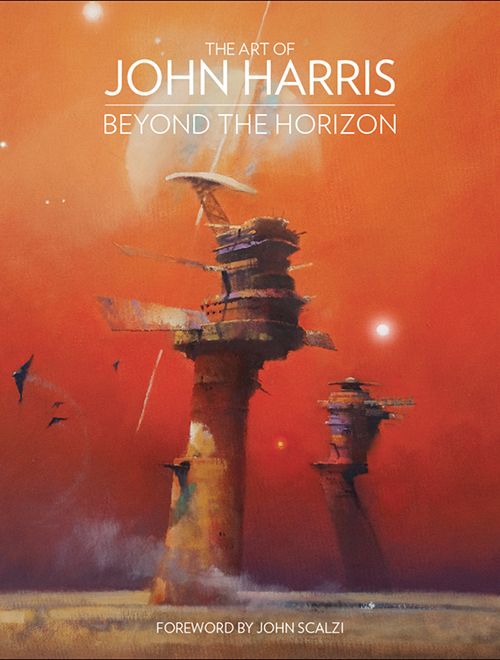 The Art of John Harris: Beyond The Horizon

World-renowned visionary artist John Harris’ unique paintings capture the Universe on a massive scale, featuring everything from vast landscapes and towering cities to immensely beautiful science fiction vistas. This lovingly curated collection focuses on his wide variety of futuristic paintings, sketches, acrylics and watercolours, as well as his striking covers for a variety of esteemed SF authors, including John Scalzi, Ben Bova, Jack McDevitt, Orson Scott Card and many more. 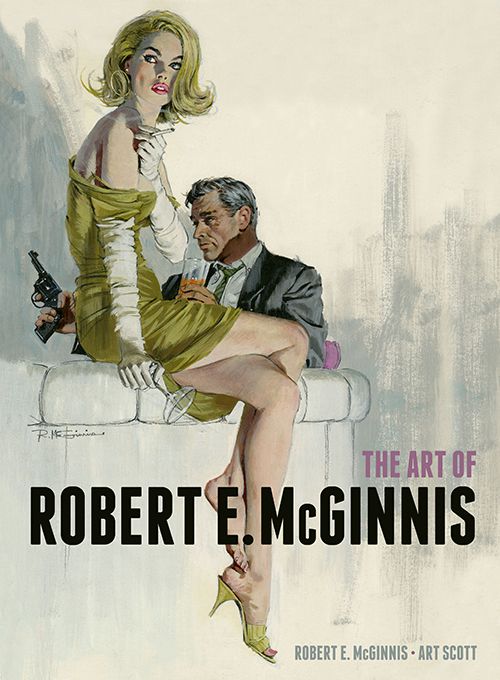 The Art of Robert E. McGinnis

McGinnis has earned international renown as an illustrator by creating poster art for such movies as Breakfast at Tiffany’s and 7 James Bond films, c.1,400 book covers for authors such as Lawrence Block, John D. MacDonald and Stephen King, and illustrations for major magazines such as The Saturday Evening Post and Good Housekeeping, as well as stunning gallery paintings. The Art of Robert E. McGinnis showcases the highlights of his career to date. 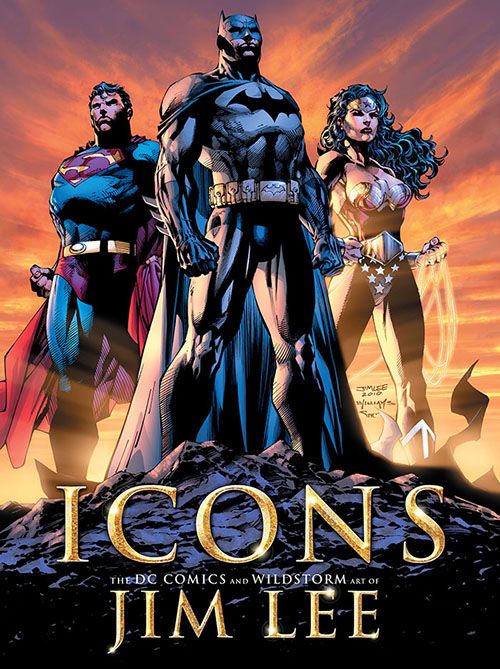 Icons – The DC Comics and Wildstorm Art of Jim Lee

A collection of hundreds of full-colour illustrations and pencils spanning the entire career of the hugely successful and popular artist Jim Lee, with an all-new cover by Lee. Including his work on Batman and Superman, Vertigo titles, and WildStorm heroes WildC.A.T.s, Divine Right and Deathblow, accompanied by exclusive interview material from the man himself. 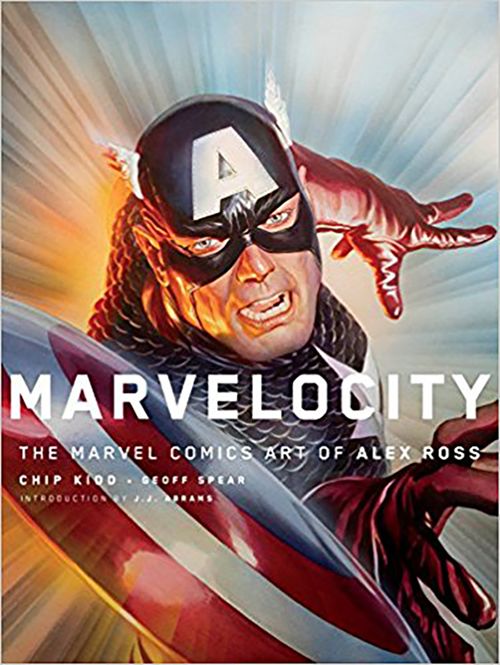 Thirteen years after his Eisner Award-winning, nationally best-selling Mythology--here is the long-awaited Marvel Comics counterpart, a retrospective celebration of the other half of the comics galaxy that is currently ruling the world. Marvelocity includes more than 50 never-been-published sketches, paintings, photographs and working models, and other preparatory art, and a 14-panel portfolio gallery of Marvel's most beloved characters. 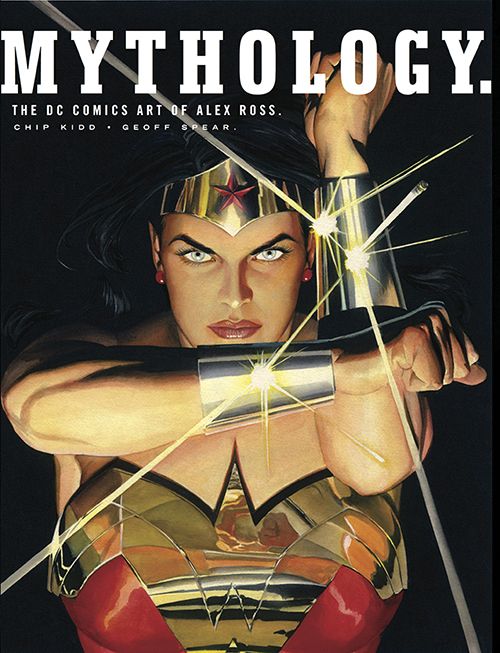 The best-loved comic characters in the world — Superman, Batman, Wonder Woman, the JLA and many more — are all brought to life by the number one fan-favourite artist working in the medium today, the incomparable Alex Ross.

This book reveals Ross’s lifelong love of these classic superheroes and his vision — combining his dynamic art with Chip Kidd’s kinetic design. Step into the studio for a behind-the-scenes look at his creative process, with hundreds of never-before seen sketches, limited edition prints, and prototype sculptures.

Orson Welles, famous as an accomplished actor, writer, producer and visionary director, had originally aspired to become a musician or artist. Having studied at the Art Institute of Chicago for one summer, he continued to draw and paint throughout his life. The majority of his artwork, including costume and set designs for his film and theatre work, and caricatures, has been unavailable to the public. Until now. 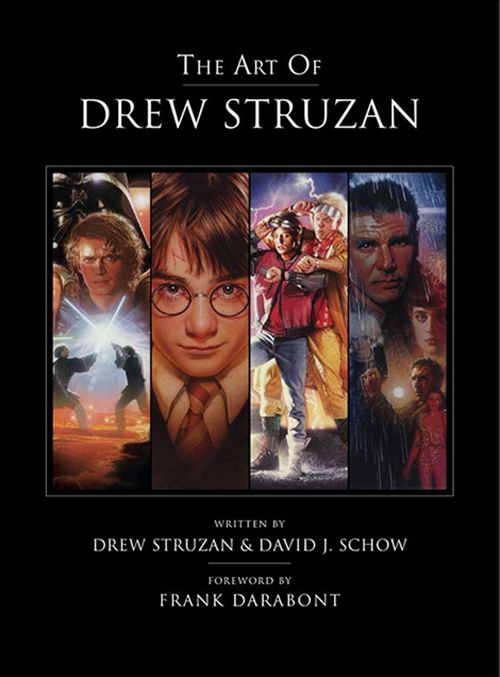 The Art of Drew Struzan

Drew Struzan has created some of the most iconic movie poster images of the last 30 years, from Raiders of the Lost Ark to Star Wars: Episode III. This is the first book to cover his movie work in depth. Featuring over 300 pieces of artwork, including previously unseen poster art for Harry Potter and the Chamber of Secrets and Hellboy II, this is a treat for movie buffs and artists alike. 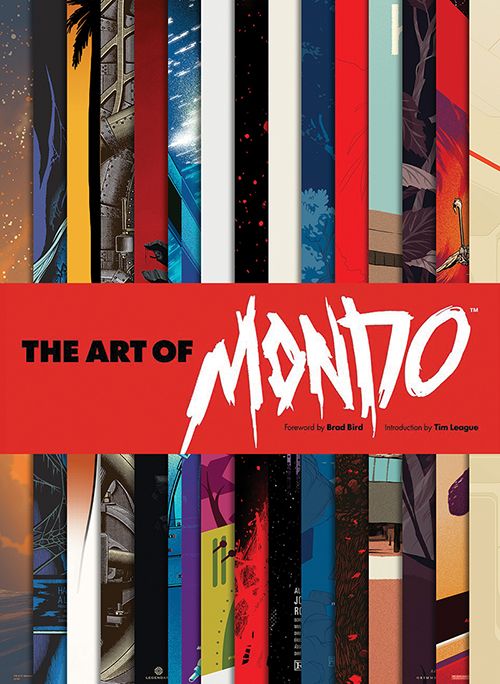 The Art of Mondo

Over the years, Mondo has received global recognition for its incredible art posters that bring to life classic films, TV shows, and comics in a refreshing and utterly striking new way, offering a unique perspective on everything from Star Wars to Robocop, Back to the Future, Jurassic Park, Game of Thrones, Godzilla, Kill Bill, and many, many more. For the first time, The Art of Mondo will bring together this much sought-after art in one deluxe volume.