Cracked was published in the US and UK yesterday – Raven Crime Reads describes it as “Janet Evanovich meets Breaking Bad… A sassy, dark, thoroughly entertaining thriller.” Below author Barbra Leslie shares with us the circumstances which led to her writing the book…

It was the late 2000s – 2007? 2008, maybe? – and I was chain smoking and pacing on my mother’s wee balcony. It was winter in rural Nova Scotia, and I had fed Mother her 5 p.m. dinner and settled her on the couch in the den to nap through Jeopardy and Wheel of Fortune.

Mom, in her late 70s at the time (I am the much-youngest of six living children; a generation separates me from my eldest siblings), had broken her ankle by falling over her vacuum cleaner in the very same den. She was also experiencing periodic, extreme abdominal pain that would later be diagnosed as mesothelioma, and kill her in November of 2010.

I lived in Toronto. I had a life in Toronto – or at least, I had had a life in Toronto; the existence I had flown away from to take care of my mother wasn’t what most people would call much of a life. For the past three years, from early 2005 when I left my marriage, in pain so bad I thought that it, alone, would kill me – I had graduated from a party girl who used cocaine with her new friends to forget my problems, to a full-time crack addict with insurmountable debt to dealers, credit card companies, and a couple of my siblings.

I am kind, intelligent, educated and worldly.

Those are some facts about me. Those are the things I like to remember.

I’m also the sixth child in a family full, on both parental sides, of sailors, artists, writers, depressives, self-made men, loners, addicts and alcoholics. (And plenty of ‘normal’ people too, I hasten to add.) There were so many secrets on each side of the family – which of my mother’s brothers was living in a rooming house in Toronto, on Shuter Street, sitting in a wheelchair having lost a foot to diabetes, drinking his welfare cheque. Sitting on a subway train with my aunt, visiting her in Toronto when I was a teenager, and her pointing across the platform at Wellesley Station at a decrepit old man. “There’s your uncle.” She said his name. Her brother, my father’s brother, he had left the fold many years earlier and didn’t speak to anyone. There were whispers about gambling, con artistry. I was agog – my dead father’s brother, 30 feet away. It was like she was pointing out a minor actor in a soap we both watched.

One of my sisters told me in an email, when I had been holed up for months with my boyfriend smoking crack, that I was going to be that uncle. She didn’t know what I was doing, just that I was gone.

I am a former addict, a bankrupt, twice divorced, a raging insomniac, prone to depression, diagnosed with severe ADHD.

These are things I know about myself. I don’t want to define myself by them. Most days, I don’t.

I’ve done a lot of reading about addiction and genetics, the so-called ‘pleasure-seeking’ gene that makes some people more prone to be unable to delay gratification. Couple that with a predilection to depression or any other mental disorder which makes one want to self-medicate, and bam! you’ve got an addict.

But as much reading as I’ve done, I have done a hell of a lot more living.

I’ve watched close friends and members of my immediate family battle severe addiction and alcoholism. I’ve felt most free in Bali, in Thailand, in Portugal, in Italy. (For a while, my passport nearly kept my demons at bay.) I’ve been sexually assaulted, more than once. (75% of women have, by the way.) I was married to a man I loved with every fibre of my being, but the marriage had to end. I’ve had surgeries, and I have scars. I’ve had to use food banks a few times. I don’t have five dollars saved for my old age. The thing I wanted most, the thing I thought I was put on this planet for – to have children – will not happen for me. That fact made me not care if I lived or died, at one time.

I managed these things and much more, and never became addicted to alcohol – though I love my wine -- or debatably, even cocaine in powder form.

But crack? Crack took me over, took my soul and wrote the devil a cheque.

I didn’t go to rehab. I told one of my sisters. She got on a plane and came to Toronto, and a few days later I was pacing my mother’s balcony, certain that there would be no way I would survive and thrive without crack. Once you’ve had it, I thought, nothing else life had to offer could measure up. Everything would be pale and weak in comparison. I couldn’t cry in front of my mother – there was no way I would tell her what I had been up to – and so I told her I was coming down with something. (I wound up getting shingles, I was so worn down and stressed.) I smoked a lot of cigarettes. In the mornings after settling Mother in with her coffee and toast and crossword I would walk aimlessly, or wander around the giant Walmart that had gone up near where she lived. In the afternoon when she napped I went to the gym. In the evenings I did jigsaw puzzles and then glued them together, for some reason. (Recovering addicts love jigsaw puzzles.) I coughed black stuff out of my lungs for weeks and told my mother I was getting over bronchitis. I read, incessantly and voraciously.

One night, at my mother’s dining room table, I started the book that would later become Cracked.

And I’m alive. I’m clean, for about seven years now. I’m happy, or as happy as a human can reasonably expect to be, as far as I am concerned. I’m medicated a bit, and I have a couple of doctors I see very regularly, from whom I hide nothing. I have the best friends any human could want, a family I love with every fibre of my being, a sweet man who rubs my back at night to help me sleep, and work I enjoy.

And these things make me luckier than almost anyone on earth.

Right now, at this moment in time, with world in such an unstable state, with planes being bombed out of the sky again, Syrian refugees living in hell and looming environmental catastrophe, I’m keenly aware of how small my problems are. I loathe self-pity. Every life has its tortures and terrors, and if you live in safety with enough to eat and a couple of people to love, you’re doing better than most of the world.

But defeating crack was my own personal Armageddon, and writing Cracked was what helped me come back to the land of the living. 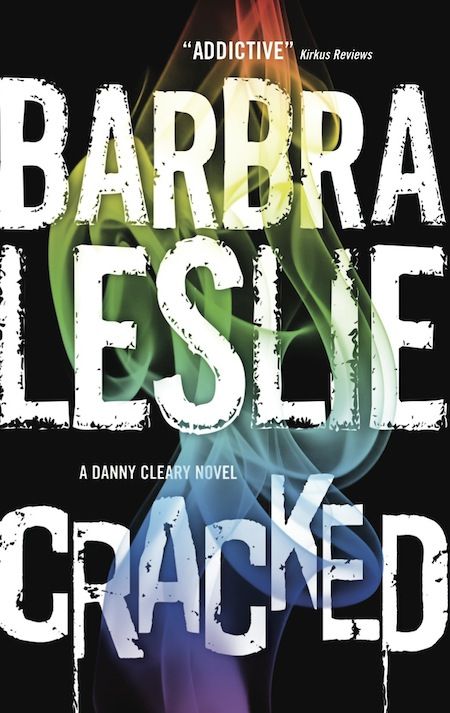