In our new anthology, Black Panther: Tales of Wakanda, an all-star cast of authors from across the African Diaspora celebrate the beloved Marvel character, his supporting cast, and of course, his home of Wakanda. To mark publication, we asked the book’s editor, Jesse J. Holland, just what the character of Black Panther means to him. Read on for his personal take on this ground-breaking hero…

To many people, the Black Panther is simply a movie character or a comic book character in the pantheon of Marvel Super Heroes.

But to many of us, T’Challa and the men and women who make the worlds of Wakanda are more than just modern mythology or tales to be told just for entertainment. They are symbols of a world we would like to see: where all people are valued, where men and women can both be royalty and fierce defenders of what’s right, where science, religion and technology are equally valued, where the evils of the colonial imperialist past no longer have sway over how we live our lives today.

Maybe this is why we continue to revere stories about the Black Panther and Wakanda: it shows us who we can be if we would only try to see who we are on the inside rather than be judged by what’s on the outside.

It’s taken a while for us to get here, where the stories of a mythical, technological African paradise are some of the most popular and the most sought after in the world. But Tales of Wakanda are what we want, a roadmap to a future where we can be our own heroes, no matter our race or gender.

Whether on television, on cable, on the silver screen or on streaming services, the tales of Wakanda don’t seem to be fading anytime soon. That’s because for many of us, Wakanda and the Black Panther is not an idea, it’s an ideal, and one that I’m proud to have a hand in shaping for the next fan in the future. 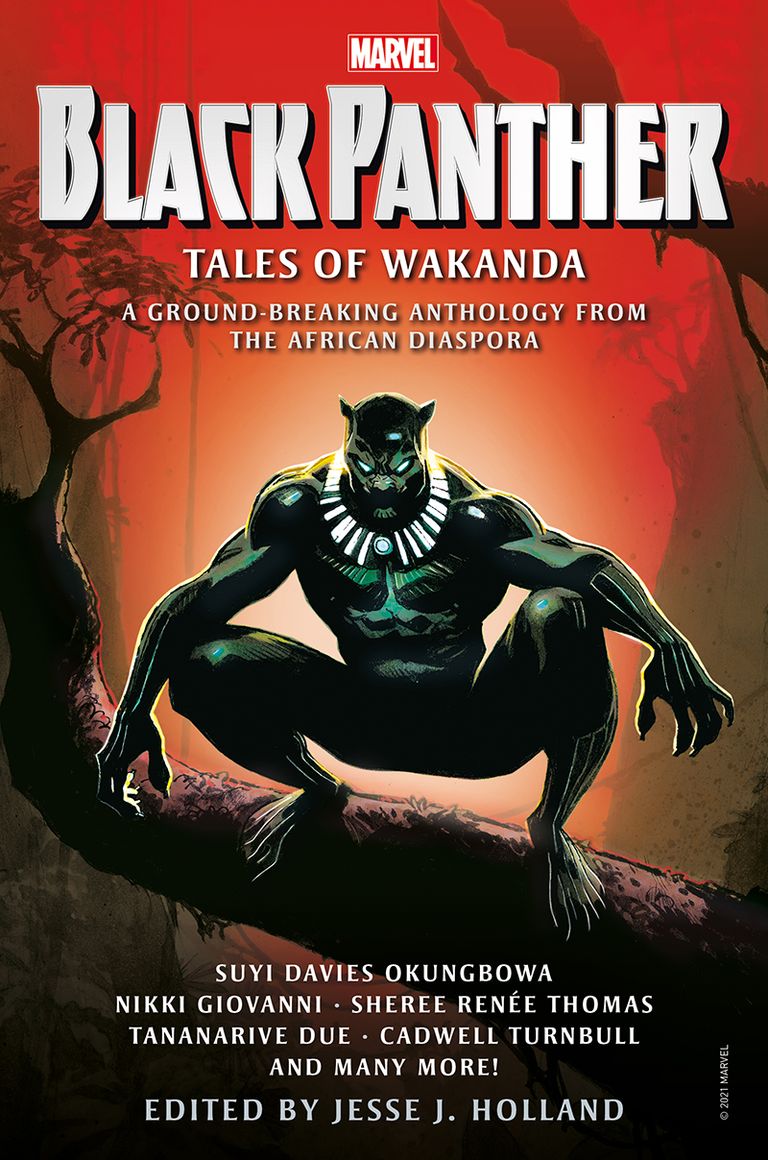 T’Challa faces the gods of his parents. Vampires stalk Shuri and a Dora Milaje in voodoo-laced New Orleans. Erik Killmonger grapples with racism, Russian spies, and his own origins. Eighteen brand-new tales of Wakanda, its people, and its legacy.

The first mainstream Super Hero of African descent, the Black Panther has attracted readers of all races and colors who see in the King of Wakanda reflections of themselves. Storytellers from across the African Diaspora—some already literary legends, others who are rising stars—have created for this collection original works inspired by the world of the Panther and its inhabitants. With guest stars including Storm, Monica Rambeau, Namor, and Jericho Drumm, these are stories of yesterday and today, of science and magic, of faith and love.

These are the tales of a king and his country. These are the legends whispered in the jungle, myths of the unconquered men and women and the land they love.

These are the Tales of Wakanda.