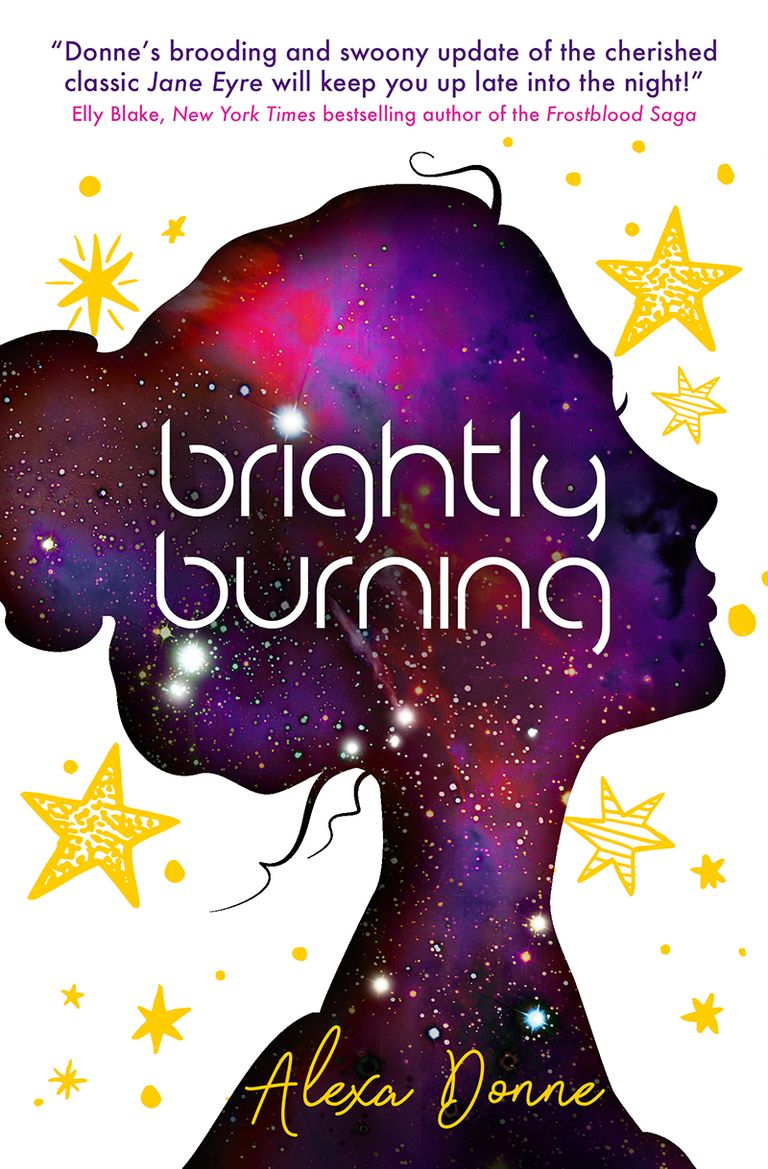 We’re thrilled today to exclusively reveal the cover of one of our mostly hotly anticipated books this summer: Brightly Burning by Alexa Donne!

A sparkly, witty and romantic crossover that offers a modern twist on Brontë’s classic Jane Eyre, Brightly Burning is Alexa Donne’s debut novel and we’re delighted to bringing her onto our shelves in the UK alongside some of our other wonderful authors such as V.E. Schwab, Sarah Maria Griffin and S. Jae-Jones:

Seventeen-year-old Stella Ainsley wants just one thing: to go somewhere—anywhere—else. Her home is a floundering spaceship that offers few prospects, having been orbiting an ice-encased Earth for two hundred years. When a private ship hires her as a governess, Stella jumps at the chance. The captain of the Rochester, nineteen-year-old Hugo Fairfax, is notorious throughout the fleet for being a moody recluse and a drunk. But with Stella he’s kind.

But the Rochester harbors secrets: Stella is certain someone is trying to kill Hugo, and the more she discovers, the more questions she has about his role in a conspiracy threatening the fleet.

And while you should never judge a book by its cover, we think Titan Books’ own Julia Lloyd has created something rather wonderful for this space jewel:

Brightly Burning by Alexa Donne is coming out in the UK 12th June!