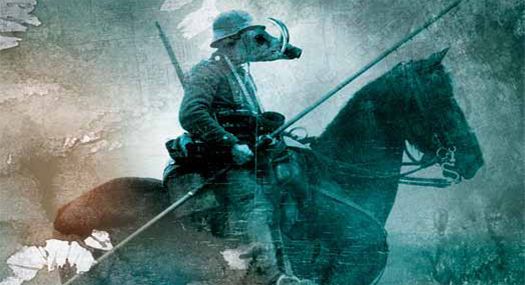 Writers are surrounded by editors. If there is one thing I have learned in my time working on these stories, it is that.

I have always tried to be an honest chronicler, adhering to the facts wherever legally and morally possible. I’ve shuffled things around, presented events in the most dramatic order, clarified dialogue and trimmed the wandering up and down flower beds and gravel driveways to a bare minimum. These reports are intended to be exciting after all, and my editor at The Strand will soon tell me if I run the risk of boring his readers to death.

Editors, you see? They always want to steer the ship, no matter whose hand is on the tiller.

And what of Holmes? Certainly, he’s never slow in offering his opinion. “You are a genius, Watson,” he announced only the other day. “To be able to remove every aspect of interest from a case so fascinating as that of the Hamilton Cannibals is astonishing. Every deduction, every piece of analysis – all sacrificed to scenes of you swooning over Lady Clara and chasing around Kent with your service revolver. Perhaps it’s time these tales were renamed? Could the reading public finally be ready for The Tales of John Watson: The Crime Doctor?”

Of course I could claim near-immunity to Holmes’ comments, he makes them so often and with such relish that I take them as little more than bitter seasoning during our mealtime conversations. It amuses him to mock the stories, for they are singularly responsible for the public image he now labours under, an image he would dispel given the slightest chance. Holmes, though in possession of a gargantuan sense of self-importance, never will take to life as a public hero. It implies a morality on him he has no wish to bear.

Then there are the editors in their thousands: the readers.

No, I will qualify that – before I alienate every pair of hands to pick up a copy of The Strand – certain readers who appear to possess altogether too much spare time. These are the people who write to complain about inaccuracies and inconsistencies. The people who claim to know better. According to these folk I should pass on my pen to another. Perhaps one better able to remember where he was wounded in Afghanistan (the leg and the shoulder, thank you Mr Haywood of Leeds), or even what his first name is (my wife often used to call me James, Mrs Ashburton of Colchester, initially mimicking a particularly forgetful client and then simply because the name stuck. She also used to call me Jock, Wattles and Badger, though you can rest assured I shall have no call to repeat the fact now she has passed).

I must confess these are the editors I work hard to ignore. While I will always appreciate the popularity of my work (anyone who says he doesn’t care whether people like his writing is a liar), you can never please all of the readers all of the time. Whenever I try to do so, my writing suffers as a consequence.

There will always be those who insist certain stories are fakes, written by other authors attempting to pass off what Holmes would laugh to hear me refer to as my “style”, or those who complain that the contents are unbelievable. The latter will be particularly vocal when – or perhaps I should say if – our last case, the curious affair I have titled “The Breath of God”, comes to print. There’s nothing that a certain band of readers likes less than ambiguity, a quality that adventure certainly possessed. Conversely there are many who rate such fantastical adventures higher than those grounded in reality. The public’s appetite for the bizarre will always be considerable. Which is why I can never resist selecting such cases, even though I know that many of them will join the considerable stack of writing I have completed that will never see print in my lifetime.

The affair that immediately followed that of The Breath of God, the complex business I turn my attention to now, will be yet another forced to gather dust rather than readers. It will also stretch the credulity of that unhappy band of readers who demand that everything keep to the well-worn and easily believed. That this was to be the case was obvious from the first, for certainly nothing ever came from Mycroft Holmes that was conventional.

Mycroft Holmes appears rarely in my written accounts – no doubt that critical band of my readership can remind me precisely how often. This is not because he was a stranger to his younger brother, rather that the cases he involved us in were usually so secret that there was little point in my making any record of them. That could be argued as the case now, though I will gamble the possibility of a few wasted hours in the hope that one day the adventure can see the light of day. As bizarre and horrific, as politically charged and embarrassing to certain members of hallowed governmental offices as it may be, it would be a shame indeed were nobody ever to know the truth with regards to the army of Dr Moreau.