Thanks to her role as Joan Holloway in the award-winning Mad Men, Christina Hendricks is fast becoming a household name. Gracing magazine covers, television screens and even leaving news anchors lost for words, Hendricks' popularity continues to grow.

But fans of Joss Whedon's Firefly have been familiar with the actress since her unforgettable appearances in the episodes 'Our Mrs. Reynolds' and 'Trash'.

So to celebrate Christina Hendricks' time in the 'Verse, here is an exclusive excerpt about her character Saffron, taken from Firefly: The Official Companion - Volume One 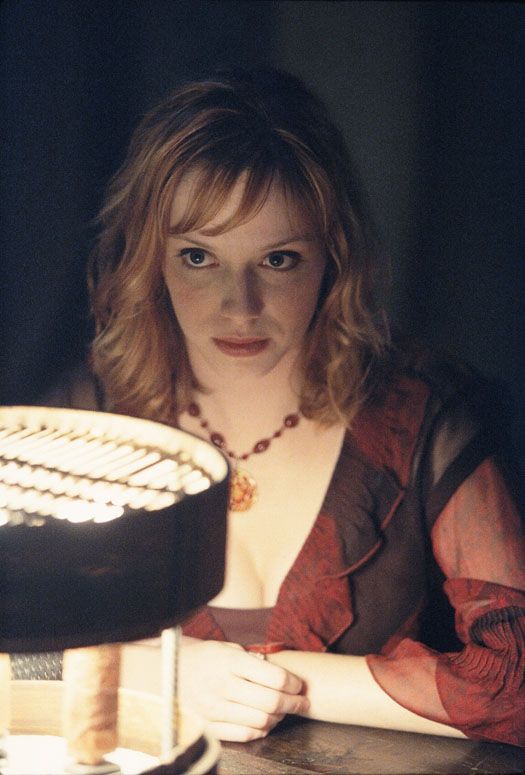 ****
Christina Hendricks's upbringing likely helped her generally as an actress and more specifically as the nothing-if-not-multifaceted Saffron. "I was born in Tennessee," the actress says, "but I grew up all over - in Georgia, Oregon, Idaho, Virginia, New York - moving from city to city, very different kinds of places and things, seeing different kinds of people and how people deal with things in their own way."

How did Hendricks view Saffron? "I decided that Saffron is so good at what she does, and she does it so often, that she has to almost convince herself. So I never tried to play the secret - I just tried to play what was happening at that moment, because I think she believes it and she was convincing. I tried to just be honest about each one of those people that she was, each time. I loved all parts of her. I like the little moments where she may do an eye-roll or a smirk behind someone's back, and they don't know it's happening"

Favorite scenes? "Well, clearly the seduction scene was fun," Hendricks laughs. "What a beautifully written scene - and I loved the reveal at the end of that, when Mal passes out. Running with Alan up on deck and then going into action mode was really fun, trying to seduce him and knocking him out"

One topic often discussed about Hendricks is her stunning figure, so it should come as no surprise that back when filming Firefly, costume designer Shawna Trpcic had this to say:

"Saffron [Christina Hendricks] was a lot of fun. She had a challenging figure, because usually on TV, actresses are shaped like little boys and she was an incredibly shapely woman, so she was one of my favorites." 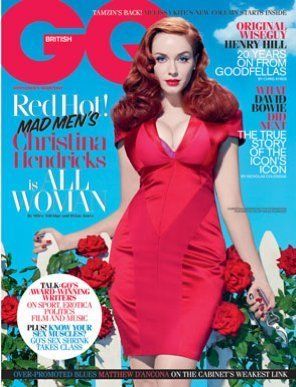 You can read more about Christina Hendricks' time on Firefly in Volume One and Two of Firefly: The Official Companion.The Saffron/Firefly image in this article © 2010 Twentieth Century Fox Film Corporation. All rights reserved.

All other images are from British GQ's September issue. Top image © Miles Aldridge.