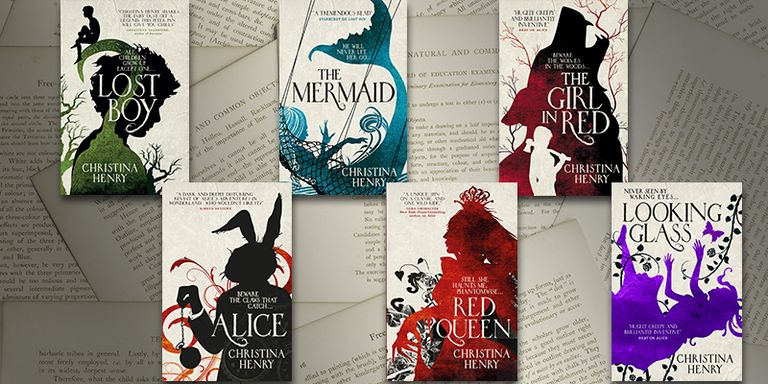 Christina Henry has earned a loyal fan base with her dark and twisted tales. From her gothic retellings of fairytales and legends, to stories of friendship in small towns and the monsters that can be found there, these are must-read novels! With a new book, Near The Bone, coming this spring, there has never been a better time to get lost in Henry's compelling horror! So, will we meet you by the old, ghost tree...? When the bodies of two girls are found torn apart in her hometown, Lauren is surprised, but she also expects that the police won't find the killer. After all, the year before her father's body was found with his heart missing, and since then everyone has moved on. Even her best friend, Miranda, has become more interested in boys than in spending time at the old ghost tree, the way they used to when they were kids.

So when Lauren has a vision of a monster dragging the remains of the girls through the woods, she knows she can't just do nothing. Not like the rest of her town. But as she draws closer to answers, she realizes that the foundation of her seemingly normal town might be rotten at the centre. And that if nobody else stands for the missing, she will. 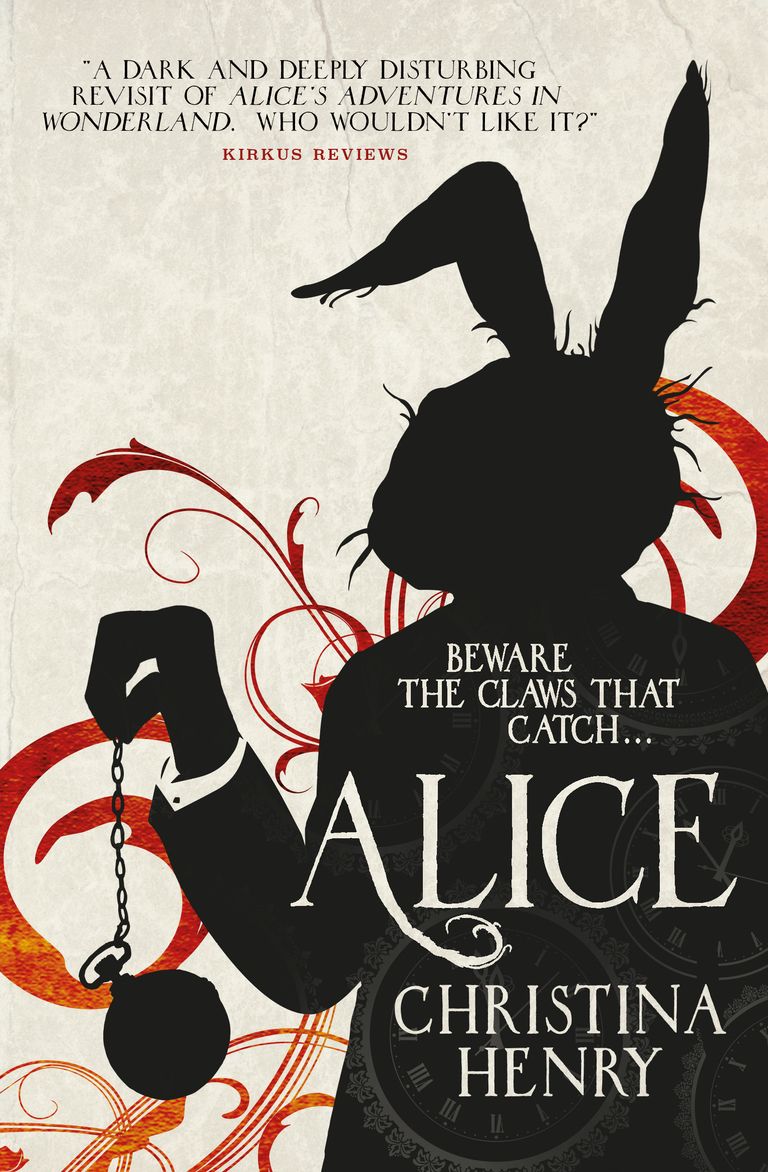 A mind-bending new novel inspired by the twisted and wondrous works of Lewis Carroll...

In a warren of crumbling buildings and desperate people called the Old City, there stands a hospital with cinderblock walls which echo the screams of the poor souls inside. In the hospital, there is a woman. Her hair, once blond, hangs in tangles down her back. She doesn’t remember why she’s in such a terrible place. Just a tea party long ago, and long ears, and blood…

Then, one night, a fire at the hospital gives the woman a chance to escape, tumbling out of the hole that imprisoned her, leaving her free to uncover the truth about what happened to her all those years ago. Only something else has escaped with her. Something dark. Something powerful. And to find the truth, she will have to track this beast to the very heart of the Old City, where the rabbit waits for his Alice. 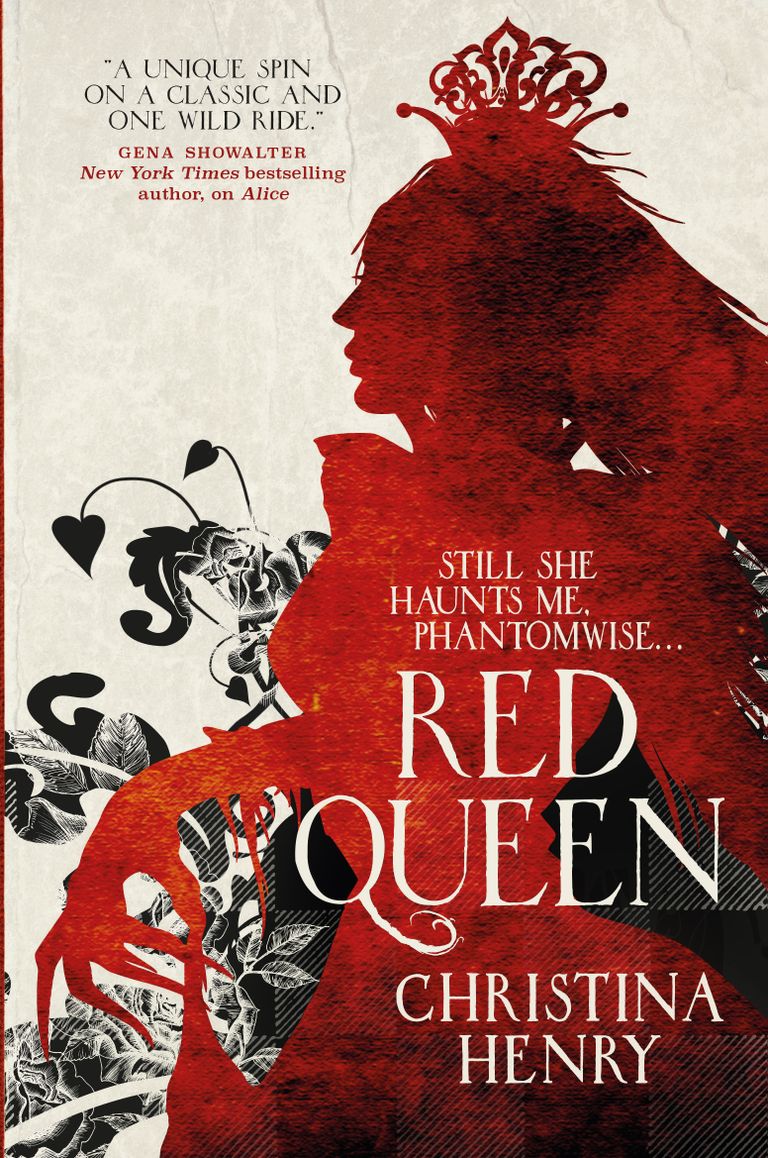 The land outside of the Old City was supposed to be green, lush, and hopeful. A place where Alice could finally rest, no longer the plaything of the Rabbit, the pawn of Cheshire, or the prey of the Jabberwocky. But the verdant fields are nothing but ash— and hope is nowhere to be found.

Still, Alice and Hatcher are on a mission to find his daughter, a quest they will not forsake even as it takes them deep into the clutches of the mad White Queen and her goblin or into the realm of the twisted and cruel Black King.

The pieces are set and the game has begun. Each move brings Alice closer to her destiny. But, to win, she will need to harness her newfound abilities and ally herself with someone even more powerful—the mysterious and vengeful Red Queen... 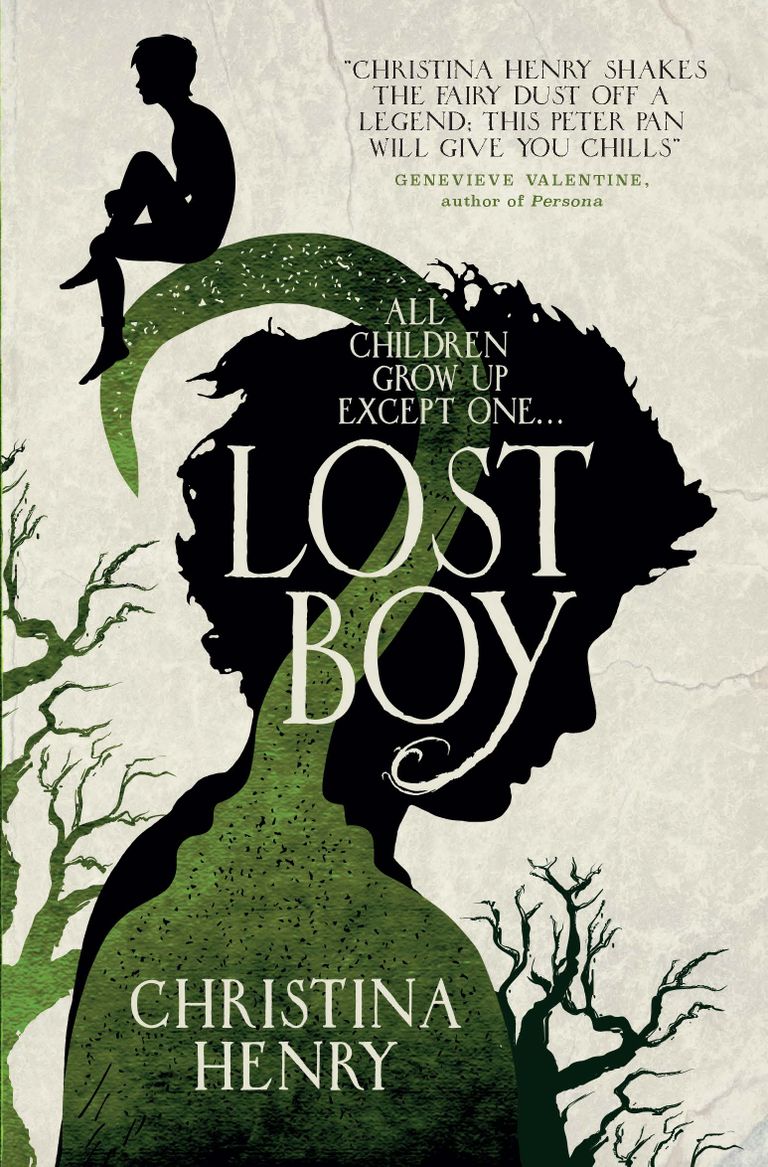 There is one version of my story that everyone knows. And then there is the truth. Once I loved a boy called Peter Pan.

Peter brought me to his island because there were no rules and no grownups to make us mind. He brought boys from the Other Place to join in the fun, but Peter’s idea of fun is sharper than a pirate’s sword. He wants always to be that shining sun that we all revolve around. He’ll do anything to be that sun. Peter promised we would all be young and happy forever.

Peter will say I’m a villain, that I wronged him, that I never was his friend. 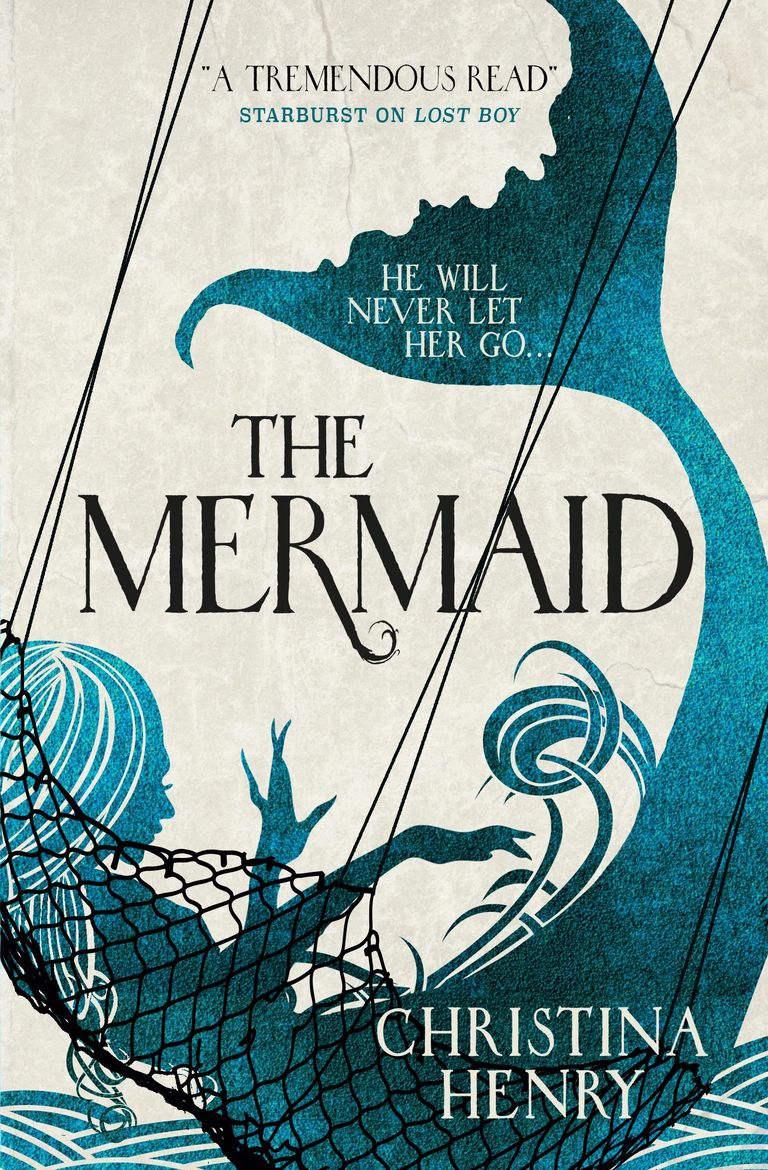 Once there was a fisherman who lived on a cold and rocky coast and was never able to convince any woman to come away and live in that forbidding place with him. One evening he pulled up his net and found a woman in it. A woman with black hair and eyes as grey as a stormy sea and a gleaming fish’s tail instead of legs.

The storm in her eyes rolled into his heart. She stopped her thrashing and crashing at his voice, though she did not understand his words. But her eyes had seen inside of him, and his loneliness caught her more surely than the net. So she stayed with him, and loved him, though he grew old, and she did not.

His name was P.T. Barnum, and he’d been looking for a mermaid. 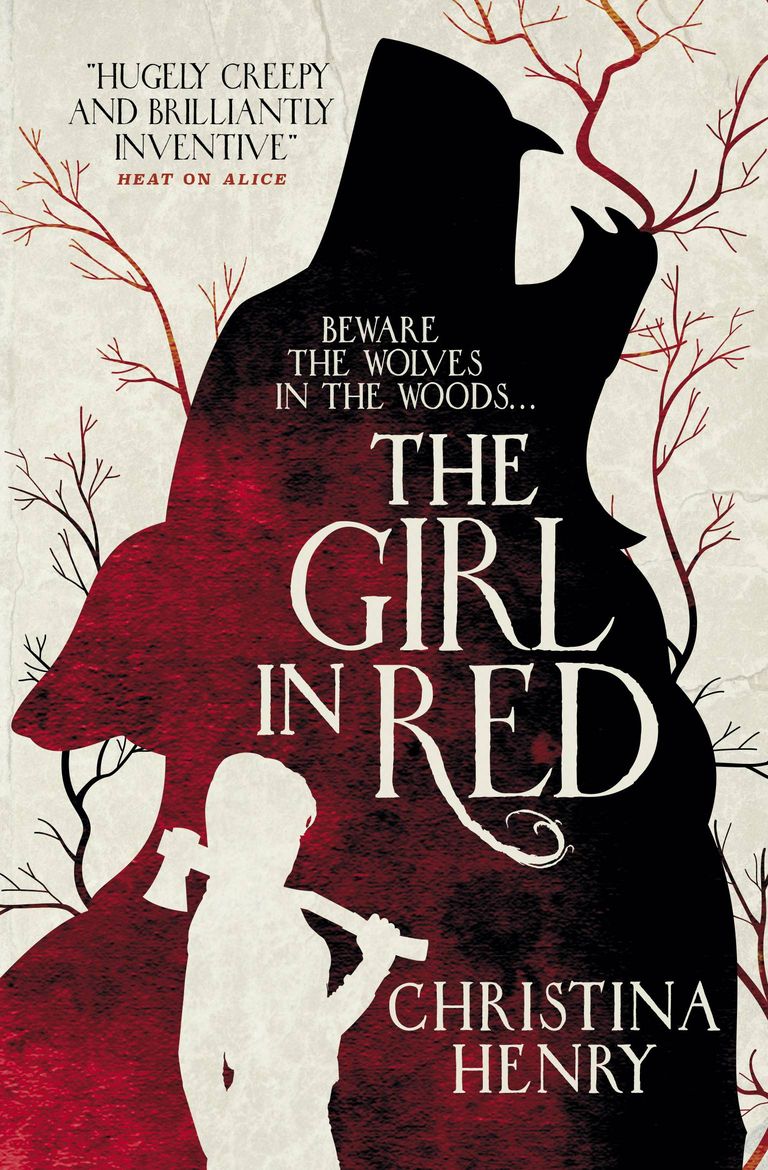 The Girl in Red

It’s not safe for anyone alone in the woods. But the woman in the red jacket has no choice. Not since the Crisis came, decimated the population, and sent those who survived fleeing into quarantine camps that serve as breeding grounds for death, destruction, and disease. She is just a woman trying not to get killed in a world that was perfectly sane and normal until three months ago.

There are worse threats in the woods than the things that stalk their prey at night. Men with dark desires, weak wills, and evil intents. Men in uniform with classified information, deadly secrets, and unforgiving orders. And sometimes, just sometimes, there’s something worse than all of the horrible people and vicious beasts combined.

Red doesn’t like to think of herself as a killer, but she isn’t about to let herself get eaten up just because she is a woman alone in the woods… 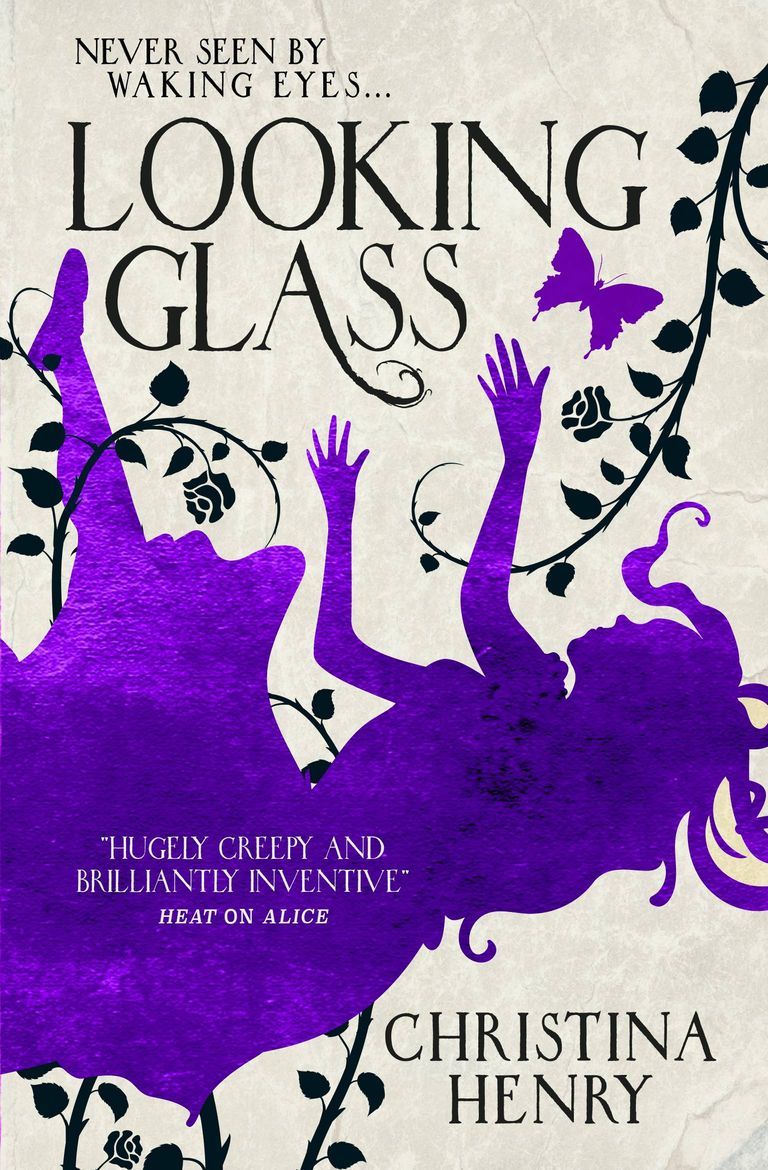 In four new novellas, Christina Henry returns to the world of Alice and Red Queen, where magic runs as freely as secrets and blood.

Alice and Hatcher are just looking for a place to rest. Alice has been dreaming of a cottage by a lake and a field of wildflowers, but while walking blind in a snowstorm she stumbles into a house that only seems empty and abandoned...

When I First Came to Town

Hatcher wasn't always Hatcher. Once, he was a boy called Nicholas, and Nicholas fancied himself the best fighter in the Old City. No matter who fought him he always won. Then his boss tells him he's going to battle the fearsome Grinder, a man who never leaves his opponents alive...

There is a place hidden in the mountains, where all the people hate and fear magic and Magicians. It is the Village of the Pure, and though Alice and Hatcher would do anything to avoid it, it lies directly in their path...