Today we’ve got cases galore for the crime fiend! Whether they like tales inspired by classic crime, or something a bit more light hearted, we’ve got a story for them! 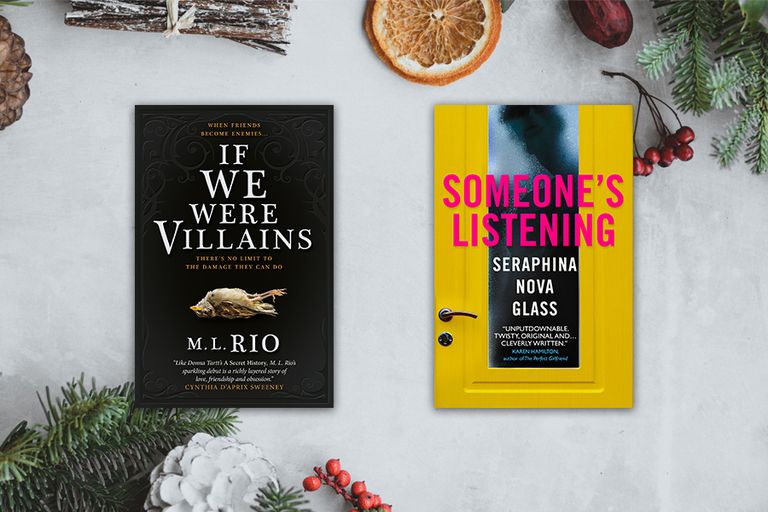 M L Rio - If We Were Villains

As a young actor studying at an elite conservatory, Oliver felt doomed to always be in his friends’ shadows. But when a surprise casting turns a good-natured rivalry between two of them into something dangerous, their stage roles spill over into real life. Ten years later Oliver is released from prison, having served time for a murder he may or may not have committed. What really happened a decade before? And who was to blame?

Why you should buy: The Secret History meets Shakespeare in a thrilling and original murder mystery? Sign us up!

Faith Finley has it all: the flourishing career, the perfect husband, until the night everything goes horribly wrong. Her husband Liam is missing and suspicion falls on Faith. And then the notes begin to arrive: “Lock your windows”, “Invest in a steel door”. As the threats escalate, the mystery behind Liam’s disappearance intensifies. And Faith’s very life will depend on finding answers…

Why you should buy: If clever and complex psychological thrillers with twists and red herrings galore are your bag, this one is bound to leave you breathless. 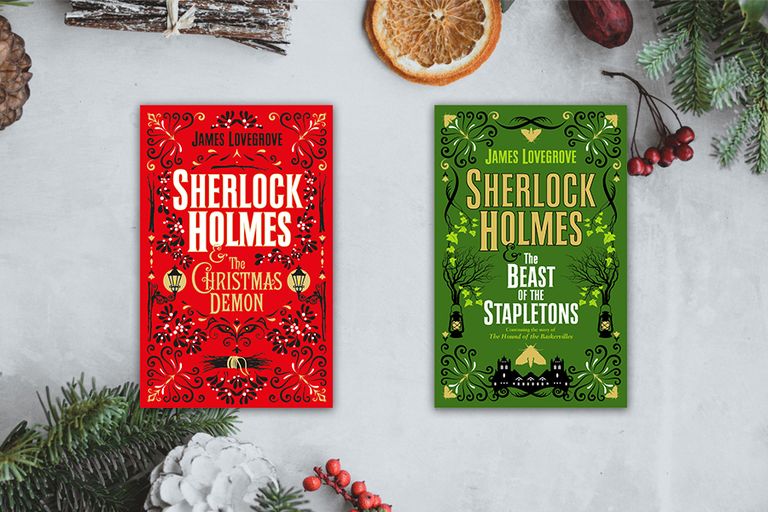 It is Christmas 1890, and Sherlock Holmes and Dr John Watson are visited by a new client. Eve Allerthorpe – daughter of an eccentric Yorkshire dynasty – believes she is being haunted by a demonic Christmas spirit. Her mother had told her terrifying tales of the sinister Black Thurrick, and Eve is sure that she has seen him from her bedroom window. What is more, she has begun to receive parcels of birch twigs, Black Thurrick’s calling card…

Why you should buy: Holmes for the holidays! Festive thrills abound in this tale from the 'Grandmaster of the Sherlock Holmes homage' (The Guardian).

Sherlock Holmes and The Beast of the Stapletons

1894. The monstrous Hound of the Baskervilles has been dead for five years, along with its no less monstrous owner, the naturalist Jack Stapleton. Sir Henry Baskerville is living contentedly at Baskerville Hall with his new wife Audrey and their young son Harry. Until, that is, Audrey’s lifeless body is found on the moors, drained of blood. It would appear some fiendish creature is once more at large on Dartmoor and has, like its predecessor, targeted the unfortunate Baskerville family. Sherlock Holmes and Dr Watson are summoned to Sir Henry’s aid, and our heroes must face a marauding beast that is the very stuff of nightmares.

Why you should buy: A brand new story set 5 years after Conan Doyle's most famous Sherlock novel, beautifully presented in stunning hardback - this will make the perfect gift for any armchair detective. 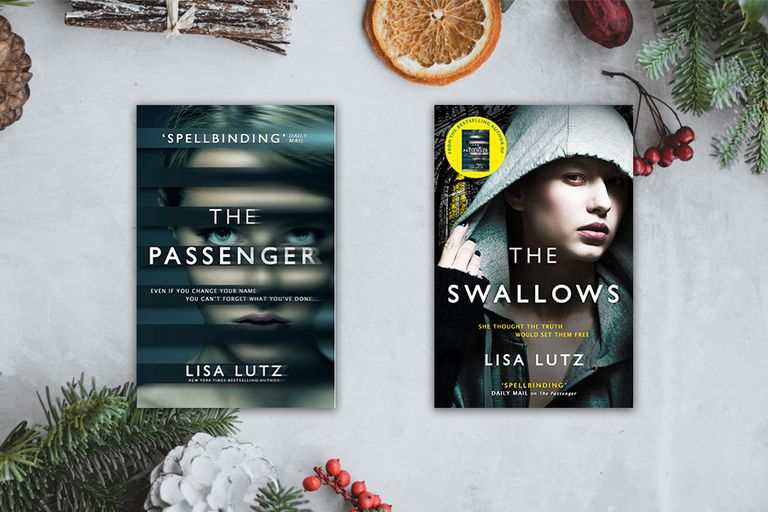 From the author of The Passenger--hailed by the New York Times Book Review as "a dead-serious thriller (with a funny bone)"--and the bestselling Spellman Files series comes a suspenseful novel about a new teacher at a not-so-elite boarding school who accidentally incites a gender war among the students and staff.

Why you should buy: U Magazine called The Passenger 'Gone Girl on speed'! 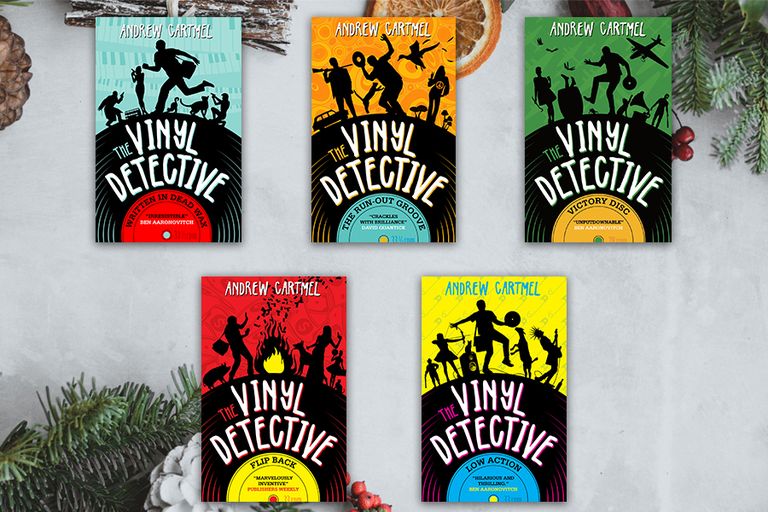 He is a record collector — a connoisseur of vinyl, hunting out rare and elusive LPs. His business card describes him as the “Vinyl Detective” and some people take this more literally than others. Like the beautiful, mysterious woman who wants to pay him a large sum of money to find a priceless lost recording on behalf of an extremely wealthy, yet shadowy, client. So begins a painful and dangerous odyssey in search of the rarest jazz record of them all…

The Vinyl Detective - The Run-Out Groove

This time the search for a rare record ensnares our hero in a mystery with its roots stretching back to the Second World War. When a precious record of an RAF airmen band turns up in the most unexpected place the Vinyl Detective finds himself hired to track down the rest of the highly sought-after recordings. But, as he does so, he finds that the battles of the last World War aren’t over yet—and can still prove lethal.

The Vinyl Detective - Flip Back

At the height of their success, Black Dog, a 1970s electric folk band, invited journalists to an infamous publicity stunt: the burning of a million dollars. But the stunt backfired, the band split for good, and the value of their final, recalled album increased tenfold. Tinkler hires none other than the Vinyl Detective and Nevada to hunt a copy down. But they discover that there are still embers glowing from the fire of the band’s demise, clues of a motive for murder…

Someone is trying to kill Eric Make Loud’s new girlfriend, Helene Hilditch—AKA Howlin’ Hellbitch—of all-girl punk outfit Blue Tits. The Vinyl Detective and Nevada are called in to help. But this time the question is who isn’t a suspect. Suspects include her ex-bandmates, their former producer turned record label mogul, the TV presenter that Helene got fired—even their old roadie could be in on it. As the killer’s attempts on Helene’s life get more and more ambitious the Vinyl Detective and Nevada are in a race against time to find the killer, before it’s too late.

Why you should buy: The Vinyl Detectives boasts famous fans such as David Quantick and Ben Aaronovitch who said: “An irresistible blend of murder, mystery and music... our protagonist seeks to find the rarest of records – and incidentally solve a murder, right a great historical injustice and, if he’s very lucky, avoid dying in the process.” 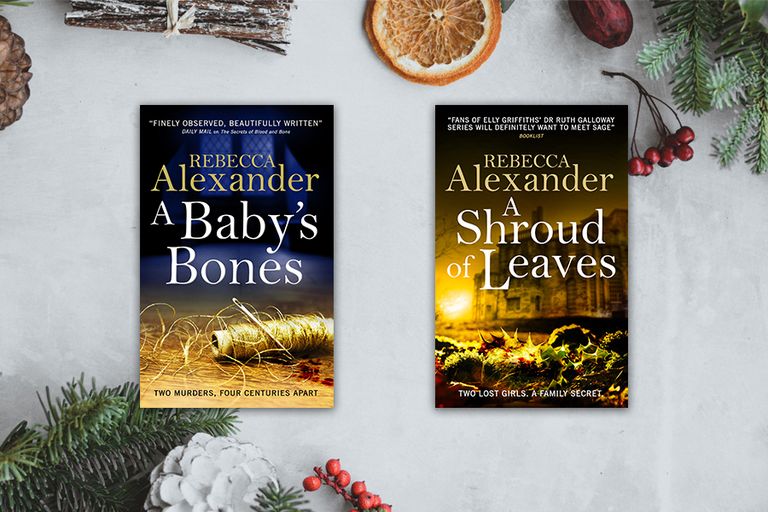 Archaeologist Sage Westfield has been called in to excavate a sixteenth-century well, and expects to find little more than soil and the odd piece of pottery. But the disturbing discovery of the bones of a woman and newborn baby make it clear that she has stumbled onto an historical crime scene, one that is interwoven with an unsettling local legend. Then a tragic death makes it all too clear that a modern murderer is also at work…

A Shroud of Leaves

Archaeologist Sage Westfield is investigating the murder of a teenage girl. Hidden by holly leaves, the girl’s body was found on the grounds of a stately home, where another girl vanished twenty years ago. With mysterious links between the cases, the police suspect the reclusive owner. But when Sage investigates a nearby burial mound – and uncovers rumours of an ancient curse – she wonders if there is more to the case than meets the eye…

Why you should buy: Library Journal gave A Baby's Bones a starred review: 'an intricately plotted mystery that links story lines of madness and murder. Bittersweet and haunting, this suspenseful story is driven by complex, flawed characters'. 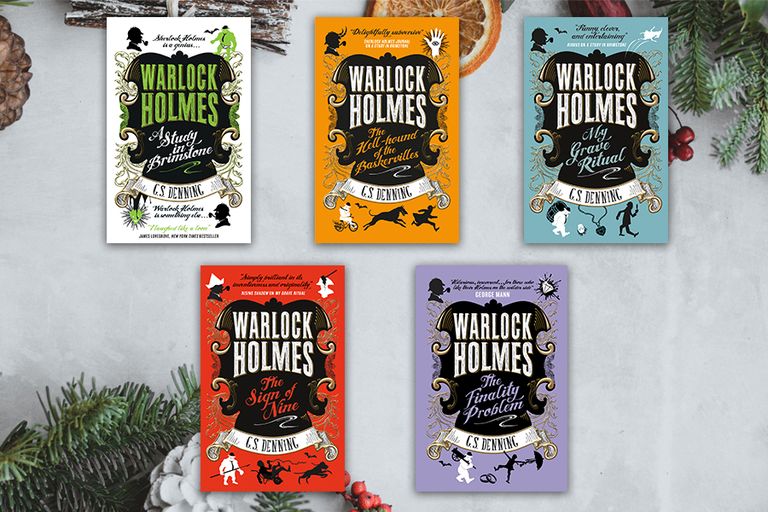 Sherlock Holmes is an unparalleled genius. Warlock Holmes is an idiot. A font of arcane power, certainly, but he’s brilliantly dim. Frankly, he couldn’t deduce his way out of a paper bag. The only thing he has really got going for him are the might of a thousand demons. Thankfully, Dr. Watson is always there to aid him through the treacherous shoals of Victorian propriety… and save him from a gruesome death every now and again.

Warlock Holmes - The Hell-Hound of the Baskervilles

Warlock Holmes and Dr John Watson find themselves inconvenienced by a variety of eldritch beings, and the fact that one of them has goat legs. Christmas brings a goose that doesn’t let being cooked slow him down, then they meet an electricity demon, discover why being a redhead is even tricker than one might imagine, and Holmes attempts an Irish accent. And naturally Moriarty is hanging around in some form or other.

Warlock Holmes may have demons in his head, but now Dr. John Watson has a mummy in his bloodstream. Specifically that of the sorcerer Xantharaxes, who when shredded and dissolved in an 8% solution, results in some extremely odd but useful prophetic dreams. There’s also the small matter of Watson falling for yet another damsel-du-jour, and Warlock deciding that his companion needs some domestic bliss…

The famous duo has been split! Watson has been banished from Holmes’s company. Despite the interference of his horrible wife, Mary, Watson tirelessly insinuates himself into every magical adventure he can. Together, he and Holmes face a man with a twisted… everything, some very questionable juice-drinking Germans, Garrideb the Devourer and the estimable Irene Adler. Yet, nothing can prepare them for Moriarty’s new form and the terrible moment they must face their Finality Problem at the edge of the Reichenbach Falls.

Why you should buy: A delightfully subversive take on the Sherlock retellings, perfect for if you've ever wondered how much better Sherlock would be if an alchemy table and one or two hell-hounds were involved...

That's all for now, but our 12 Days of Christmas posts will continue next week! Don't forget to follow us on social media so you won't miss a single one; you can find us at Facebook, Twitter & Instagram!