Today we’ve got titles aplenty for the fantasy reader in your life – journey this way for magic, witches and faraway kingdoms! 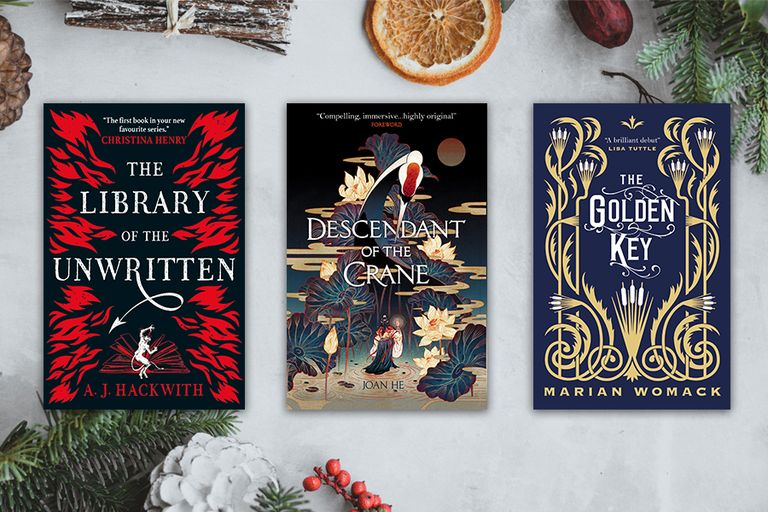 A.J. Hackwith - The Library of the Unwritten

Claire is Head Librarian of a space in Hell where all the stories never finished by their authors reside. Her job involves keeping an eye on restless tales that risk materializing as characters and escaping the library. When a Hero breaks out of his book and goes in search of his author, Claire must capture him, but what should have been a simple retrieval goes horrifyingly wrong…

Why you should buy: A captivating and warmly witty start to a new series set in the most unusual corner of the devil’s own library…

Joan He - Descendant of the Crane

Why you should buy: Lyrical and romantic, with a beautifully realised and intricately built world, this is a refreshing and compulsively readable debut - do not sleep on Joan He!

London, 1901. After the death of Queen Victoria, the city heaves with the uncanny and the eerie. Samuel Moncrieff, recovering from a recent tragedy, meets Helena Walton-Cisneros, one of London's most reputed mediums. Together, they are drawn into a twenty-year-old mystery of three sisters who vanished without a trace on the Norfolk Fens.

Why you should buy: With hints of Sarah Waters and Marie Brennan, this is a gothic treat where nothing is quite what it seems... 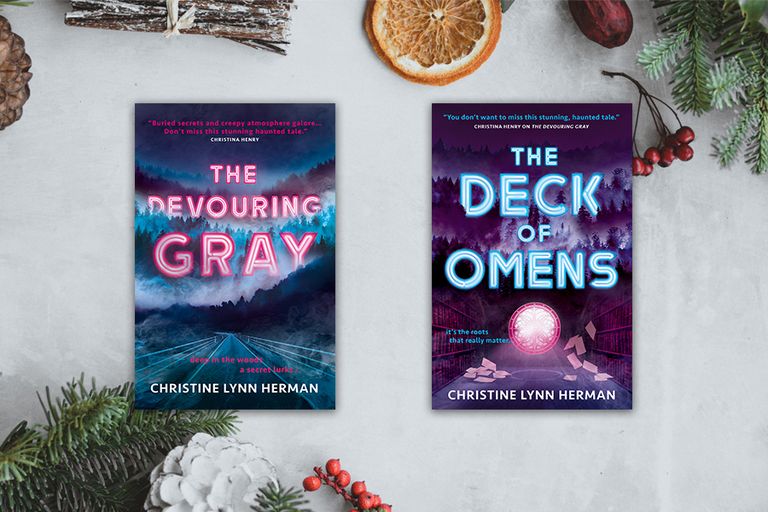 Four teenagers battle an otherworldly beast that haunts the woods of a sleepy New York town. They have unique abilities to protect the town – but their powers are failing. As people start to die, the locals turn against their guardians – and it’s down to the friends to save them, regardless.

The Deck of Omens

Lost family members come home, and the tangled alliances of the Founder families are fraying after the events of The Devouring Gray. With the veil between the Gray and the town growing ever thinner, the Founder descendants must put their grievances aside to stop the corruption and kill the Beast once and for all. But maybe the monster they truly need to slay has never been the Beast...

Why you should buy: Fan of Stranger Things, Riverdale, Buffy and Twin Peaks? Get ready for your new obsession! 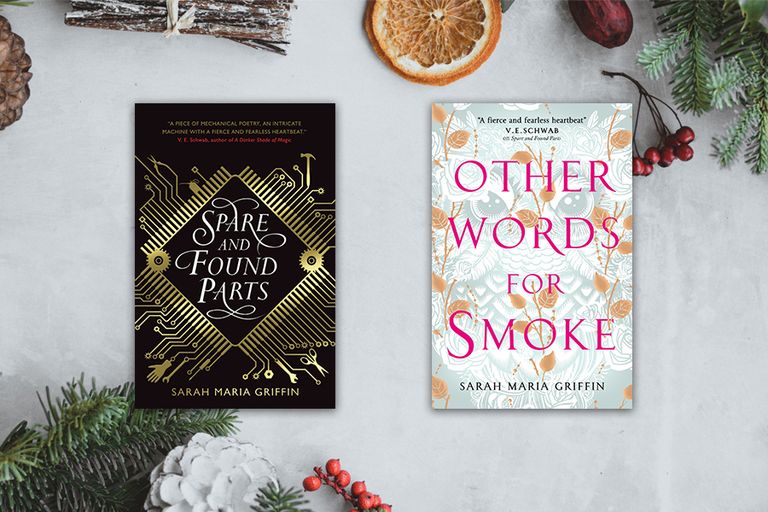 In a city devastated by an epidemic, where survivors are all missing parts—an arm, a leg, an eye—Nell has always been an outsider. Her father is the scientist who created the biomechanical limbs that everyone now uses. But she’s the only one with her machinery on the inside: her heart. Then she finds a lost mannequin’s hand while salvaging on the beach, and inspiration strikes. Can Nell build her own companion in a world that fears advanced technology?

Other Words for Smoke

Mae and her brother Rossa spent two of the strangest summers of their lives with their great-aunt Rita. Nothing in her house was as it seemed: a cat who was more than a cat, and a dark power called Sweet James that lurked behind the wallpaper, enthralling Rita's ward, Bevan, with whispers of magic and escape. In the summer heat, Mae and Rossa will discover secrets not just about the house, and their aunt, but also about themselves...

Why you should buy: Lyrical and transformative writing from an exciting and truly unique voice, Sarah's words are a kind of magic! 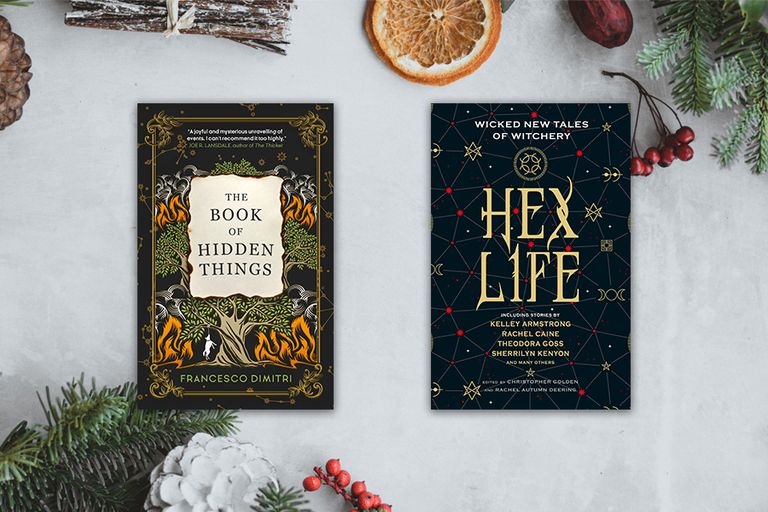 Four old school friends have a pact: to meet up every year in the small town in Italy they grew up in. Art, the charismatic leader of the group and creator of the pact, insists that the agreement must remain unshakable. But this year, he never shows up. The three friends look for him and come across bizarre rumours - and a document written by Art, The Book of Hidden Things, which promises to reveal dark secrets and wonders beyond anything previously known.

Why you should buy: A compelling tale of love and betrayal, friendship and family, faith and reality that reads likes the lovechild of Donna Tartt and Neil Gaiman!

These are tales of witches, wickedness, evil and cunning. Stories of disruption and subversion by today’s women you should fear. Including Kelley Armstrong, Rachel Caine and Sherrilyn Kenyon writing in their own bestselling universes. These witches might be monstrous, or they might be heroes, depending on their own definitions. Even the kind hostess with the candy cottage thought of herself as the hero of her own story. After all, a woman’s gotta eat...

Why you should buy: A mixed cauldron of styles and tones, there's sure to be something here for every appetite! 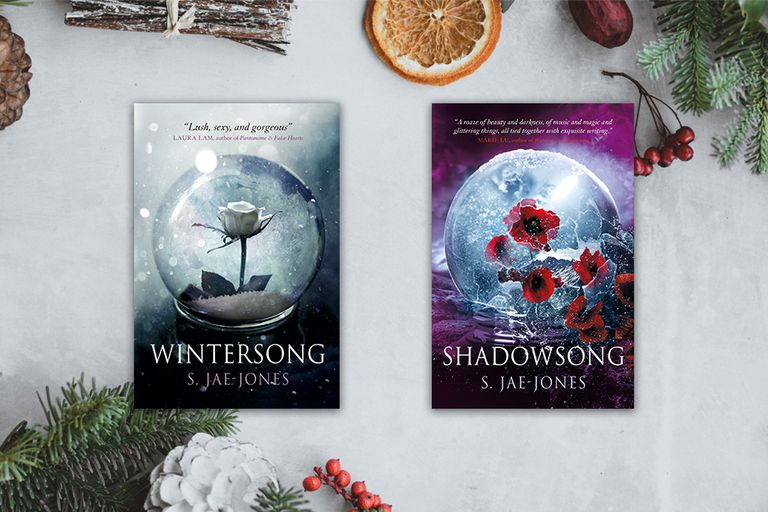 All her life, Liesl has heard tales of the beautiful, dangerous Goblin King. They’ve enraptured her and inspired her musical compositions. Now eighteen, Liesl feels that her childhood dreams are slipping away. And when her sister is taken by the Goblin King, Liesl has no choice but to journey to the Underground to save her. But with time and the old laws working against her, Liesl must discover who she truly is before her fate is sealed.

Six months after Wintersong, Liesl is working toward furthering both her brother’s and her own musical careers. But life in the world above is not easy. Her younger brother Josef is cold and withdrawn, while Liesl can’t forget the austere young man she left beneath the earth. When troubling signs arise that the barrier between worlds is crumbling, Liesl must return to the Underground to unravel the mystery of life, death, and the Goblin King.

Why you should buy: Can't argue with a beautiful, lush story inspired by 19th Century fairytales and David Bowie's Goblin King! 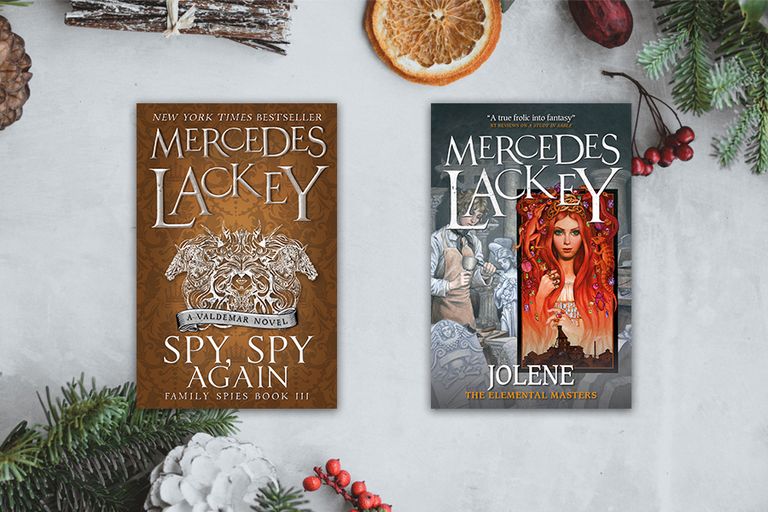 Thirteen year old Prince Kyril and Mags and Amily's fourteen-year-old son Tory "share" the Gift of Farsight--although neither of them are Chosen. They do not share a single Gift; they have two complementary Gifts working together in a way that the Heralds have never seen before. Tory is the Farseer--Kee's Gift is to extend his range beyond a few dozen feet. Their Gifts become crucial when Mags gets a desperate message from his cousin Bey: his eldest daughter has been kidnapped, but he doesn't know why or by whom. He's calling in the debt Mags owes him to find his daughter before it's too late.

The beloved Elemental Masters series moves to America for the first time in a rich retelling of The Queen of the Copper Mountain, set against the backdrop of Tennessee coal country.

Why you should buy: Beautiful, romantic fairytales for grown-ups! 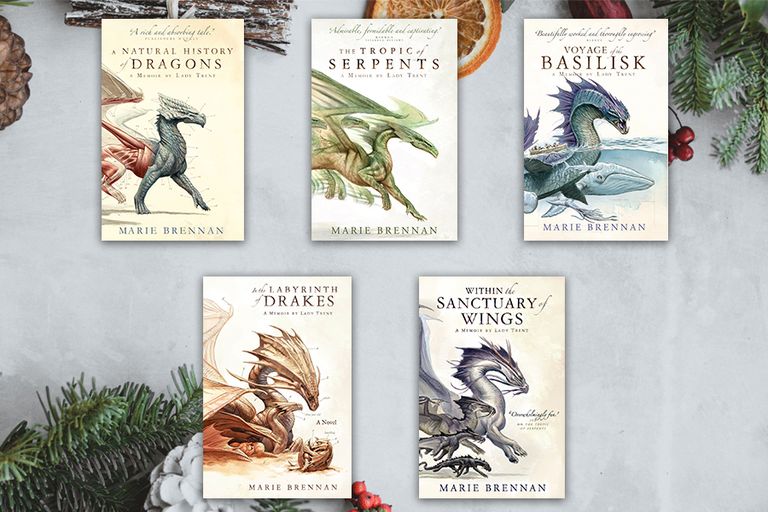 Marie Brennan – A Natural History of Dragons: A Memoir by Lady Trent

Everyone knows Isabella, Lady Trent, to be the world’s preeminent dragon naturalist. Here at last, in her own words, is the true story of a pioneering spirit who risked her reputation, prospects, and her life to satisfy scientific curiosity; of how she sought true love despite her lamentable eccentricities; and of her thrilling expedition to the mountains of Vystrana, where she made discoveries that would change the world...

The Tropic of Serpents: A Memoir by Lady Trent

Three years after her fateful journeys through Vystrana, the widowed Mrs. Camherst defies convention to embark on an expedition to the savage, war-torn continent of Eriga, home of the legendary swamp-wyrms of the tropics. Accompanied by an old associate and a runaway heiress, Isabella must brave heat, fevers and palace intrigues to satisfy her boundless fascination with all things draconian.

Voyage of the Basilisk: A Memoir by Lady Trent

Six years after her perilous exploits in Eriga, Isabella embarks on her most ambitious expedition yet: a two-year trip around the world to study all manner of dragons in every place they might be found, from feathered serpents in the ruins of a fallen civilization to the mighty sea serpents of the tropics. Facing storms, shipwrecks, and warfare, she makes a discovery that offers a revolutionary new insight into the ancient history of dragons.

In the Labyrinth of Drakes: A Memoir by Lady Trent

In this, the fourth volume of her memoirs, Lady Trent relates how she acquired her position with the Royal Scirling Army; how foreign saboteurs imperiled both her work and her well-being; and how her determined pursuit of knowledge took her into the deepest reaches of the Labyrinth of Drakes, where the chance action of a dragon set the stage for her greatest achievement yet.

Within the Sanctuary of Wings: A Memoir by Lady Trent

After her adventure in the mountains of Vystrana, and her exploits in the depths of Eriga, to the high seas aboard The Basilisk, and then to the deserts of Akhia, the Lady Trent has captivated hearts along with fierce minds. This concluding volume will finally reveal the truths behind her most notorious adventure--scaling the tallest peak in the world, behind the territory of Scirland's enemies--and what she discovered there, within the Sanctuary of Wings.

Why you should buy: This series was a finalist in the 2018 Hugo Awards for Best Series!

That's all for now, but check back tomorrow for our final gift guide! And don't forget to follow us on social media so you won't miss any of our 12 Days of Christmas posts; you can find us at Facebook, Twitter & Instagram!