Today we’re giving you a list of titles for the person who hasn’t taken their Halloween decorations down yet – read on for tomes that will keep horror lovers up all night! 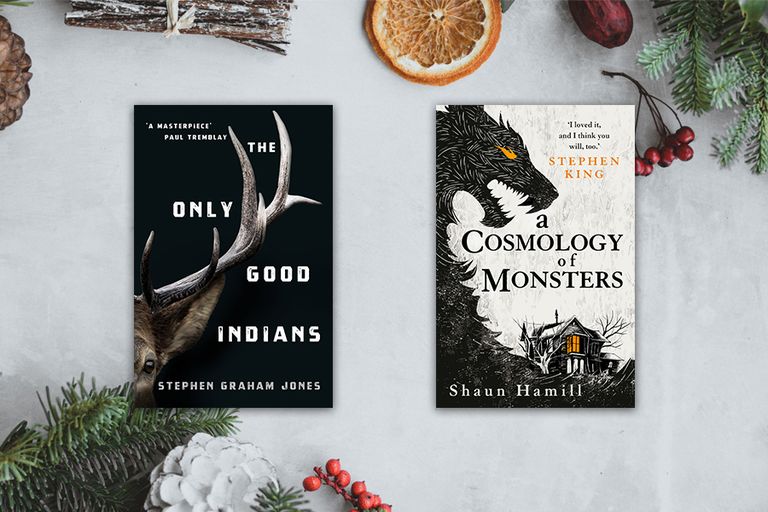 Ricky, Gabe, Lewis and Cassidy are men bound to their heritage, bound by society, and trapped in the endless expanses of the landscape. Now, ten years after a fateful elk hunt, which remains a closely guarded secret between them, these men – and their children – must face a ferocious spirit that is coming for them, one at a time. A spirit which wears the faces of the ones they love, tearing a path into their homes, their families and their most sacred moments of faith.

Why you should buy: A seamless blend of contemporary literary horror and soul-searching social commentary from a writer who is fast becoming a leading voice in new wave horror.

Shaun Hamill - A Cosmology of Monsters

Noah Turner’s family are haunted by monsters that are all too real. As his father becomes obsessed with the construction of an elaborate haunted house - the Wandering Dark - the family tries to shield baby Noah from the staged horror. But unbeknownst to them, Noah is being visited by a wolfish beast with glowing orange eyes. Noah is not the first of the Turners to meet the monster, but he is the first to let it into his room…

Why you should buy: Do you see that cover?! Stephen King loved it and he thinks you will too. 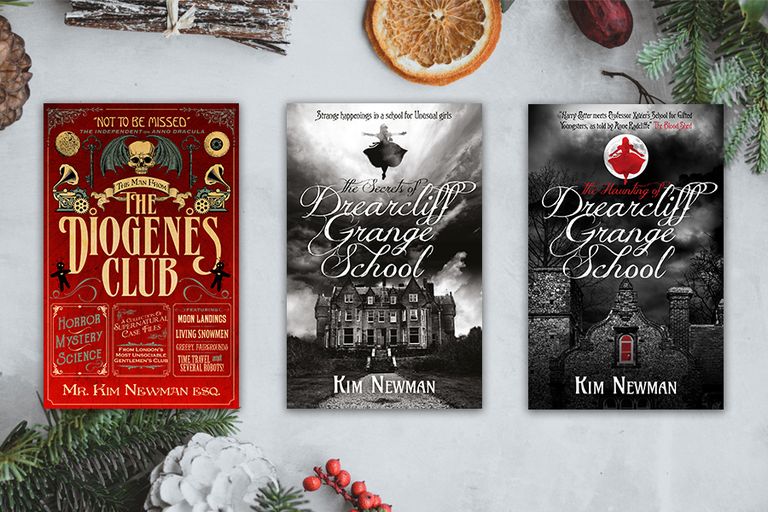 Kim Newman – The Man From the Diogenes Club

A collection of short stories featuring the supernatural adventures of the titular club, a secret wing of the British government established to deal with extraordinary threats to the realm. In the swinging seventies, Richard Jeperson - secret agent of the Diogenes Club - solves crimes too strange for Britain's police. His fashion sense is gaudy, his enemies deadly, his associates glamorous.

The Secrets of Drearcliff Grange School

When her mother finds her sleeping on the ceiling, Amy Thomsett is sent to Drearcliff Grange School in Somerset. Although it looks like a regular 1920s boarding school, Amy learns that Drearcliff girls are special, the daughters of criminal masterminds, outlaw scientists and master magicians. When one of the girls in her dormitory is abducted, Amy and her friends must form a secret, superpowered society called the Moth Club to rescue her.

The Haunting of Drearcliff Grange School

Amy Thomsett – the girl who flies on moth-wings – takes part in the Great Game, a contest of skill against other institutes of learning. In a nightmare, and in the cellars of a house in Piccadilly, Amy glimpses a spectre who might have dogged her all her life, the Broken Doll. The cracked-face, glass-eyed creature might well be the most serious threat the Moth Club have ever faced. 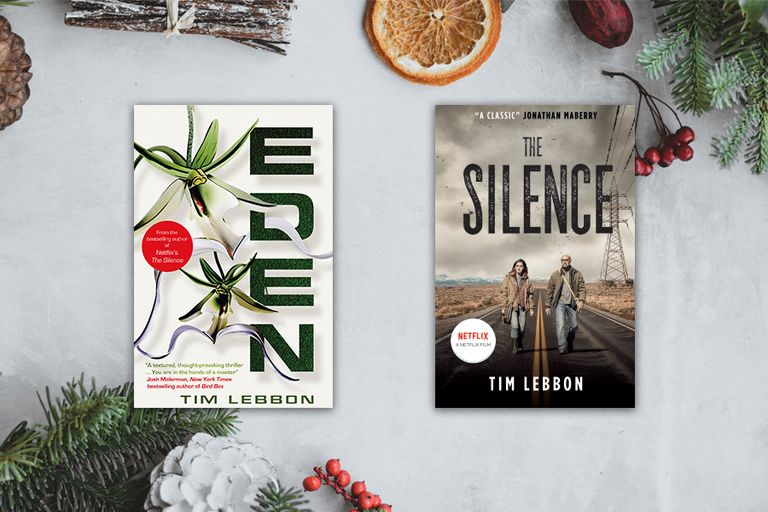 The Virgin Zones were established to help combat the effects of global warming.  These vast areas were intended to become the lungs of the world. Extreme sports enthusiasts target these dangerous zones for illicit races.  When one such team enters the oldest Zone, Eden, they find nature has returned to Eden in a primeval way. And here, nature is no longer humanity's friend.

So, are you ready for the race of your life?

In the darkness of a underground cave, blind creatures hunt by sound. Then there is light, voices, and they feed... Swarming from their prison, the creatures thrive; to whisper is to summon death. As the hordes lay waste to Europe, a girl watches to see if they will cross the sea. Deaf for years, she knows how to live in silence; now, it is her family’s only chance of survival.

Why you should buy: Lebbon writes all-too-believably-near future dystopias incredibly well. Perfect for reading between your fingers, with all the lights on, and eyes half shut... 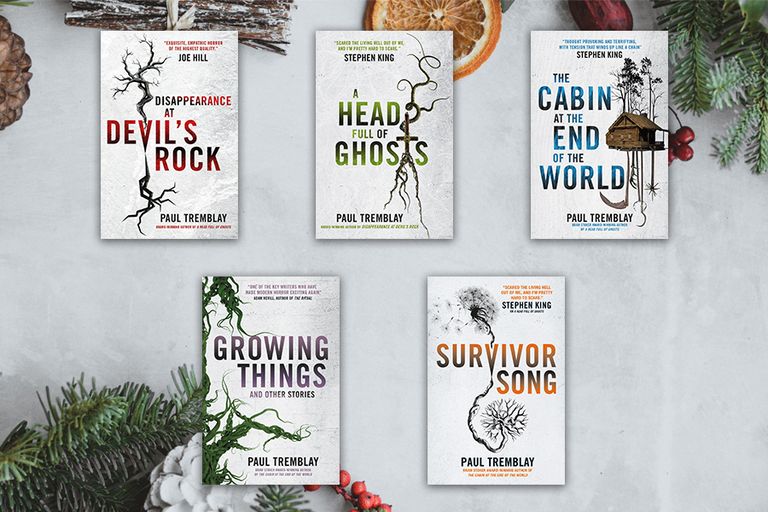 Late one summer night, Elizabeth Sanderson receives the devastating news that every mother fears: her 13-year-old son, Tommy, has vanished in the woods of a local park. Riddled with worry, pain, and guilt, Elizabeth is wholly unprepared for the strange series of events that follow. As the search grows more desperate, and the implications of what happened become more haunting and sinister, no one is prepared for the shocking truth about that night.

A Head Full of Ghosts

The lives of the Barretts, a suburban New England family, are torn apart when fourteen-year-old Marjorie begins to display signs of acute schizophrenia. To her parents’ despair, the doctors are unable to halt Marjorie’s descent into madness. As their stable home devolves into a house of horrors, they reluctantly turn to a local Catholic priest for help, and soon find themselves the unwitting stars of The Possession, a hit reality television show.

The Cabin at the End of the World

A vacationing family is terrorized by four strangers who claim to be attempting to either avert or bring about the apocalypse. An intense novel of psychological horror and suspense that will keep readers guessing as to whether the struggle between the family and the strangers will not only result in lost lives but ultimately in the end of the world.

Growing Things and Other Stories

A collection of award-winning author Paul Tremblay's most acclaimed short fiction (many of which are published here in the UK market for the first time) and new stories set in the worlds of two of his popular novels, Growing Things and Other Stories is an exciting glimpse into Tremblay’s fantastically fertile imagination – a nerve-rending collection with much to offer fans new and old.

Quarantine, the only way to stem the wildfire spread of a rabies-like virus. The hospitals cannot cope and civilisation is breaking down. Staying inside is the only way to keep safe. But paediatrician Ramola Sherman can’t stay safe, when her friend Natalie calls – her husband is dead, she’s eight months pregnant, and she’s been bitten. So begins a desperate race to save Natalie and her unborn child.

Why you should buy: Setting aside the thrilling writing, all the awards, and the extremely prescient plot of Survivor Song, Stephen King said “A Head Full of Ghosts scared the living hell out of me, and I’m pretty hard to scare" which seems like a pretty good reason to us! 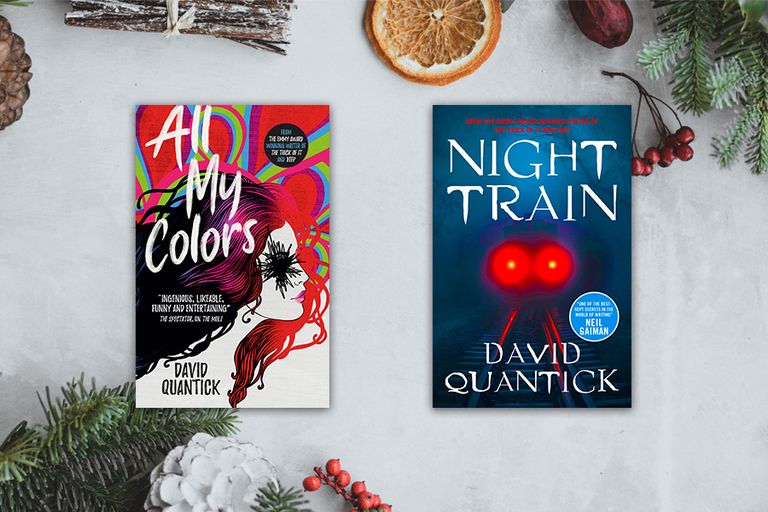 David Quantick – All My Colors

Todd Milstead is a wannabe writer, a serial adulterer, and a jerk, only tolerated by his friends because he throws the best parties. Showing off his perfect recall, quoting poetry and literature, he begins quoting from a book no one else seems to know, a novel called All My Colors. Todd makes a decision: he will “write” this book that nobody but him can remember. After all, if nobody’s heard of it, how can he get into trouble?

A woman wakes up, frightened and alone – with no idea where she is. She's in a room but it's shaking and jumping like it’s alive. Stumbling through a door, she realizes she is in a train carriage. A carriage full of the dead. This is the Night Train. A bizarre ride on a terrifying locomotive, heading somewhere into the endless night. A personal hell unfolding in an apocalyptic future.

Why you should buy: Humorous and horrifying novels from the Emmy Award-winning writer of Veep, Avenue 5 and The Thick of It! 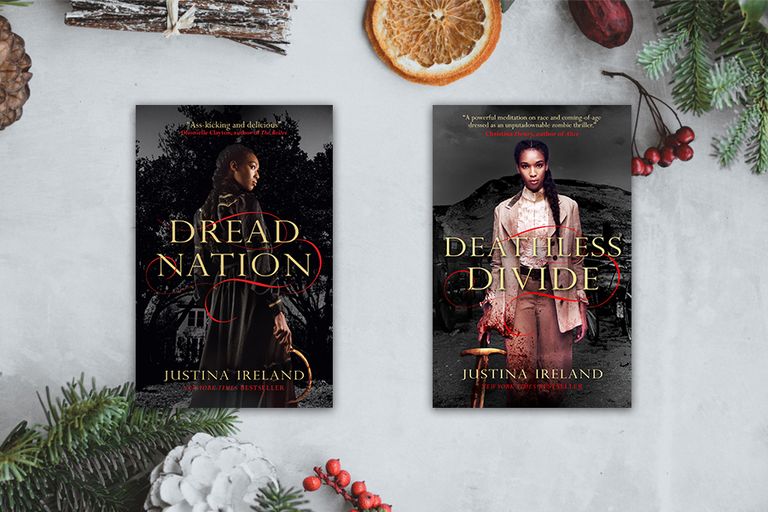 After the fall of Summerland, Jane McKeene hoped her life would get simpler: Get out of town, stay alive, and head west to California to find her mother. But nothing is easy when you’re a girl trained in putting down the restless dead, and a devastating loss on the road has Jane questioning everything she thought she knew about surviving in 1880s America. But she won’t be in it alone. Katherine Deveraux never expected to be allied with Jane McKeene.  Watching Jane’s back, however, is more than she bargained for, and when they both reach a breaking point, it’s up to Katherine to keep hope alive.

Why you should buy: A powerful, compelling tale of a young girl’s journey through a hostile world, Jane McKeene is an unforgettable protagonist, and these are unforgettable books! 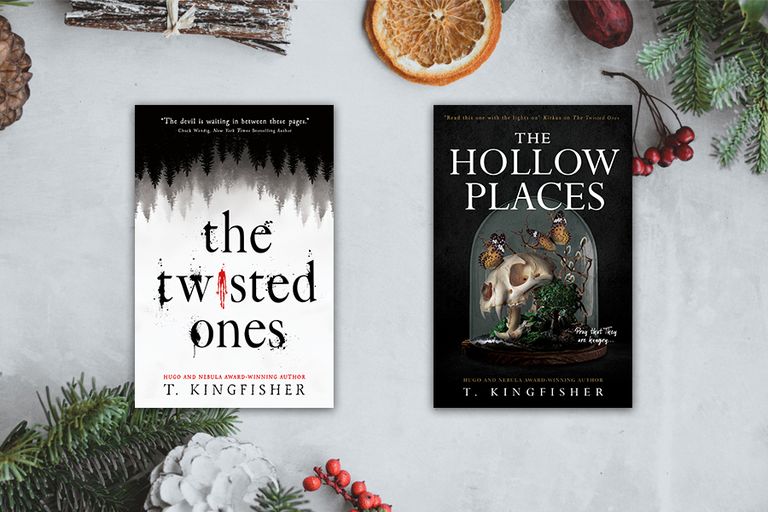 T. Kingfisher - The Twisted Ones

When Mouse’s dad asks her to clean out her dead grandmother's house, she says yes. After all, how bad could it be? Answer: pretty bad. Grandma was a hoarder, and her house is stuffed with useless rubbish. Mouse stumbles across her step-grandfather’s journal, which seems like nonsense until Mouse encounters some of the terrifying things he described. Alone in the woods with her dog, Mouse finds herself face to face with impossible terrors and, worst of all, finds she cannot look away…

Kara has moved into the Wonder Museum -  an eclectic collection of taxidermy, shrunken heads, and Mystery Junk owned by her Uncle Earl. For Kara, it’s not creepy at all: she grew up with it. What’s creepy is the corridor behind one of the museum walls. There’s just no space for a corridor there – or the concrete bunker, or the strange islands beyond the bunker’s doors, or the unseen things  in the willow trees. Kara has stumbled into a horrifying world, and They are watching her. Strewn among the islands are the remains of Their meals – and Their experiments. And even if she manages to make it home, she can’t stop calling Them after her…

Why you should buy: Page-turning, gripping, female-focused horror with a strong narrative voice from a Hugo and Nebula award-winning author!

That's all for now, but we'll be posting recommendations all week! Don't forget to follow us on social media so you won't miss any of our 12 Days of Christmas posts; you can find us at Facebook, Twitter & Instagram!