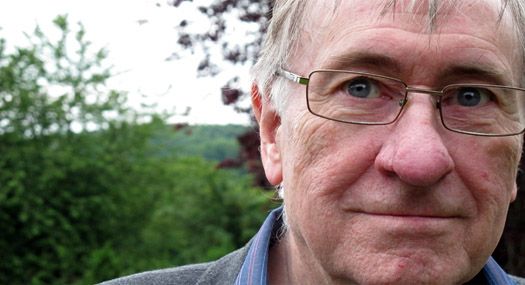 What was it like, watching your work come to life on screen with Chris Nolan’s The Prestige? Was it different to how you would have pictured it?
I'd read the screenplay a couple of years earlier, so it wasn't a complete surprise. But, you know, you're sitting there in the dark and suddenly there's this great big screen and things you've written are going on in front of you. And the cinema is full (it was a huge press-show in the Vue, in the West End), so there's no escape. It's all there, with everyone watching. At first I found the film confusing: it was different from the book but very like it. I kept thinking: "That's a good bit -- did I write that?" It took about the first half-hour for me to settle down and watch it as I would an ordinary film ... up until then I was mentally fidgeting, and struggling to stop saying "Holy shit!" out loud. My first impression was half-and-half ... it looked terrific to me, with real actors and great big sets and music and things going on, but at the same time I was noticing differences. To be honest, I don't remember all that much about the experience of the first viewing. But I went back a few days later, after it had opened, and it looked much more comprehensible. I began to see then it was a separate take on the material. You call it "Chris Nolan's The Prestige", and I accept that now. The book and the film are uncannily alike, but also very different. I saw it in Russia once, dubbed into Russian. The vision of Michael Caine apparently speaking Russian is a sight no one should miss.

You cite H.G. Wells as a huge inspiration for your work – what’s your favourite of his novels?

I think The War of the Worlds is his most enjoyable book -- it lives in its period, but it hasn't dated at all. I've read a huge number of Wells's books (including many of the ones that have never been reprinted), and the odd thing is that the more recent books have dated much more than the old ones. He wrote most of his SF, his scientific romances, when he was a young writer struggling to make a living, and so all those early novels are full of energy and great storytelling and, in many cases, very good prose. After he became successful his novels started becoming preachy, full of advice and warnings and important opinions. However that's not true of them all. I really like Tono-Bungay, Christina Alberta's Father, Mr Britling Sees it Through, Ann Veronica and Kipps ... but my favourites are still The Time Machine, The Invisible Man, and so on. Wells is really a writer whose work defies "favourites" ... his whole body of work, including much of his non-fiction, is a stunning achievement.

I recently saw (again) George Pal's adaptation of The Time Machine, made in 1960. The first half of the film, when Rod Taylor is using the Time Machine and he is seeing the future unfold, has never been bettered. Pal makes excellent use of a shop-window mannequin, whose clothes are changed to follow fashion ... so much better and more cinematic than having a voice-over intoning the same thing. Incidentally, one of my favourite Wells films is Time After Time, directed in 1979 by Nicolas Meyer and starring Malcolm McDowell. McDowell plays H. G. Wells himself, and uses the Time Machine to follow Jack the Ripper into the far future. (Er ... 1979!) It sounds hokey, but the whole thing is done with a great deal of inventiveness and wit.

How would you say your work’s developed over the years? How does The Adjacent compare to, say, Inverted World?

Well, it's quite a bit longer!
Seriously, I can't really compare them. I wrote Inverted World 40 years ago, and obviously I and the world have changed out of recognition since. All I can say about my older books (and I suppose, the newer ones too) is that when I wrote them I did the best I could and meant them. Naturally, as you gain more experience as a writer, your work changes and improves. You take on more ambitious things. I couldn't possibly have written The Adjacent at the time I was writing Inverted World, because of the sheer scope of what it covers. But I had to re-read Inverted World a few years ago (there was a new U.S. edition and they sent me proofs), and I realized that the reverse was also true. I wouldn't be able to write it now. I'm too wary of things I shouldn't do or try to do in a book. Inverted World just grabs the idea, grips it in its teeth and charges off like a mad thing. I'd love to be able to do that now.

We’re intrigued to know - what are you working on next?

The main thing is a new novel, provisionally called The Section. (NB: PROVISIONAL TITLE.) I'm doing it now. I also have another novel which I've put aside for the time being, called The Late (working title). I have plans for an amazing work of non-fiction which I'll be working on after I've delivered one of these novels. There is a film of The Glamour in preparation, but I am no longer involved with that. And there is a stage play of The Prestigewhich is planned to go into rehearsal later this year, and which will probably open with a provincial tour, followed by a West End opening near Christmas. I think that's enough for now ...