WWE Heroes is a collection of comic strips featuring Wrestling’s biggest superstars, including Triple H, Batista, John Cena, The Undertaker, the WWE Divas and many, many more. These never-before-collected stories star the WWE’s larger-than-life characters as they take on all-comers, inside and outside of the squared-circle, in a specially created universe of their very own.

Since the dawn of time the powers of good and evil have been locked in unending battle and the firstborn children of light and darkness have been reincarnated time and again. In each new generation these children are amongst the mightiest warriors of the age, one destined to protect and the other destined to destroy. Now, in the present day, where else would these champions be found than within the ranks of the WWE? Battle lines will be drawn as the best (and worst) in sports entertainment fight for the biggest prize of all… the future of the human race! 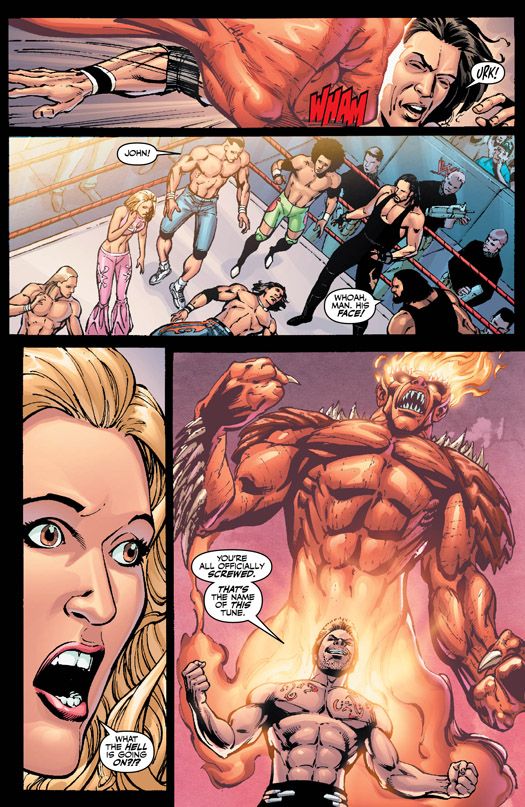 This new collection features WWE Heroes #1-6, plus the iPhone comic #0.