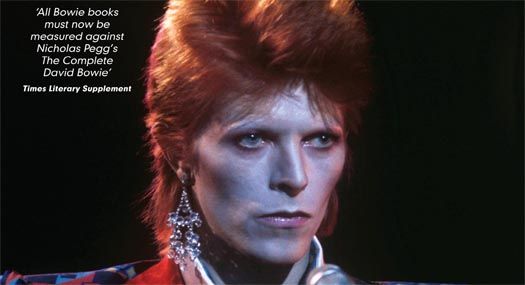 Titan Books are pleased to announce a signing and launch party for The Complete David Bowie in London on September 24th. Click here to find out all the details about this event.

Critically acclaimed in its previous editions, The Complete David Bowie is widely recognized as the foremost source of detailed information and perceptive critical analysis covering every aspect of David Bowie’s career. It has won nominations as music book of the year from Uncut magazine (‘I can’t imagine how this book could be better’) and BBC Radio 5 Live (‘Absolutely thorough, absolutely definitive and absolutely entertaining’) among many other plaudits.

Titan Books are now delighted to announce the publication of the sixth edition. Published on 9 September 2011, The Complete David Bowie has been fully revised and updated, expanding on previous editions to provide more detail and discussion than ever before.

As well as incorporating all the latest updates, such as the surprise leaking earlier this year of the unreleased Toy album, the new edition includes substantial additions to the earlier chapters. ‘The encyclopaedic structure of the book means that every chapter needs constant updating,’ explains author Nicholas Pegg, ‘and for this edition I’ve had the opportunity to add extensive new material to several chapters, particularly the A-Z of songs. Things might have been a little quiet on the Bowie front recently, but a great deal of fresh information has emerged about the classic recordings, not to mention a host of little-known demos, out-takes, and rarities. The result is the biggest single update that the book has ever had.’
When The Complete David Bowie first appeared, the overall word count was 350,000. Now it has grown to well over half a million words, and the new edition promises to be the most comprehensive guide to David Bowie’s work ever published.

‘Even the most hardcore fan is going to find something new in this edition,’ says the author. ‘You might be familiar with all the famous songs, but how much do you know about the music and lyrics of the elusive Ziggy Stardust out-take ‘It’s Gonna Rain Again’? Do you know which classic track was demoed with Bowie singing the words ‘Humpy Dumpty sat on a wall’? Or which famous song began life as ‘I’d Like a Big Girl With a Couple of Melons’? These and many, many more revelations will be appearing in print for the first time in the new edition of The Complete David Bowie.’ 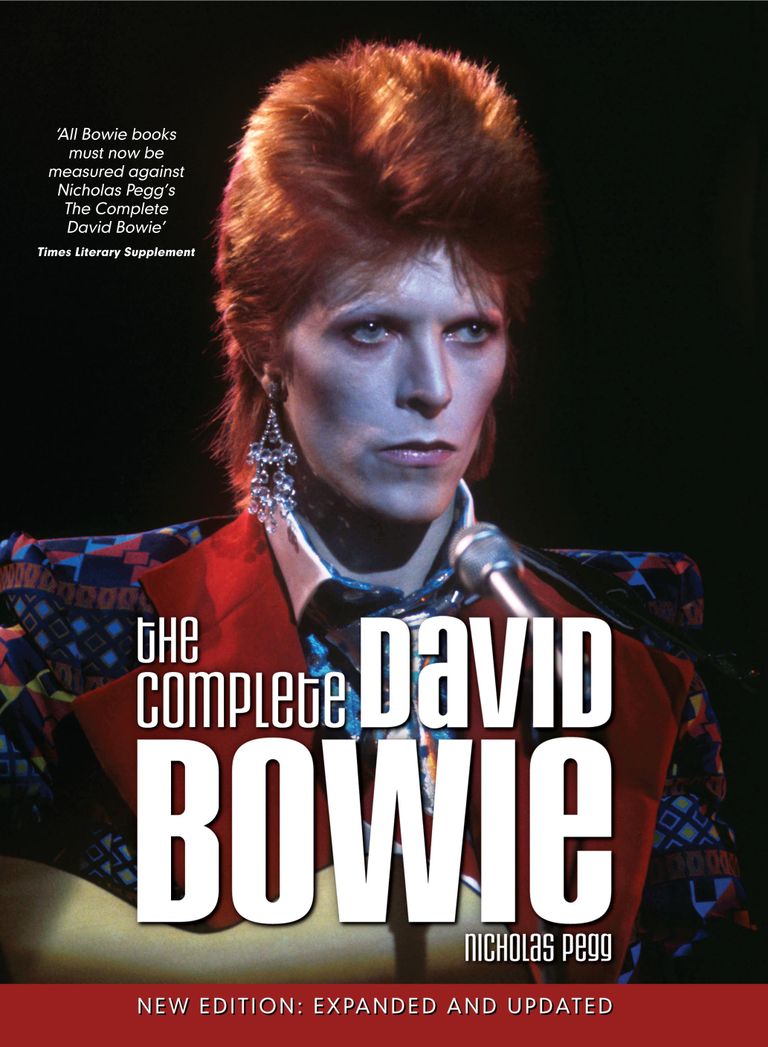 As before, The Complete David Bowie will include:

* The Albums – detailed production history and analysis of every album from 1967 to the present day.

* The Songs – hundreds of individual entries reveal the facts and anecdotes behind not just the famous recordings, but also the most obscure of unreleased rarities – from ‘Absolute Beginners’ to ‘Ziggy Stardust’, from ‘Abdulmajid’ to ‘Zion’.

* The Tours – set-lists and histories of every live show.

* The Actor – a complete guide to Bowie’s work on stage and screen.

* Dateline – the most exhaustive day-by-day calendar of Bowie’s career ever published.

* Plus – the videos, the BBC radio sessions, the paintings, the internet and much more.

From the 11-year-old’s skiffle performance at the 18th Bromley Scouts’ Summer Camp in 1958, to the emergence of the legendary ‘lost’ album Toy in 2011, The Complete David Bowie discusses and dissects every last move in rock’s most fascinating career.