We are extremely excited to reveal the fantastic cover of the first novel in the Cthulhu Casebooks series by the wonderful James Lovegrove: Sherlock Holmes and the Shadwell Shadows! This is the first of a trilogy, in which Sherlock Holmes and Dr. Watson will battle against the Old Ones in a secret conflict, stretching across thirty years from their first days at Baker Street until the dawn of the First World War. James Lovegrove is an old hand at the Sherlock novel, being the author of three previous titles for Titan Books. He's done a fantastic job adding Lovecraftian themes to the mix, and we think you'll agree that Julia Lloyd has done an amazing job in designing a really striking cover. 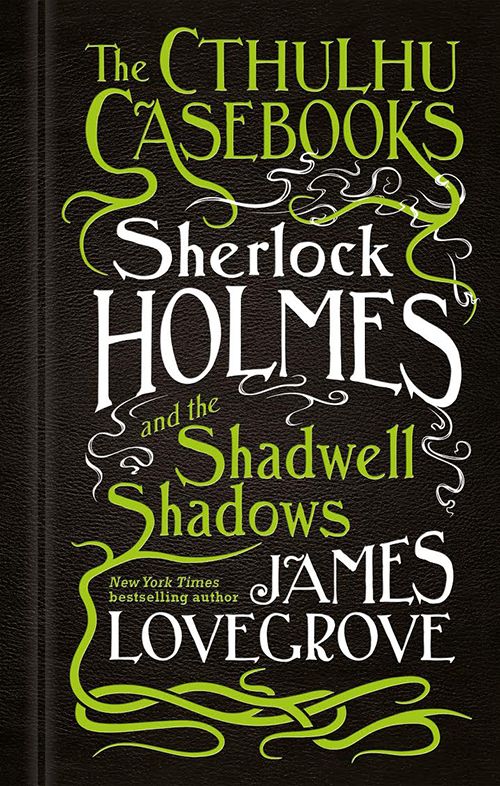 More about The Cthulhu Casebooks: Sherlock Holmes and the Shadwell Shadows: "In the stews of London’s East End, an outbreak of insanity sees ordinary men and women reduced to gibbering, incoherent wrecks; a mysterious creeping fog hides terrifying apparitions within that rob the wits of all who see them and even inspire suicide. Sherlock Holmes, in the infancy of his detecting career, deduces a connection between these sinister “shadows” and a mysterious drug lord who is bent on expanding his criminal empire. Yet there are even more sinister forces at work, as the great detective faces a challenge so fearsome and deadly that his career may be over almost as soon as it has begun..."