From the author of cult favourite The Dice Man comes Luke Rhinehart’s brand-new novel Invasion. Titan Books publishes in the US and UK on September 6, 2016 and we are delighted to reveal the awesome cover! 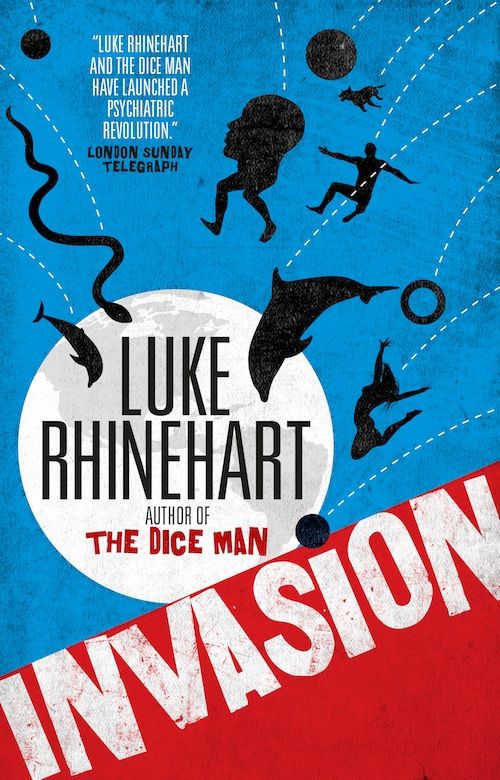 Super-intelligent hairy beach balls suddenly appear from another universe, creatures that can change shapes into anything from a small alligator to a centipede to an eyeless four-foot human. And they’ve come to earth to play.

It’s pretty weird. That’s what old codger Billy Morton thinks when “Louie” lands in his fishing boat and follows him home. He, his wife and two boys come quickly to love this playful alien, but when “Louie” starts using their computer to hack into government and corporate accounts, learn all that the NSA knows, and steal millions from banks to give to others, they realize that Louie and his friends mean trouble. The life of Billy and his family begins a roller-coaster ride of fame, fortune, jail, death, resurrection, and a distinguished ranking high on the FBI’s “Most Wanted” List.

The Government soon decides that all these aliens, even though most of them seem interested in only harmless play, are terrorists. They must be eliminated. This monumental “war” involves the full weight of the American Powers that Be against less than a few hundred on Louie’s team. They are playing games they hope will help humans to see the insanity of the American political, economic and military systems. But the Powers that Be don’t play games: they make war.