We're really excited to reveal the cover of the second book in the highly entertaining thriller F.X. Shepherd series set amid the cut-throat world of tabloid journalism. The first book, Hack, introduced us to the pet columnist F.X. Sherpherd, who finds himself on the trail of a serial killer called The Hacker.

Here is the cover for the brand new book in the series, Shoot, designed by Julia Lloyd: 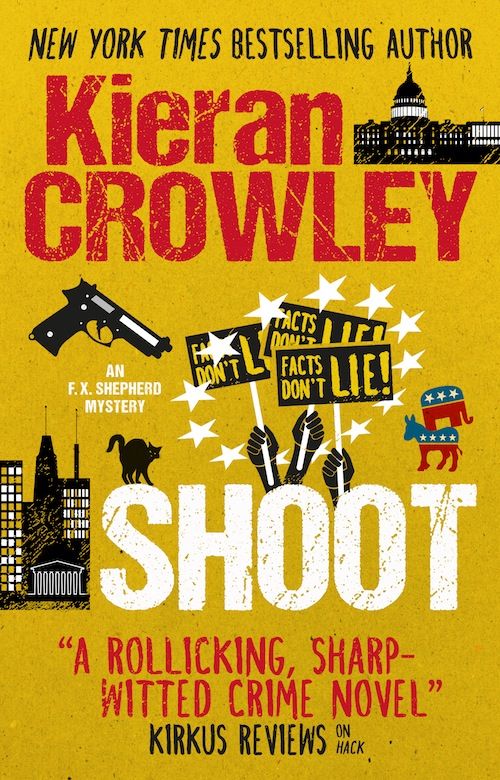 In Shoot, F.X. Shepherd is juggling a new job as a PI, while keeping up with his strangely popular pet column. He is hired by a congressman who has received death threats, part of the escalating war between the Republican Party and Tea Party extremists. A series of murders of gun rights politicos at a presidential convention ratchets up the stakes, and Shepherd must fight off his liberal parents, do-anything-for-a-story reporter Jeannie Mac, and a gang of mysterious gunmen.