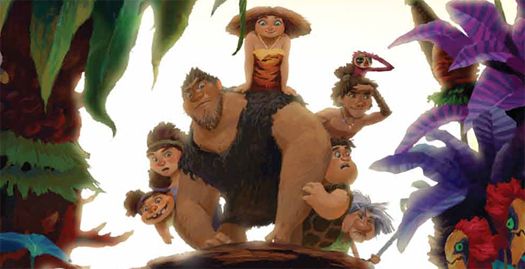 Ahead of the film's release this Friday, 22 March, this morning's Spring Solstice sunrise at Stonehenge saw the unveiling of a giant monument for Twentieth Century Fox's THE CROODS, the DreamWorks Animation featuring the voice talent of Nicolas Cage, Ryan Reynolds and Emma Stone!

The Spring Solstice or ‘Vernal Equinox’ recognises the first day of spring and each year sees druids and pagans gather at Stonehenge early in the morning to watch the sun rise above the prehistoric stones. This year, an additional monument in the shape of ‘THE CROODS’, became part of these special celebrations at daybreak. With the area's local Scouts on hand to help roll the colossal construction into place, this marks the first time a modern structure has EVER been allowed on this historic site! 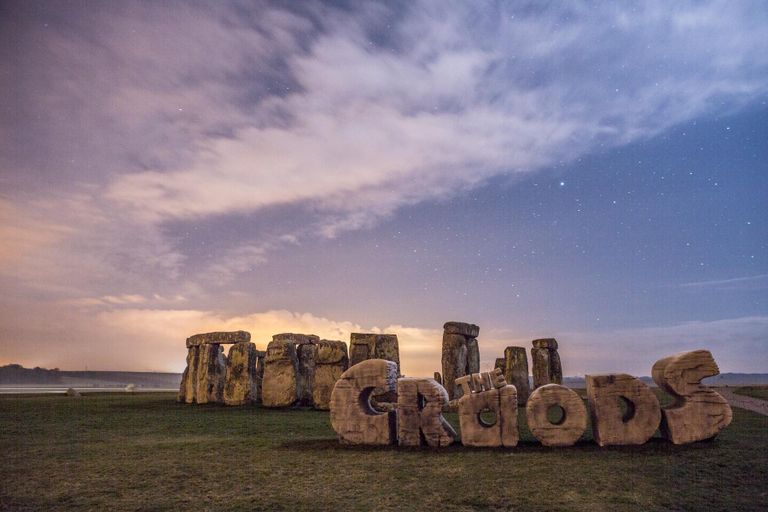 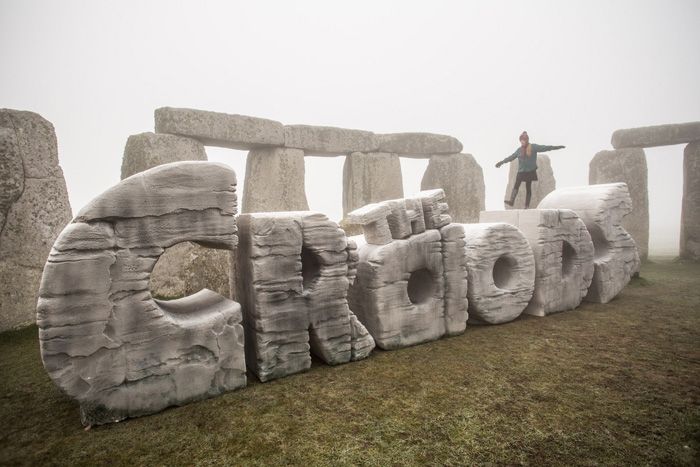 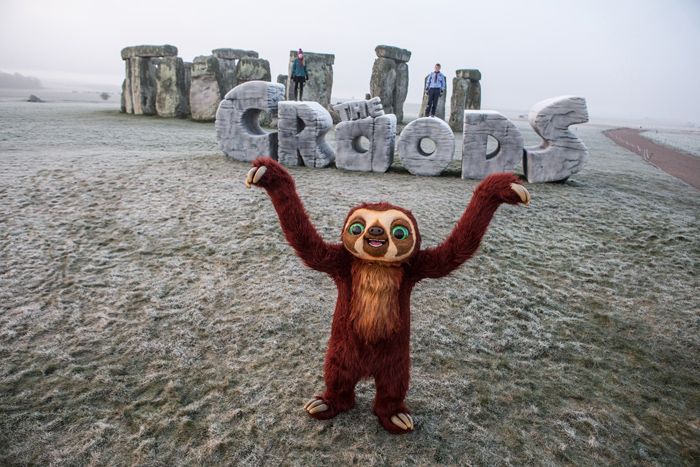 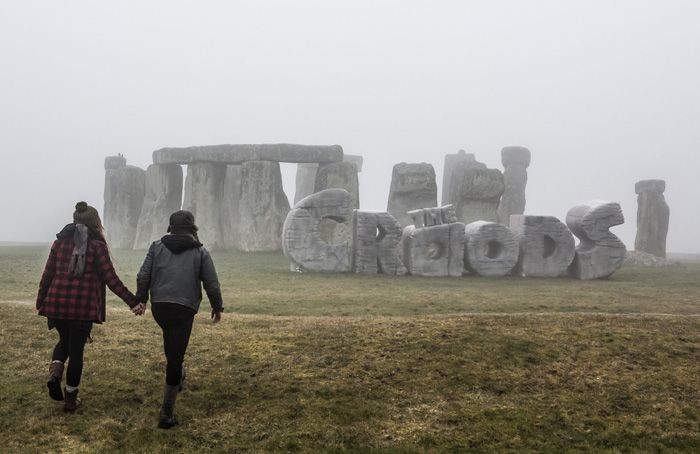 THE CROODS is a prehistoric comedy adventure that follows the world’s first family as they embark on a journey of a lifetime, when the cave that has always shielded them from danger is destroyed. Traveling across a spectacular landscape, the Croods discover an incredible new world filled with fantastic creatures -- and their outlook is changed forever.