On May 25th (9.20pm), BBC Two airs David Bowie: Five Years. This documentary is an intimate portrait of five key years in David Bowie's career. Featuring a wealth of previously unseen archive this film looks at how Bowie continually evolved, from Ziggy Stardust, to the Soul Star of Young Americans, to the 'Thin White Duke'.

Nicholas Pegg, author of Titan's The Complete David Bowie  worked as consultant on the programme.

The Complete David Bowie is widely recognized as the foremost source of analysis and information on every facet of Bowie’s career. From the 11-year-old’s skiffle performance at a Scouts’ Summer Camp in 1958, to the surprise 2011 appearance of the lost album Toy and beyond, The Complete David Bowie discusses and dissects every move in rock’s most fascinating career. 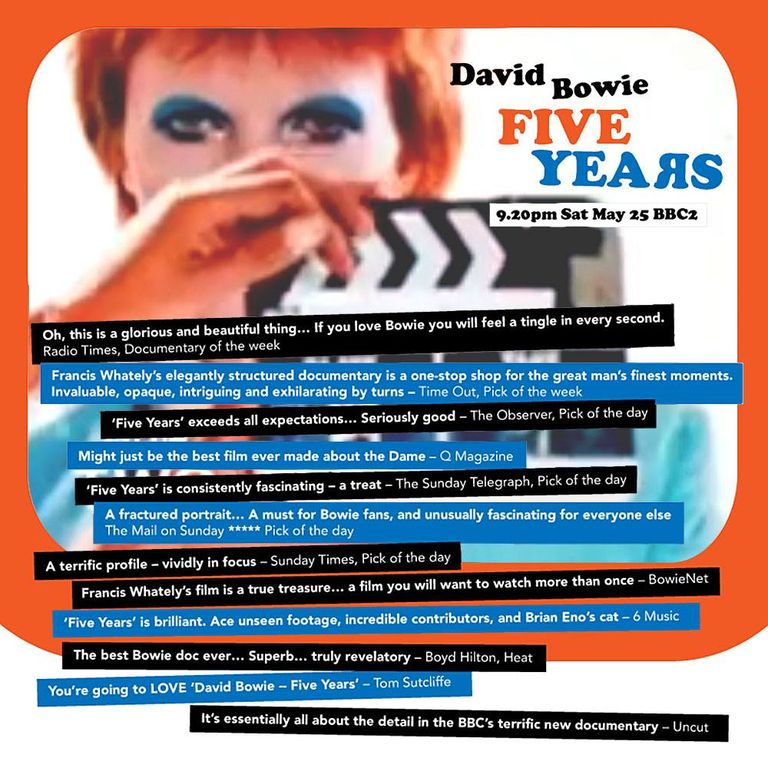