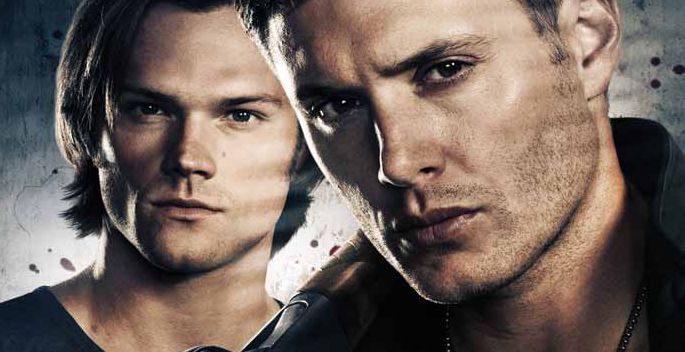 “We started a whole new story with the Leviathan and we didn’t quite know if that was going to work or not,” Gamble reveals.

“We knew when we opened the door to Purgatory at the end of season six that season seven was going to be Leviathan-centric,” recalls executive producer Robert Singer, “but where exactly it was gonna take us, that we didn’t know. We had some broad strokes, of course, but we never have it totally figured out at the start of the season. We get the first third of the season done in our heads, and then we find our way through it.”

“The Leviathan have been a metaphor for corporate greed, among other things, all season,” Gamble elaborates. “When we were crafting these villains, we talked about what freaked us out in the writers’ room and we came to the conclusion that big corporations are scarier than the government.” Singer agrees. “A lot of our villains over the years have been monstrous, and we thought these monster corporations and their lack of morality seemed to be a perfect fit for this ultimate monster.”

“It was a different animal that we had to tackle,” notes executive producer Phil Sgriccia. “The big, bad, evil thing for the year was in a corporate takeover suit, so the element of scariness was quite a bit different and a bit more isolated and cold. It wasn’t like some hairy monster in a dark basement somewhere; it was a guy in a suit taking over a food company who was going to put something poisonous into the food supply.” Of course, we are their food supply. How they eat us varies – from raw to barbequed, plain or dipped in garlic sauce or slathered with cheese sauce – but one thing they have in common is their big mouth. “When the Leviathan showed their faces with the big giant mouth,” Sgriccia says, “we tried to minimize that because it’s like how Jaws is scarier when you don’t see the shark. When you do see the shark, you go, ‘Oh, it’s a big, giant rubber shark,’ so we tried to just give you a taste of it here and there.”

Seeing the monstrous mouth too often would have also overshadowed the monster corporation aspect. What they needed for the Leviathan was a mouthpiece – so to speak – and they found him in Dick Roman. “I was in my office with Ben [Edlund] very early in the season and we were writing on my whiteboard details about who the head of the Leviathan would be, what kind of personality he would have,” Gamble explains. “We pictured someone who smiled a lot, like an old-time, really suave game show host type. That’s when we started to call him Dick, because we started talking about how Dick used to be a viable nickname for guys, and how strange that is. Then the number of dick jokes that flew back and forth between the two of us in under two minutes sealed the deal.”

Another nickname for Roman could be The Man With The Plan. “The best cool villains are always the ones that have such confidence in themselves and don’t worry about things and have total faith in their plan,” says Singer. “I think that’s why all those great Bond villains work. They seem impenetrable, and that they’re always one step ahead of you.

“James Patrick Stuart was a really nice piece of casting,” Singer continues. “He did great throughout. He [plays Dick with] an enormous amount of confidence and a twinkle in his eye. Dick’s very bemused by people that he feels are less than him on the food chain. No pun intended. Well, I guess pun intended! Right up to the very end, when he gives you that smile after he’s been jabbed in the neck, and you go, ‘Why the hell is he smiling?’ even then he knows something that we don’t know. Dick Roman was a well-written villain throughout the year and James certainly acted tremendously. He was a great addition.”

Another aspect of the “corporate monster” was the feeling that the Leviathan were everywhere – they infiltrated credit card companies, hospitals, even the FBI. Any time the Winchesters used a credit card, stepped in front of a security camera or drove the Impala, the Leviathan could find them. As a result, Sam and Dean had to make drastic changes to their lives, which Sgriccia thinks was a necessary thing to do story-wise at this point in Supernatural. “To make the show move forward and feel like it’s somewhat fresh, you don’t want to get caught up in doing the same stuff that you’ve always done. As soon as you start repeating yourself, you might as well not do the show. Inevitably, there’s a certain amount of repetition just by doing the show that you want to do, just by making more episodes about these guys, but we find that it’s better if you take certain things away from them. Change is inevitable, so I think we should make it uncomfortable for everybody, because then everybody’s thinking in different ways, coming up with a little bit here and there to make the show better. I think it helped Jared and Jensen as actors, too. They didn’t get to ride in the car, and the Impala is our third character, so losing that was problematic for them.”

Losing the Impala also forced Sam and Dean to act more like outlaws, stealing cars as needed. Sgriccia reveals that they even considered taking the consequences of Sam and Dean’s financial problems further. “We had to figure out how they could get money when they couldn’t use credit cards anymore,” he points out. “So we talked about them having scenes where they were robbing drug dealers or something, but that never came about.”

If only they’d had an angel who could telekinetically manipulate a roulette table, they would have been all set, but the writers even took away Castiel for most of the season. “They didn’t have angel power!” Sgriccia says. Which would have also come in handy when Dean was almost stranded in 1944, not to mention when Bobby took a bullet to the head.

“That whole Bobby story – I think it’s interesting how that evolved,” comments Gamble. “It ended up being a cautionary tale about the levels a hunter can reach in their devotion to their job. In a certain way, I see the whole supporting cast of this show as reflections of Sam and Dean; who they could become. I’d like to think maybe they won’t come back as ghosts now that they saw [what it did to Bobby].”