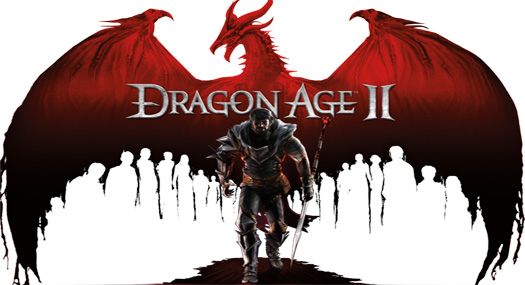 Check out this great interview with David Gaider and Mike Laidlaw who worked on Dragon Age II. Fans of the series will be very familiar with David Gaider's name as he also wrote the stunning Dragon Age novels, which you can find at the bottom of the page.


*****
Rejoice, fantasy gamers, for the mighty sequel to Dragon Age is here at last!

Today marks the release of Dragon Age II, the heavily anticipated follow-up to the award-winning role playing game, Dragon Age: Origins. To celebrate its release, I’ve got a special treat for you in the form of an exclusive interview with two of the driving forces behind the game’s design.

Developed by BioWare, the Dragon Age franchise began with the original game Origins in 2009. It’s still available on Windows, Mac, PlayStation 3, and XBOX 360 and is one of the finest examples of character-driven storytelling in gaming history. The original showcased compelling characters and themes within an original world which was developed from the ground up.

With Dragon Age II, BioWare has raised the bar again by embracing a framed narrative and even more epic storyline. I had the privilege to sit down and talk with David Gaider, the lead writer for the franchise, and Mike Laidlaw, the lead designer. Let’s dive into that discussion!

Jason Denzel: In the last few years, Dragon Age has become a powerhouse fantasy franchise. How did the core idea for the franchise manifest? How did you get involved?

David Gaider: As I recall, we’d just finished work on the expansions for Neverwinter Nights. BioWare was eager to branch out into its own intellectual properties, and really the only question was what kinds of worlds we wanted to make. James Ohlen, the Lead Designer for Dragon Age at its outset, approached me to help put together a setting within some basic parameters: a fantasy world that hearkened back to the Baldur’s Gate series, something that both James and myself remembered fondly. (Baldur’s Gate II was the first game I worked on at BioWare.)

So that’s what I did. Several months and several iterations later, we had something that looked much like Dragon Age does now. A world existed with numerous “plot seeds” established that could provide us an interesting story for a game no matter where we set it—we didn’t actually know at this point that the first Dragon Age game would be about the darkspawn and the Fifth Blight in Ferelden. That came later, when we sat down and decided which of those stories we wanted to tell, but as a writer I felt very comfortable with the fact that the rest of the world was fleshed-out and very real, and that we hadn’t only detailed the portion of the world we intended to use in the first game.

Jason Denzel: What do you feel are the hallmarks of a Dragon Age title, whether it be a video game, web series, or other tie-in?

David Gaider: I think, at its core, what’s important about Dragon Age is that it’s not about the fantasy. It’s about the characters, the people living in the world and how the events impact on them. The fantasy is a backdrop to the more important drama, whether it be very dark and personal or political in nature.

Dragon Age is also a dark fantasy. This is not to say that it’s as dark as some dark fantasy worlds—dark fantasy can cover a range that includes some very grim territory—but more that it doesn’t shy away from difficult topics such as racism and oppression. Good and evil are not always easy to identify, and there are no simple answers provided for complex problems.

Jason Denzel: The early buzz on Dragon Age II is that the storytelling is taken to new heights. Can you tell us a little bit about the new approach introduced in DA II? Does this style of narrative require compromise in other areas of the game?

David Gaider: One of the initial ideas that Mike Laidlaw suggested was using the “framed narrative,” or telling a story within a story. This was a change that allowed us to jump around between time periods rather than have things progress in a linear fashion, and also play with the idea of an unreliable narrator, someone who might not always be telling the truth.

It was interesting to try, and offered us some freedom that we didn’t have before, especially with regards to showing the long-term repercussions of the player’s choices prior to the end of the game. In terms of compromises, any approach you take is going to require trade-offs in other areas. This did mean, for instance, that we needed to “bottleneck” the plot at certain points where we needed to change time periods, but outside of those bottlenecks we maintained plenty of freedom for the player to choose their path.

Jason Denzel: One of the unique features in Origins was that you could begin the game in one of several “origin” stories. You could choose your name, race, gender, social class, and profession. But now with Dragon Age II, you’re provided with some of that at the beginning. What was the reasoning behind this, and how do you feel it will enhance your ability to provide a superior gaming experience?

David Gaider: You can still customize your character and choose gender, but the benefit of having the player be a human with a specific background is that we can use hooks from that background in the larger plot. The various origins you could play through in the first game were excellent in introducing new players to the world, but once you completed them their relevance to the larger plot was limited. This is not to say we’ll never revisit the ideas of origins in Dragon Age again, just that in Dragon Age 2 the benefit of a story where the player’s background is integral to what happens was something we wanted to try.

Jason Denzel: What are some of the lessons you learned from Origins and Awakening, and how are you applying them to DA II?

David Gaider: That’s a big question. We learned a lot from the development of Origins, particularly because it took place over such a long period. The idea was to take those lessons and figure out how to do work of a similar quality in a shorter period. From a writing perspective, we were still learning how to provide a story through cinematics and animation as much as through dialogue—I think we’re now reaching the point where we can rely a little more on showing rather than telling, and that’s something that’s only going to get better as our cinematic capabilities improve.

Jason Denzel: Felicia Day has said that BioWare and EA approached her to work on the forthcoming web series, Dragon Age: Redemption. Can you tell us a bit behind the vision for doing the series, and why you approached Felicia?

Mike Laidlaw: Felicia has a huge fan base, a passion for gaming and a desire to push the medium of web-based production to new levels, so she was an obvious fit for working with Dragon Age. From the beginning, our goal was to ensure that the series supported the overall direction of the game, and her character provides insight into some “inner workings” behind the scenes that help add texture to a major story arc in Dragon Age II.

How much creative freedom were you willing to give Felicia? Did you give a lot of feedback to the scripts she was producing?

Mike Laidlaw: The feedback loop was bi-directional. Felicia’s knowledge of the DA lore was impressive, and she was very willing to work with us to make sure Redemption fit snugly within Dragon Age as a whole. It was a very collaborative process on both sides, and frankly, a lot of fun.

David Gaider: Was it ever impressive! Felicia was directed my way because she had some questions about the lore, and honestly I was expecting some very general-type questions needing only some background material. What I got were very detailed, interesting questions that indicated she knew exactly what she was talking about. I could have seen any of those questions coming from a fan of the game, such as on our forums. It was nice to see someone not only eager to work with the setting, but also very knowledgeable about it.

Jason Denzel: Will some of the content found in Redemption make its way into the game, perhaps as DLC?

Mike Laidlaw: Anything’s possible, but right now, we’re very focused on the launch of Dragon Age II and Redemption. We’ll evaluate further when the dust settles, as they say.