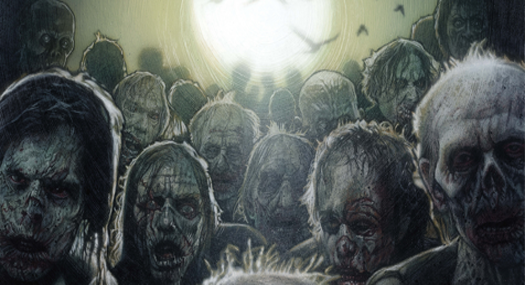 If you're at SDCC, then take a trip to Autograph Alley (AA19) on Saturday July 24 at 11am where Drew Struzan will be signing copies of his new book THE ART OF DREW STRUZAN! 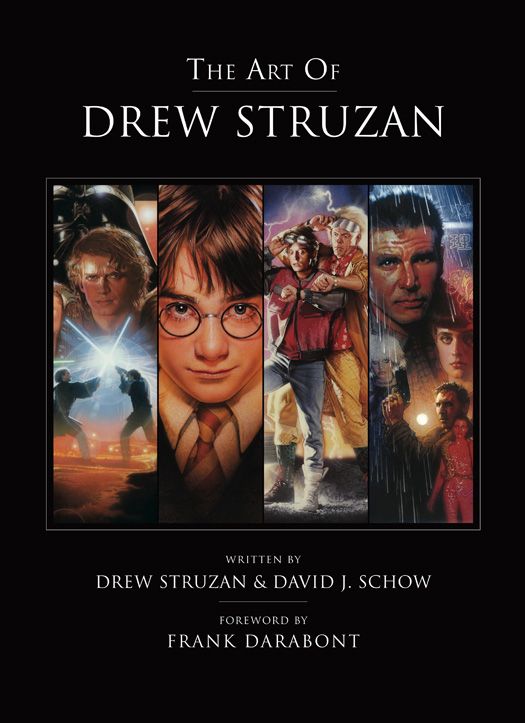 Collecting never-before-seen comps and sketches, alternative concepts and work-in-progress art alongside his inimitable finished posters, this awesome coffee-table book won’t be available anywhere else until September, so this is your chance to bag an early copy and meet the man himself in an extremely rare personal appearance.

Also, one of the most anticipated television shows of 2010 is AMC's The Walking Dead. Frank Darabont (who writes the Foreword to The Art of Drew Struzan) directed the pilot episode and asked Struzan to create a special Walking Dead comic-con poster, which Ain't It Cool News premiered today.

You can see the poster below or visit AICN to view a larger version. 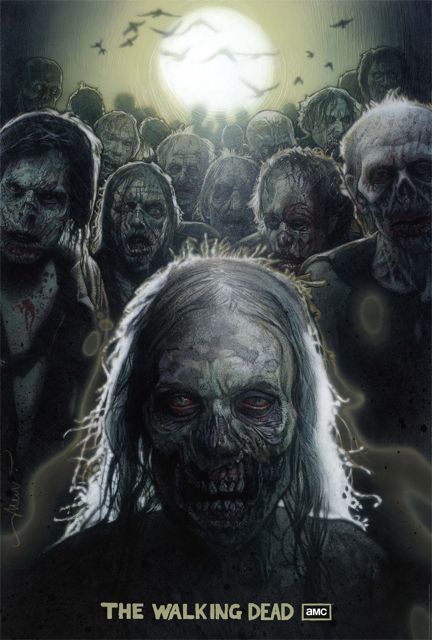 Drew Struzan will also be appearing in a panel on Friday Jul 23 at 5pm in Room 7AB.