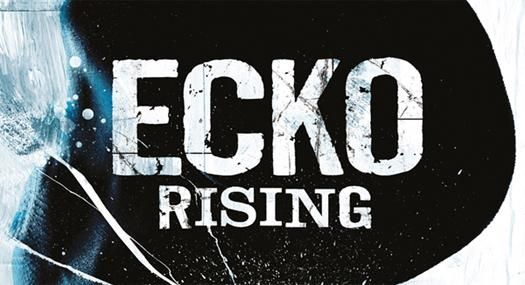 It was evening. The press of people was close, huddled and submissive to the public monotone that accompanied them home.

Overhead, the streetlights were halogen-brilliant, obscuring the heavy, belly-down sky. The drizzle sparkled like shrapnel.

“Shut up an’ keep moving.” One of the Cell commander’s massive, oil-stained hands grabbed Fuller’s elbow and propelled him swiftly through the crowd. A gang of kids, laughing at their own defiance, barged into them and were gone.

Get Collator. Sub-vocalised, his voice was transmitted from the back of his throat directly into Fuller’s ear. I want CCTV access – like now. Drones if we can get ’em.

Tense now, Lugan checked the street. The light-pools were bright but the shadows were hard-edged and darker than oil. Everywhere he looked, unseen eyes looked back, unseen teeth were bared in black grins. He shivered, bristled.

What’re you looking for? Fuller asked him.

Half-a-head taller than the blindly ambling workers, Lugan picked out the police-blue glow of the hoverdrone, watched it swing about and head back towards them.

Lugan reached for a dog-end. “This stinks.” Watching the drone, he headed for the shelter of the buildingside. As he moved, the crowd stirred and parted.

A shred of silent darkness flickered in his wake.

What was...? Further back, Fuller’s voice came over the aural-link. Lugan!

“What?” Without thinking, Lugan spun, back to the wall and crouching, hand going for the ten-mil that wasn’t there. Breathing tightly, he kicked in his ocular heatseeker, but the ambivalent temperature of the blankly trudging people defeated him.

There was nothing there.

Telling himself he’d imagined it, pillock, he watched a moment longer.

There was nothing there.

A burst of distant shouting made him start; the hoverdrone swung about to investigate.

Then a voice in his ear said softly…

“Shit...!” Lugan spun sideways and back, fists balling. “Fuller!” Two paces ahead, Fuller dropped into cover behind a heap of dustbin-bags shining with rainwater.

You get it? Lugan snapped.

Did the drone get it?

What? Lugan slammed his back to the brickwork, searched his pockets. My smartcard, my headset, my fucking lighter. One black boot kicked the wall, rubbish scattered. What are we – fucking amateur night? We catch this joker, I’m going to wring its neck. Update Collator!

Spitting out the dog-end, Lugan sought the drone. Above his head, the light-show had started: bright lasers played on the clouds as if to cut them open. In the wealth of the City and the West End, London still pulsed with life. Here, the shadows were –

Eyes. Some two meters above his head – the shadows were eyes.

A frisson shivered up his spine – whatever this character was, it was playing with them.

Lugan watched the eyes. They were red. Just as he figured they were LEDs, they winked at him and were gone.

The frisson became a shudder; he found he was holding his breath.

Under the public monotone, a breath of laughter reached him – dark, malicious, cynical. It stroked his ear like a cold hand.

They were being watched.

The sound had come from the heart of the homeward-walking workers, as if the drugged-up drudges themselves mocked his efforts.

Swallowing hard, Lugan forced himself to move normally. What the hell was this character? Security level eight – and it just… hung on the wall like a gargoyle? Laughed as they tried to track it? Picked their pockets without getting –

Snarling through his beard, Lugan went back through the pockets of his old leather. He chucked a handful of washers onto the pavement and held up the piece of paper that remained.

“All right, smart-arse,” he said, “you got my attention. Now what the hell are you?”

The laugh came again. “I’m caught. Red-handed.” The voice was a rasp, savage, gleeful and absolutely fearless; a faint hint of an American accent. It came from behind them – but this time neither Fuller nor Lugan turned. “You gonna try an’ shoot me, biker-boy, or are you gonna turn me in?”

“I’ll turn you into fuckin’ chop suey, mate, if you don’t give me back my stuff.”

“So, the mighty Lugan loses his kit like a rookie. Y’know what they say, the bigger they are – ”

“The harder they kick your arse. Whatever you are, you better get out where I can see you – ”

Incredible. The rebroadcast was dumping info so fast that Lugan could barely keep pace. The voice was male, adult, lacking a formal education, Chicago-born but living in London for ten years or more; there was a cruel, childlike quality that could indicate psychological damage and/or cybernetic overload…

The eyes were back, closer. “Y’ever heard of the Bogeyman?”

The laughter became a cackle. “That ‘One Percent’ tattoo your sense of humour?”

“I know the ‘Bogeyman’,” Fuller said. Tall and wiry, Fuller’s quiet presence and calm voice cut the laughter with a sharp, informative edge. “He worked towards a better world, a liberated world – a world free from pharmaceutical control. He was a Crusader, fought for the people. The graphic novel was banned – ”

Fuller ignored him. “It was you last night, wasn’t it? You took out Pilgrim’s new facility, the Serena Installation.”

The rasp twisted into a humourless cackle. “I’ll take any op to fuck with Pilgrim – ’til some grunt gets lucky an’ raises the alarm.” The eyes blinked once and were gone. “Didja see the bang?”

Lugan swore. “That bleedin’ buildin’ did a double-back-flip-an’-swallow dive. You ain’t tellin’ me that was you?”

The shrug was audible. “Hey, it’s traditional to blow up a major London landmark on Fawkes’ Night. Besides, I jus’ laid the charges. Ol’ Bobby Pilgrim set it off.”

Lugan stared at Fuller. “Our stalker trashed… “ He glanced at the drones, but they paid him no attention. The crowd was thinning, now. “Our stalker jus’ trashed Robert Pilgrim?”

Fuller snorted. “World’ll be a better place if you ask me.” He nodded at the last of the walking workers. “Look at these poor bastards – ”

“Not the fuckin’ point!” Over their audio-link, Lugan went on, This nutter must be wanted by every Security Agency in – !

A cloaked figure dropped into the light.

He was small, slight, as strong as coiled steel wire. His skin and cloak were dappled a shadowy, shifting blue-grey. As he put back his cowl with one thin hand, Fuller gasped, Lugan swore softly. Neither man was a stranger to cybernetic enhancement – but they had never seen anything like this.

This couldn’t be human.

The little man’s face was savage, sharp-cheeked and gleeful. His skin was the same dark mottle – it seemed to be actually part of his flesh. Across it slashed a nightmare sneer – a black-lipped, black-toothed grin. But his eyes…

Black, blacker than pits, featureless and soulless, too large for his thin face. They were inhuman, alien – reminiscent of too many horror movies. Somewhere in their depths, there was the cold, blue glitter of an optical scan.

Even as the men stared, the skin-mottle was changing. Seeping, spreading. In a moment, it had flowed to the greys and reds of the surrounding buildings, the blue flicker of the distant laser-show. Camouflaged perfectly against his background, the little man was almost impossible to see. Belatedly, Lugan tried his ocular heatseeker, tried to see weaponry and cybernetics; somehow he was not surprised when the man had no visible body temperature.

“The ‘G’ is silent.” The sprite-grin was pure malice. He was a flicker, a fragment of nightmare; his empty black eyes as cold as blades. There was no mercy in his smile. “Last night… was a little ‘illustration’ – ”

The face turned from Lugan to Fuller and back.

“You’re killin’ me. Look, you’re kinda infamous round here – most bad guys know to stay outta your face. Take me in – turn me in. I’m the fuckin’ phantom fireworker and y’got me cold – whatcha gonna do?”

Tamarlaine Benjamin Gabriel, aka the ‘Ecko’. Age: 32. Address: no fixed abode; suspected tunnel rat, Southwark area. No smartcard on record, no P.I.N. Criminal record: streetkid stuff; nothing after age 17. Collator says that, as of 19:00 hours, no one is yet wanted in connection with last night’s explosion.

Tell the Boss we’ve got Pilgrim’s nemesis – it’s a major blow to them, Lugan, big kudos.

He’s just the ‘Echo’. He’s got no criminal record to speak of – he doesn’t get found!

Unless he wants to be?

Self-evident. Fuller glanced at his commander and shrugged.

Lugan pulled out a dog-end. He stuck it between his lips, paused for a moment and spat it out again. From somewhere across the river, the laser-show danced on the glowering clouds.

It began to rain, drops of fat, filthy water.

“All right, all right, I’ll speak to the Boss,” Lugan said. “You, us, here, same time, tomorrow. And gimme back my lighter!”

Ecko tilted his head, his attention flicked from one man to the other and his black grin remained. “Do your research, guys. Then here. Tomorrow.”

“Aren’t you going to tell us to come alone? No tricks?” Fuller asked.

With a snort, Ecko slid his hood back into place. “You try whatever you like.” He took a pace away, two; the chrome glint of Lugan’s lighter held in his hand. “But I’m keepin’ your kit – you get it back if you play nice.” He flicked a flame, like a farewell.

As Lugan blinked to clear the rain from his eyes, the little man was gone – faded into the London night until only the fire remained.