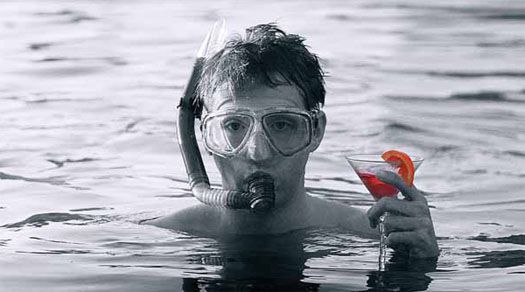 What, if anything, was your experience of theatre before you saw Shakespeare?

My mother directed summer stock in Dennis on Cape Cod [Massachusetts]. Literally, my first memories are of being around that theatre. My dad wrote off-off-Broadway stuff and both my godmother and godfather were actors, and all we listened to [Steven] Sondheim shows my entire childhood. Theatre has just always been in my life.

What was your first experience of Shakespeare?

I don’t remember my first experience with Shakespeare. The first really great times I had were at [Shakespeare] readings, when we’d read a play. I’d say my favorite memory, when we’d read a play with my mother and stepfather, and honestly, my favorite memory of young adolescence, was getting to play Hal to my stepfather’s Falstaff in Henry IV: Part I and thereby getting to call him fat for three pages, which was something I liked to do anyway. That was just a joy.

What was your first reaction to Shakespearean language?

I made my way through it. I remember reading the Henrys probably too early and just kind of trudging my way through and looking up everything [laughs], reading an extended footnote, because all the words were so new to me. And gradually becoming more conversant and gradually seeing a lot there that I enjoyed and a lot there that I wouldn’t until I saw it performed. It was definitely a bit of an
effort at first. Then when I got to England and really got to see, not just great performances, but sort of offhand great performances, like, ‘Oh, we just do this. We just toss one of these off.’ And working with amazing teachers. That’s when it really unfolded.

Do you remember when you first saw a production of Much Ado About Nothing?

Yeah. It was at the open-air theatre in Regent’s Park in London, and it completely floored me, because it was so funny. I mean, that really was the thing – it was just hilarious. I saw it three times. They were doing Midsummer in rep[ertory], I saw that three times. I was astonished how accessible it was and how over the top it was. Some of that was in the staging, but the moment they finished the hilarious gulling scene, when the first words out of Benedick’s mouth are, ‘This can be no trick!’ I lost it. I was like, ‘I can’t believe he went there, that is just absurd.’ The sort of deeper meanings of the thing? Lost on me. The feminist aspect of it? Lost on me. What I remember from that production was just laughing my ass off.

I’ve never directed theatre really, so I would just say, filmed Shakespeare [calls for] a different set of tools. Theatre is something that is alive – you’re watching living people. A bad production of Shakespeare might make you think that they are dead, and they’re creaking around like zombies, but very articulate zombies. But film has to capture the electricity that is created between these characters, without having that actual proximity [to live actors] and that makes it tough, but it has cinema. It has an enormous amount of visual language the ability to back the words up in a way that the theatre doesn’t, so part of it is about translation, it’s about making sure that you’re using the camera, you’re using every cinematic trick you have to augment the emotionality of the thing, because you have lost the frisson of personal [live] involvement.

What is your favorite Shakespeare play?

Is that your favorite scripted text?

When and why did you start doing readings of Shakespeare plays at your home with your actor friends?

I started doing them because we were shooting Episode Seven of Season Five of Buffy. It was James Marsters, who’d been [as Spike] playing a punk on a subway and then playing a bad nineteenth-century poet, and he said, ‘This reminds me of being in rep.’ And that just made something click, and I thought back to the readings we’d had when I was a kid, which we’d do once a year. And I just thought, ‘You know what? What if a bunch of us got together and read some of the plays of a Sunday?’ And it just kind of didn’t stop.

Did you direct the readings at your house?

Not in the sense of ever saying, ‘Do it this way.’ The thing about the readings was, people just showed up and had their fun. The only directing I did was, if we ever did Midsummer [Night’s Dream], I would make them stand up in front of everyone to do ‘Pyramus and Thisbe.’

Read the rest of Joss' interview in Much Ado About Nothing: A Film by Joss Whedon