This week's Friday Favourite is written by editorial intern Tolly Maggs, who tells us a little bit about Firefly: A Celebration:

"Joss Whedon has become one of the big-hit modern directors, from his work on the acclaimed Avengers films to his TV mini-series Dr. Horrible’s Sing-Along Blog. After creating the popular TV series Buffy the Vampire Slayer, Joss went on to create the cult hit science fiction show Firefly, which was cancelled after one season. Despite the lack of views the show got on its run, the demand of the ever-growing fanbase and the growing DVD sales convinced Universal to accept Joss Whedon’s proposal for a Firefly movie called Serenity, allowing him to make his debut as a film director.

Titan’s Firefly: A Celebration contains all three Official Companion books compiled together. Providing the scripts for every episode in the series, whilst also providing trivia, transcripts of interviews and panels, and looks behind the scenes, Firefly: A Celebration shows the amount of effort and love that was put into this short-lived classic. If you (somehow) didn’t feel the magical connection all the characters shared on the show, then this book will cement the strong relationships the cast and crew had, both on-screen and off. From hijinks on set to trivia based on the iconic costumes and props, this inside-look into the series feels like a personal diary of a show that was as iconic to the creators as it was to the fans." 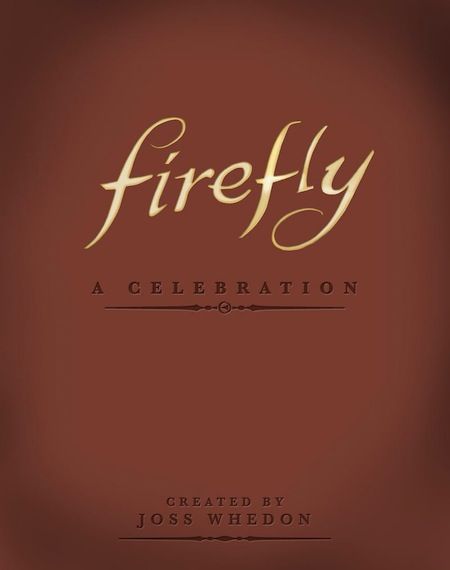