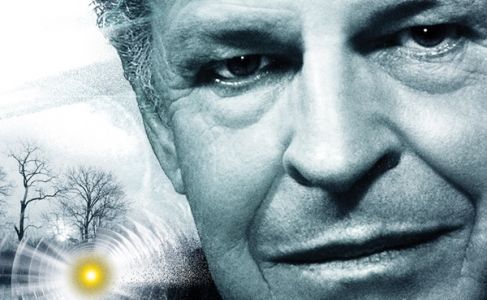 He liked to kill the young men first.

Not because he was afraid of an act of retaliation, or heroism. This particular kid was a cocky little bastard, arm around the dull, dumpy blonde in the passenger seat like he owned her, but he’d be no match for Allan’s superior physical strength and mental acumen.

No, Allan Mather would kill the young man first because he wanted to show the blonde that no one could save her. He wanted to give her time to live inside that terrible moment of understanding before she met her own, inevitable end.

Just thinking it, about sharing that special, intimate moment with a new girl sent a flush of heat over the surface of his skin, warming the cool barrel of the Whitmer 9 mm he had tucked into the waistband of his faded fatigue pants.

It was an unexpected Indian summer night, probably the last hot night of the year. Yet there was just this one car. Just this one couple. When Allan first started hunting here, a popular make-out spot like Reiden Lake would look like a drive-in on a Saturday night. Dozens of cars, all packed with sweaty human vermin, offering shallow promises in exchange for meaningless animal copulations.

Now the cocky kid’s souped-up ‘66 Edsel Lynx was the only vehicle parked at the eastern scenic overlook. Which showed just how cocky he was—and how stupid his date was. Because the “Lover’s Lane” murders were all over the papers, and anyone with a lick of sense would have stayed home. It was almost like they wanted to be there. Almost like destiny.

A pair of young graduate students sat side by side on a rocky outcropping at the western edge of the lake, a small open cooler at their feet and a brand new red Coleman lantern casting a gentle glow across the rippling water. The autumn night was brisk, but comfortable.

The one on the left was clean cut and well dressed, his dark hair neatly combed into a mathematically perfect side part. Tall and rakish, he had a strong profile and a deep baritone voice that made everything he said seem weighty and significant. Particularly to female undergrads.

The one on the right looked like an unmade bed. With his long, frizzy, light brown hair, he might have been mistaken for a stylish British rock star, but in reality he only looked that way because he couldn’t be bothered to cut or comb it. His clothes, on the other hand, were square and schizophrenically whimsical. A moth-eaten tweed Norfolk jacket that might have been new in 1929, worn over a hand-me-down athletic shirt featuring the name of a Catholic high school he never attended. His pants were too short, revealing wildly mismatched socks, one solid brown and the other bright blue argyle. Both of his scuffed dress shoes were untied.

“Listen, Belly,” the one with the mismatched socks said. “While your argument for the inclusion of caffeine to provide an additional generalized arousal of the senses is both well reasoned and valid, I would counter that the unique balance between phosphoric acid and citric acid in grape Nehi will better complement the biosynthetic ergoline compound in our newly formulated pharmacological launchpad.”

“Forget it, Walter,” Bell replied. “I’d rather drink Denatonium Benzoate than grape Nehi. Besides, we must remain consistent in what we use as a supplement, so that the findings will be accurately measurable.”

“Fine,” Walter said. “I reluctantly capitulate to the cola option... this time.” He grabbed a bottle of RC Cola from the cooler and popped the cap. “However, I want it on record that I felt it was not the ideal combination.”

“Duly noted.” Bell removed a tiny vial and a capped syringe from the inner pocket of his sport coat. “We’re going with the usual five hundred micrograms, right?”

“Right,” Walter replied, taking a swig. “The dosage also must remain consistent, so that any observable differences in the effect will be clearly attributable to variations in the formula.”

Walter balanced his bottle on the rock beside him and opened a second cola for Bell. Bell dosed it like the first, and then took the bottle from Walter, pocketing the vial and syringe.

“To paraphrase the great German physicist Max Born,” he said. “’Here’s to building our road behind us as we proceed.’” He frowned and looked out over the dark water. “Or maybe that was Donovan.”

“L’Chaim,” Bell replied with a crooked grin, clinking his own bottle against Walter’s.

Walter nodded, and they lifted the bottles to their lips.

The sky above Allan’s head was starless and blank, like the gray, dead screen of an unplugged television.

The still surface of Reiden Lake was the sky’s twin, just as dead.

Once the young man and woman were dead, the tableau would be perfect.

Allan’s night vision was already superb—sharp and clear, almost like that of a nocturnal animal—but now he was beginning to see and hear things even more clearly. The trees whispered, gossiping behind their crisscrossed branches. The rich, loamy dirt seemed to breathe under Allan’s boots, and shadows were gathering behind him like shy children. The acid he had dropped was just starting to kick in.

He’d calculated the dose so that he would be peaking right around the time when the murder was complete, and he’d returned to the safety of his own hidden car to bask in the afterglow, relishing and reliving each perfectly executed moment. He kept a notebook in his glove box, and that’s where he would compose his next epic letter for the local newspaper, describing the killing in glorious detail and taunting the hapless authorities.

If he was lucky, he might even get to watch the discovery of the bodies, and the investigation in process. That was his favorite part, watching the police and their pathetic, ineffectual flailing. It was like watching insects drowning in a gob of his spit.

He pulled on his gloves, then slid the gun from his waistband and strode purposefully over to the passenger- side door of the Lynx.

The windows were down, and an infuriatingly banal pop song was bubbling out of the radio. The girl was wearing an unflattering, baggy floral print dress that looked like she’d borrowed it from a maiden aunt. Up close, it was clear that her blond bouffant was a cheap wig. Its coarse, synthetic texture was deeply disturbing to Allan’s chemically enhanced mind, reminiscent of dead insect legs and abandoned cocoons.

The shadows around his ankles struck up a high- pitched keening. Something was wrong.

The girl turned toward him in horrible, unnatural slow motion and he was frozen, riveted, unable to look away.

There was a gun in her thick, hairy hand. She wasn’t a girl at all. She was a man. A police officer. And so was her cocky date. Both of them were staring him down with steely eyes as cold and professional as the bores of their guns.

He was the one who’d let himself get too cocky, and now he would have to pay for his arrogance.