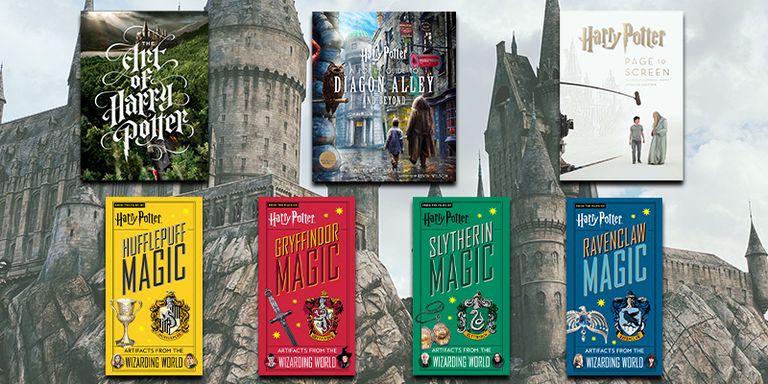 Celebrate the 25th anniversary of Harry Potter in 2022 and delve deeper into the wizarding world with our collection of official tie-in books! 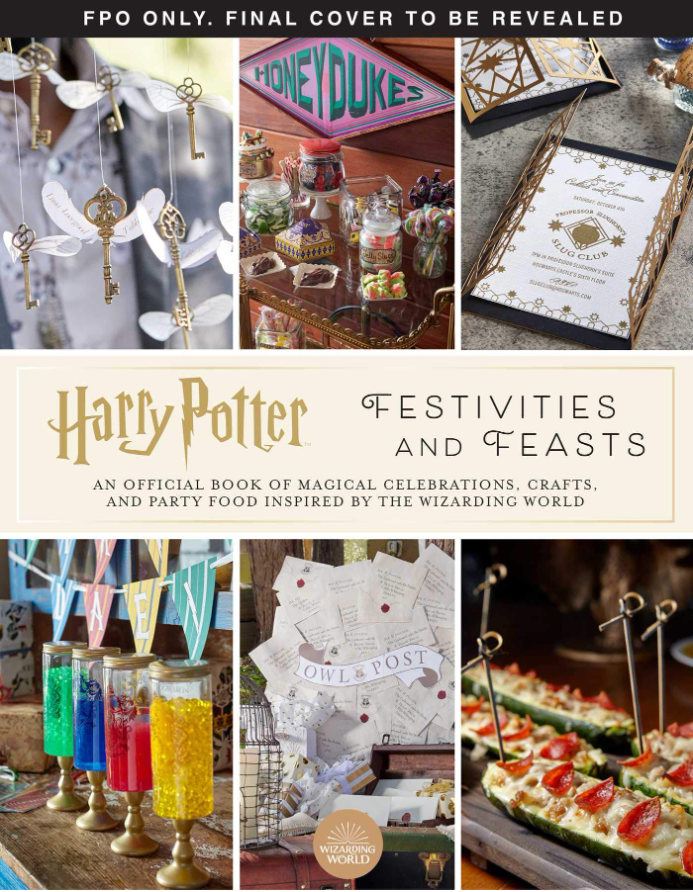 Plan the perfect Harry Potter-themed party with this official entertaining guide, featuring a treasury of crafts, projects, party foods, and activities to help you throw enchanting celebrations inspired by the films.

Every event is magical when it's inspired by the imaginative Wizarding World of the Harry Potter films! Bursting with gorgeous photography and sprinkled with fascinating behind-the-scenes film facts, Harry Potter: Festivities & Feasts offers step-by-step instructions on how to create, craft, and cater six unique Harry Potter-themed events. 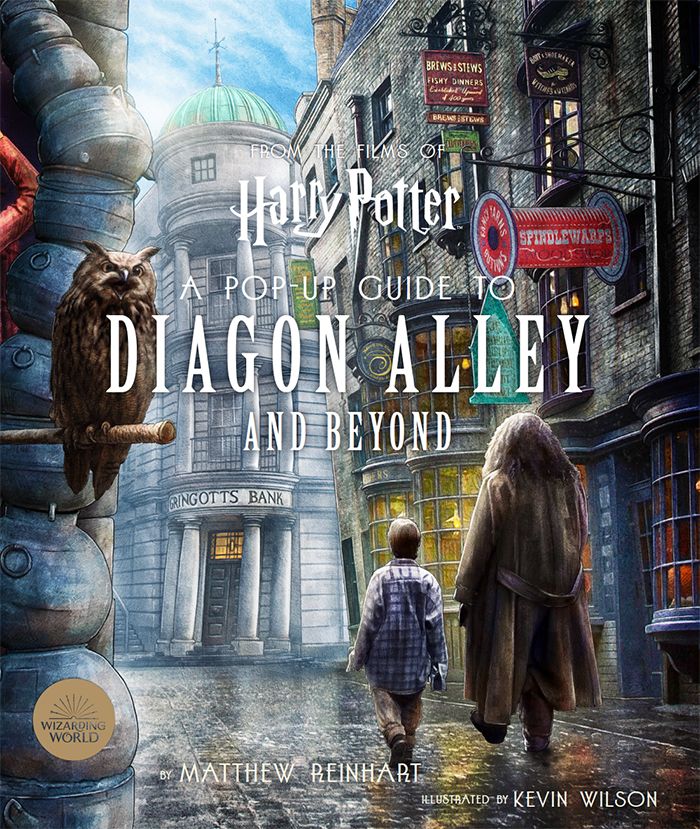 Harry Potter: A Pop-up Guide to Diagon Alley and Beyond

Packed with amazing moments and hidden surprises, Harry Potter: A Pop-Up Guide to Diagon Alley and Beyond is a landmark new pop-up book guaranteed to impress Harry Potter fans everywhere. Gorgeously intricate pop-up spreads render fan-favourite Diagon Alley establishments such as Ollivanders, Weasleys' Wizard Wheezes, and the Leaky Cauldron, plus other locales like the Ministry of Magic and Platform Nine and Three-Quarters. Pull tabs allow fans to command the action—rescue a dragon from Gringotts, or help Harry navigate out of Knockturn Alley. The book opens into a displayable 3D diorama of all the pop-ups at once.

Now you can capture the magic of each house like never before and collect a stunning array of artifacts inspired by the Harry Potter films. Inside, fans will learn about each house, relive moments from the films, and delve into the behind-the-scenes magic that brought Harry Potter to life on the big screen. 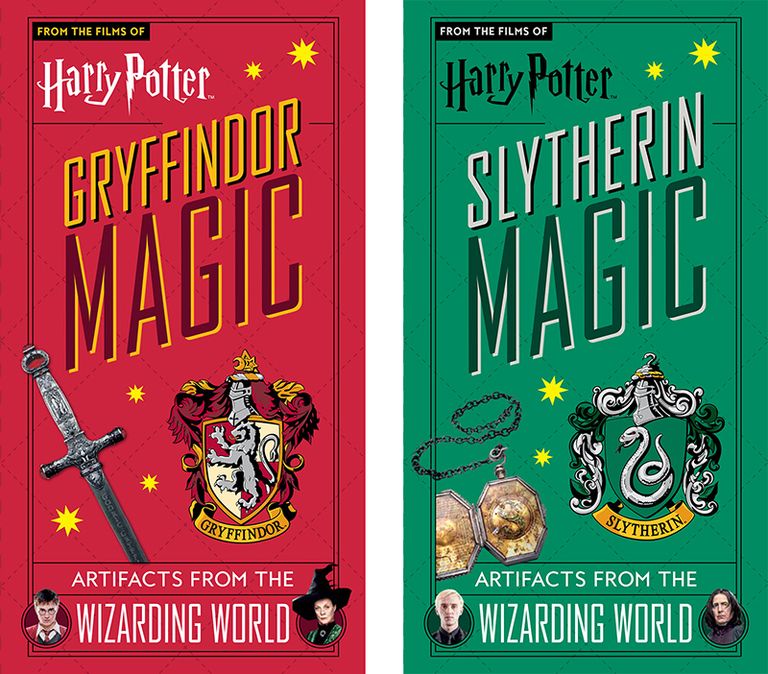 Like founder Godric Gryffindor, the members of Hogwarts’s Gryffindor house, including Harry Potter, Ron Weasley, and Hermione Granger, are known for their bravery, courage, and determination.

Like founder Salazar Slytherin, the members of Hogwarts’s Slytherin house, including Draco Malfoy and Severus Snape, are known as ambitious and cunning. 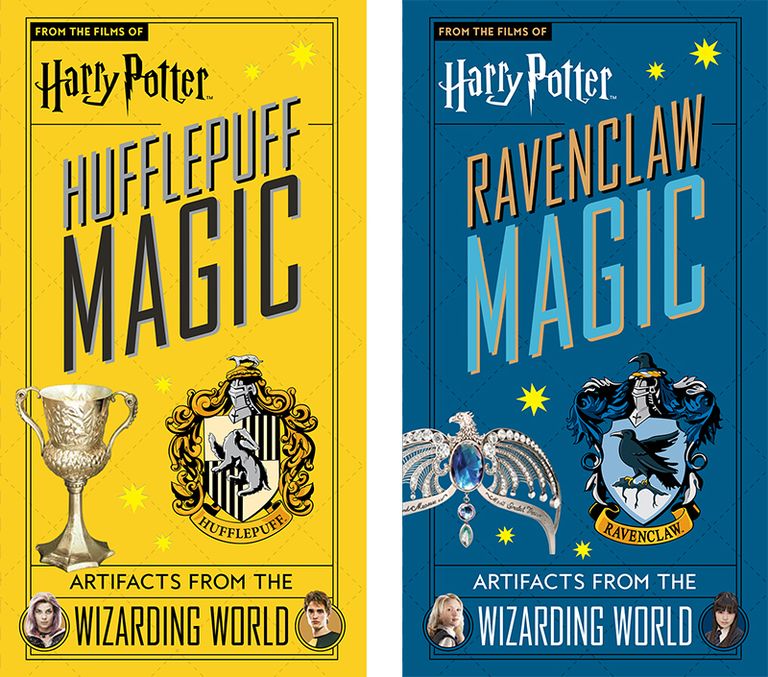 Like founder Helga Hufflepuff, the members of Hogwarts’s Hufflepuff house, including Cedric Diggory and Newt Scamander, are known for their loyalty and honesty.

Like founder Rowena Ravenclaw, the members of Hogwarts’s Ravenclaw house, including Luna Lovegood and Cho Chang, are known for their wit and cleverness. 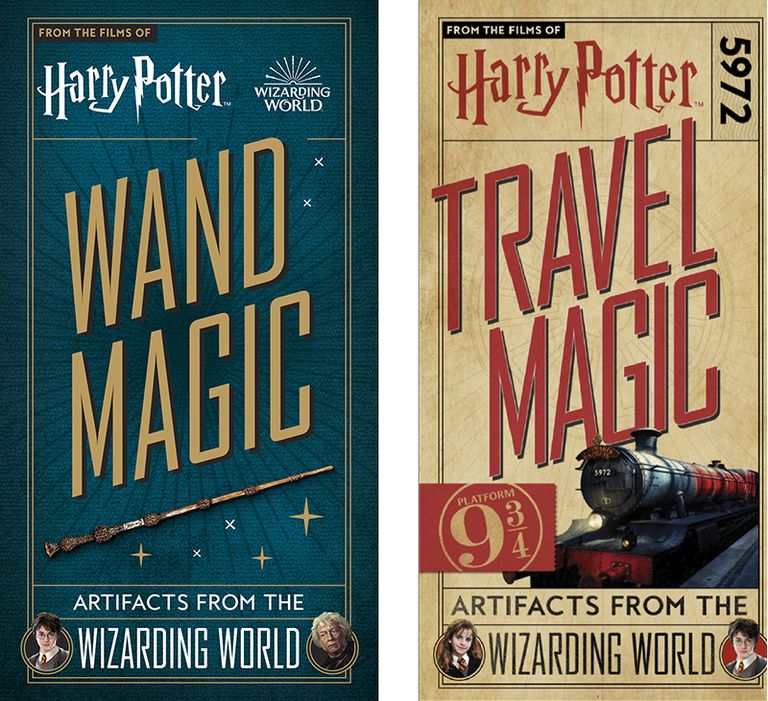 Every witch or wizard in the Wizarding World has a unique wand. And as Garrick Ollivander says in Harry Potter and the Sorcerer’s Stone, “The wand chooses the wizard.” Now you can capture the magic of Harry Potter like never before and collect a stunning array of artifacts inspired by the wands and magic of the Harry Potter films. Inside, fans will learn about all things Wizarding World, relive moments from the films, and delve into the behind-the-scenes magic that brought Harry Potter to life on the big screen.

Every year on September first, young witches and wizards board the Hogwarts Express at Platform 9 ¾ and set off for Hogwarts School of Witchcraft and Wizardry. The first in a collectible new series, Harry Potter: Travel Magic contains removable prop replicas from the Harry Potter films as well as stickers, postcards, and other stationery supplies all themed to Platform 9 ¾ and the Hogwarts Express. Inside, fans relive magical moments from the films, and delve into the behind-the-scenes magic that brought Harry Potter to life on the big screen. 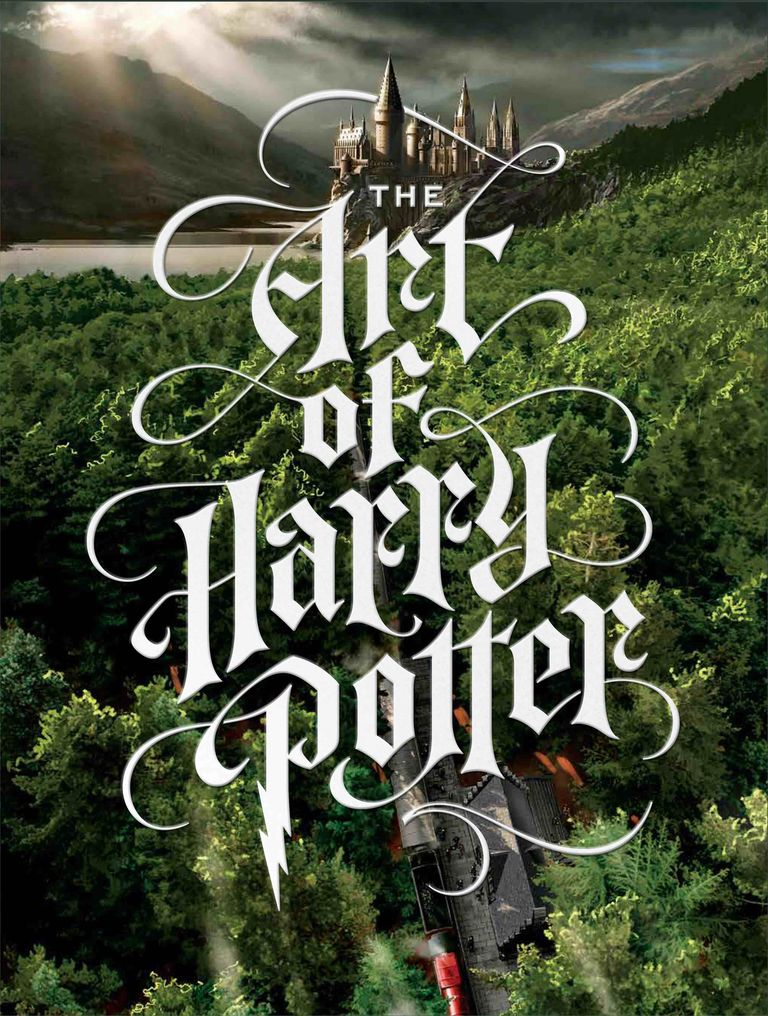 The Art of Harry Potter

Since the debut of Harry Potter and the Sorcerer’s Stone, the Harry Potter film franchise has become one of the most popular and successful in the world. Beautifully crafted and presented in a deluxe, large-format with lavish production values, these pages present a visual chronicle of the work by artists and filmmakers to bring the wizarding world to life onscreen.

Bursting with hundreds of rare and unpublished works of art, including production paintings, concept sketches, storyboards, blueprints, and more, this collectible book is the definitive tome on the visual legacy of the Harry Potter films. Fans will recognise beloved characters, creatures, locations, and more as they embark on a journey through the wizarding world, from Gringotts to the Quidditch pitch. 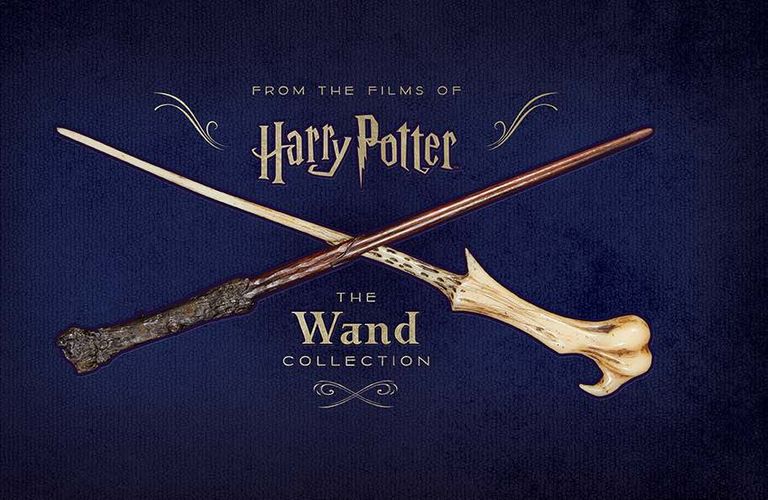 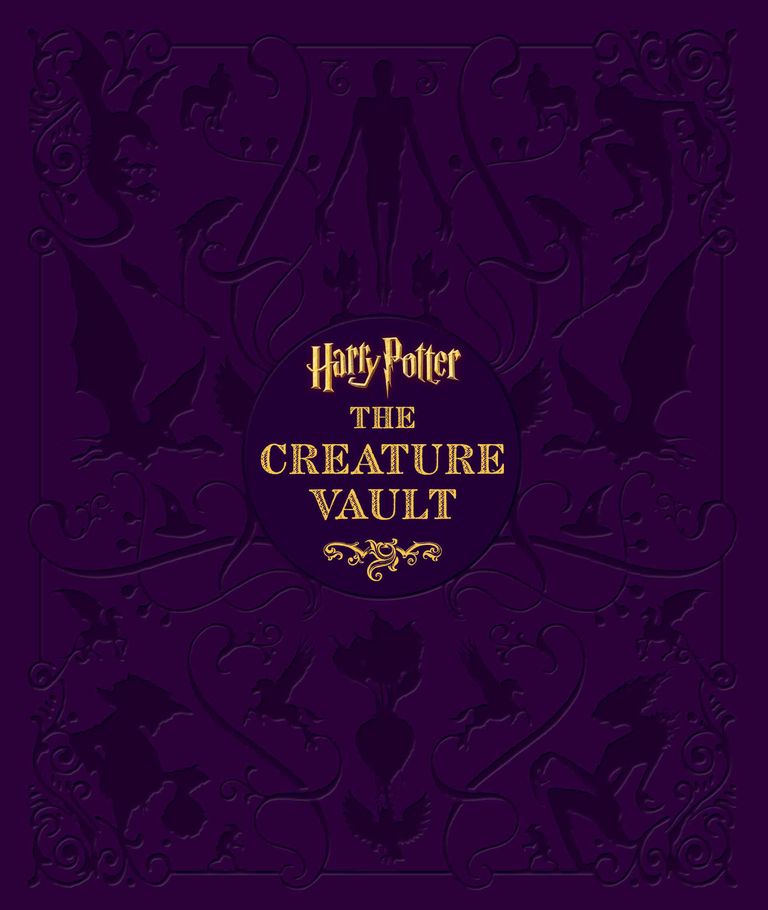 Dementors and Goblins, Merpeople and Chinese Fireball Dragons - these are just a few of the magical creatures and frightening monsters populating JK Rowling’s wizarding world. The Vault takes a comprehensive look at the fascinating process of bringing the menagerie to life for the blockbuster Harry Potter film series. With detailed profiles of each creature, rare pieces of concept art, behind the scenes shots and film stills, this is unmissable! 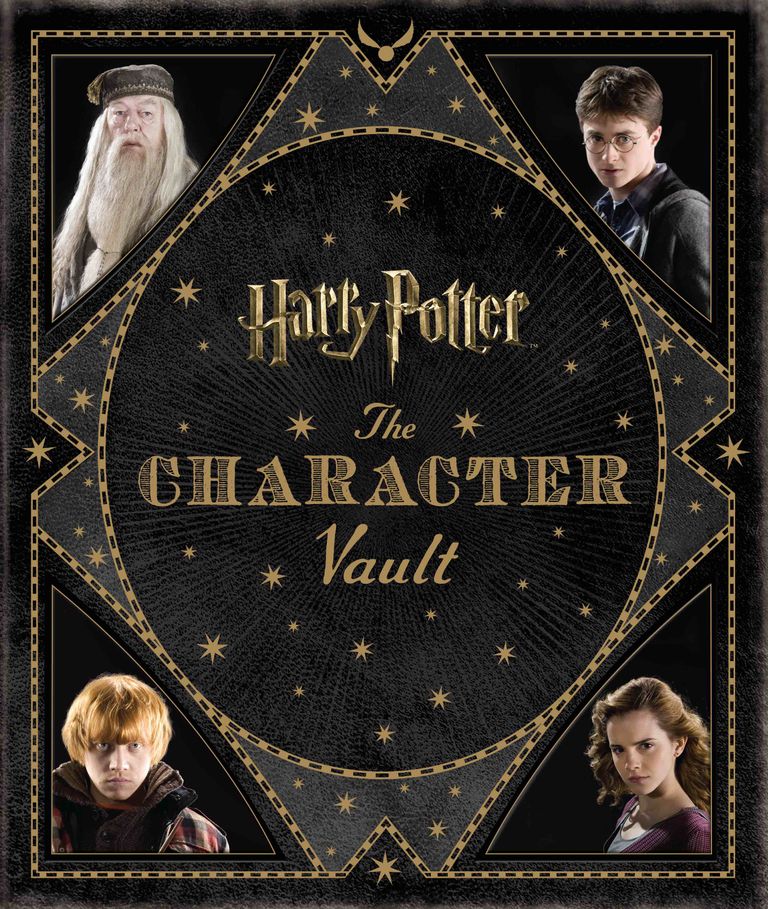 Unlock new information about your favourite characters from the Harry Potter movies with this definitive coffeetable book profiling the good, the bad, and everything in between within the Harry Potter universe. Dive into the personal journeys of beloved Harry Potter heroes, and an insightful look at the motivations and actions of the films’ most notorious and complicated villains.

Concept art, behind-the-scenes imagery, and film stills track everyone from Harry, Hermione, and Ron to Dobby, Mad-Eye Moody, and Dolores Umbridge, telling their complete stories as they evolve throughout the film series. A comprehensive collection of the movies’ beloved characters, this beautifully designed book is the ultimate Harry Potter character overview. 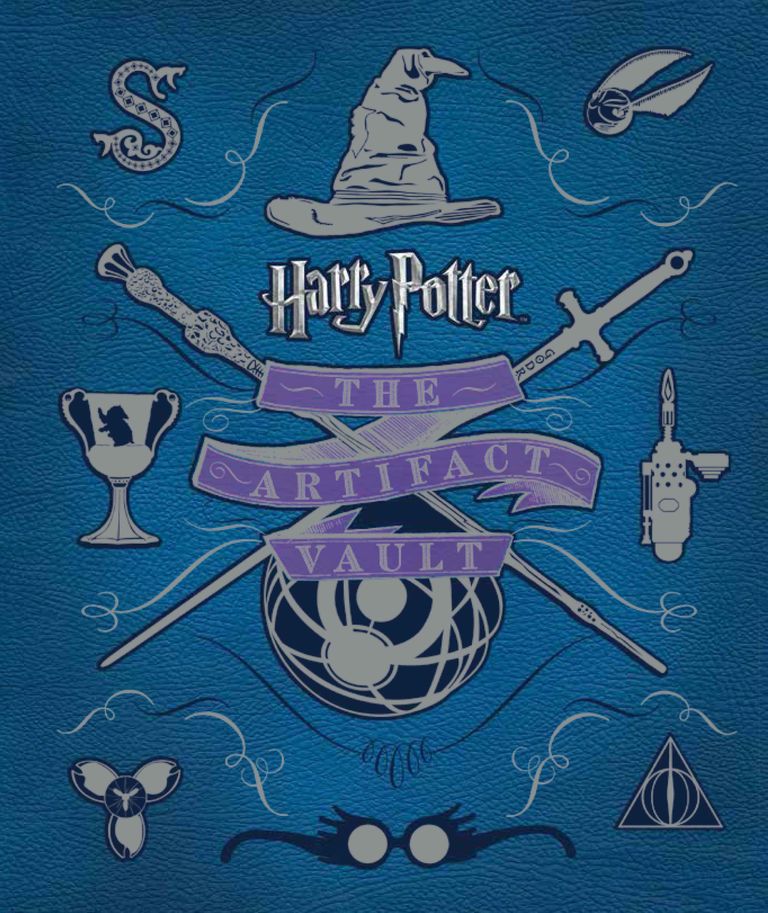 Throughout the making of the Harry Potter movies, designers and craftspeople were tasked with creating fabulous feasts, flying brooms, enchanted maps, and much more, in addition to all the magical items necessary for everyday wizarding life. Harry Potter: The Artifact Vault chronicles the work of the graphics and prop teams in creating lovingly crafted items; and the stunning inventiveness used to create a rich, filmic universe.

We're going to be celebrating this momentous anniversary all year long, so make sure you follow us on social media so you don't miss a thing! You can find us on Facebook, Twitter & Instagram!