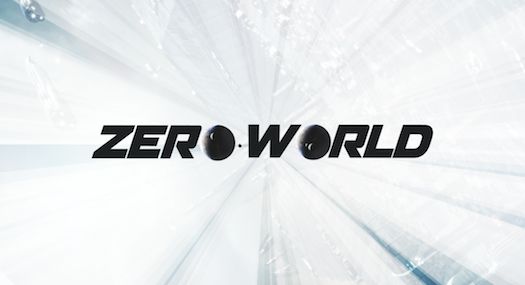 Many years ago my friend and I were talking about the vastness of the Universe. This came out while we were cooperatively flying a spacecraft from one solar system to its neighbor in the classic computer game Elite, a task that was hammering into our young minds that space is big. Really big. Anyway, our discussion had turned to the idea that with so many trillions of planets likely to be out there in the actual Universe, it's possible some would look funny. Continents arranged like a happy face, or a big phallic symbol. I had the idea then that there might even be a planet out there that resembles Earth. Not just Earth-like, but Earth-like. Similar enough to amount to a twin. Maybe not probable, but possible.

The thought stuck with me. Later on came another idea: what if we found human-ish life on another planet, but they were behind us technologically? Would we make contact, and in the process essentially spoil all the fun of development and discovery for them? Would we really be able to hold off, taking a more "prime directive" kind of approach? Then: If it was a small crew that made the discovery, would one of them sneak on to this planet and try to pass themselves off as a genius?

The spark that led to Zero World, my new novel, was in combining these two things. Other sources of inspiration were layered on top, giving the ideas some personality and tone. My recent re-read of all the James Bond novels, and a current fascination with Korean action thrillers, being prime examples.

Oddly, though, one of the core elements of the book came about during the actual writing process. Without going into too much detail, I realized pretty quickly into the first draft that the main character, an assassin named Peter Caswell, needed a way to be controlled by his handlers that would prevent him from revealing such a monumental discovery. And so came the final piece of the puzzle, well into the writing process, in giving him an implant that allows his memory cells to be marked and, later, reverted back to that moment.

Back when I was not a writer but just a reader, it was easy to look at some novel and marvel at the imagination behind it. But it's rare, at least in my professional experience, that an idea arrives fully formed. More often it is a process like the above, where lots of seemingly unconnected ideas suddenly smash together and form something altogether more interesting. I wish more people appreciated this, because I think often the hurdle we create for ourselves before starting a creative endeavor is that we "don't have a good idea yet". What you really need to do is start smashing things together.

Jason M. Hough is the New York Times bestselling author of The Dire Earth Cycle and Zero World, out today in the UK from Titan Books! Check out the advance praise for the book, which also features a bonus Dire Earth novella!

"[A] science fiction novel that smashes The Bourne Identity together with The End of Eternity to create a thrilling action rampage that confirms Hough as an important new voice in genre fiction." Publisher's Weekly, starred review

“Hough has combined all the ingredients of a first-rate sci-fi thriller.” Kirkus Reviews

"If Jason Hough’s name is on it, then you know right away you are in for one hell of an entertaining read. Hough continues to deliver white-knuckle books anchored by unusual and fascinating characters. Zero World is a giant cup of pure badassery that secures his place among the finest sci-fi action writers today." Kevin Hearne, New York Times bestselling author of the Iron Druid Chronicles

"A high-octane blend of science fiction and mystery, Zero World is a thrill ride that shoots you out of a cannon and doesn't let up until the very last page." Wesley Chu, author of the Tao series

“A brilliant combination of spy thriller, cold-case mystery, and hard sci-fi tale, Jason Hough is redefining storytelling with his new novel. Zero World is a smart, action-packed thrill ride of a book.” Ted Kosmatka, author of The Flicker Men

“Warning: Do not pick up this book if there is anything else you need to do. There is no safe place to rest inside these pages, no lag in the full-throttle action, no moment when you will think, ‘Ok; this is a good spot to take a break.’ Once you realize how much you don't know — about this world, these characters, this inexplicable mission — the only way out is forward.” Brian Staveley, author of the Emperor’s Blades series

“I just finished Zero World and there’s only one thing I need to know... how long must I wait for the sequel!?” Raymond Benson, former James Bond novelist and author of the Black Stiletto series

"Zero World deftly blends the best elements of sci-fi and spy thriller with blistering action and a depth that unfolds itself in surprising ways. Hough is a master." Jay Posey, author of the Duskwalker series

"Electrifying and addictive, Zero World is a page-turning sci-fi thriller that had my pulse pounding." Adam Christopher, author of Made to Kill

"Fast, fun, and full of action, Zero World melds a spy thriller with science fiction to excellent effect. If you've ever wished Jason Bourne would tackle a mission involving wormholes and mirror worlds, this is the book for you." Courtney Schafer, author of the Shattered Sigil trilogy