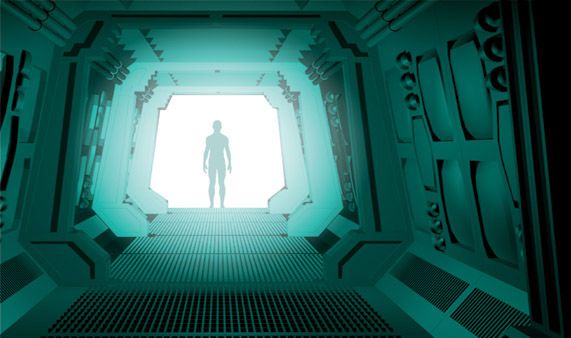 Where do you think your passion for outer-space began?

I grew up in a town called Star, which is where the Fleet have some of their biggest facilities - the war is run from New Orem, but Star is where a lot of the grunt work actually takes place - the Fleet has a big shipyard there, where they build the basic modular units that are slotted together in orbit to form the U-Stars. Every day I would see these giant lifters taking the blocks up into space, so it seemed obvious I would follow them, one day.

And I come from a Fleet family. Oh, three generations. Maybe four. My father worked for Fleet Command, so there was no other career for me. And there was nothing else I wanted to do than to serve the Fleet.

If you weren’t a Space Captain, what would you be? Any unfulfilled childhood dreams?

If I weren't a Captain, I should really be a Colonel! I mean, the number of years I've served the Fleet... but hey, life in wartime, right? Sometimes things don't work out.

I like tinkering with electronics - that's another family trait, I think. I swear I know more about quickspace drives than some of the engineers I've commanded in the past. So if I wasn't a frontline officer, maybe I'd be in a technical department.

If you could change one thing about the world, what would it be?

That the Spiders didn't exist and that we're weren't at war. War is a terrible thing.

If you could meet any one person, real or fictitious, who would it be and why?

General George Washington. I sure could learn a thing or two from him.

What's the most terrifying thing you've ever seen?

I've seen a lot of things. Like I said, war is a terrible thing. I've seen Spiders swarm over an entire planet, so many of them that that's all you can see, and when they're gone there's nothing left but a smoking husk. I've seen entire worlds eaten. That's why I serve the Fleet, because if we don't fight them, then there will be nothing left. Nothing left at all.