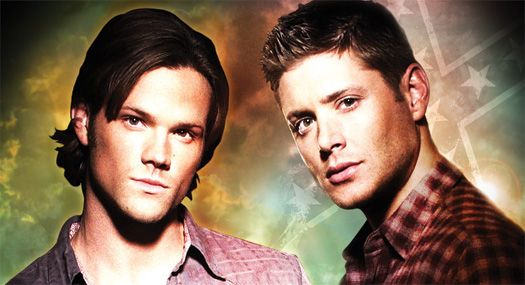 Can you summarise the premise for The Unholy Cause?

Los Hermanos Winchester find themselves down south in the midst of a good old fashioned demon-infested Civil War reenactment.  It turns out that an ancient occult relic has resurfaced—the noose that Judas used to kill himself—and its powers have caused hordes of supposedly civilized men to attack one another with bloodthirsty abandon.   There’s southern rock, a runaway train and a smoking hot female sheriff named Jackie Daniels.

How does The Unholy Cause fit in to the supernatural time line? Which series does it tie-into?

I think we decided that it fits somewhere into the early part of season five, after the Sam and Dean have had their rapprochement.

Were you a fan of Supernatural before you set out to write the novel? How did you get involved with the project?

I’d seen the show before but not consistently.  My involvement in the project began when Chris Cerasi, head of licensing at DC Comics, asked me if I’d be interested in writing a Supernatural book for Titan.  I’d never done anything like it before, so I said yes.

Is it difficult to write a novel featuring protagonists with established and well-known personalities?

I actually think it’s more fun.  You can hear the characters’ voices as you write dialogue.

Tell us a bit about the demon in your novel?  Which had been your favourite supernatural monster, ghost or demon?

My demons serve Judas Iscariot.  They carry silver pieces and inspire acts of bloody betrayal among unsuspecting humans.  They’re called Collectors.  You don’t want to mess with them.

Do you have a favorite series or episode of supernatural? Has any singular series/episode had a particular influence on The Unholy Cause?

I like all the episodes the Ben Edlund wrote—“Ghost Facers” and “Monster Movie” especially.  I like “The Monster at the End of This Book.”  While researching the novel, I  read a bunch of his scripts, and his narrative style is freakin’ hilarious—just fun to read.  For example in “Monster Movie,” when Dracula asks the pizza man if the pizza has garlic on it, and the delivery guy is described as responding “with bottomless indifference.”  It’s parenthetical, not part of the dialogue, so you’d never know it just by watching the episode, which means that Edlund just put it there to amuse himself and the cast…which makes it extra great.

You’ve written a number of successful sci-fi and horror novels – both original and based on existing characters. If you could write a story featuring any sci-fi character who would it be?

That’s a good question.  Maybe AM, the horrific computer god from Harlan Ellison’s “I Have No Mouth and I Must Scream.”  Or maybe Barbarella.

What other time period or scenario would you like to see Sam and Dean encounter?

I came up with a bunch of possibilities for different stories.  My personal favorite was called DRAWKCAB, where Sam and Dean encounter a demon whose M.O. is temporal dislocation.  The whole story is told backward, Memento-style, and you have to piece it together as it goes along, getting the answers first, then the questions at the end.  It would make a great episode.

And the burning question for all fans of Supernatural, do you like Sam or Dean more? And why?