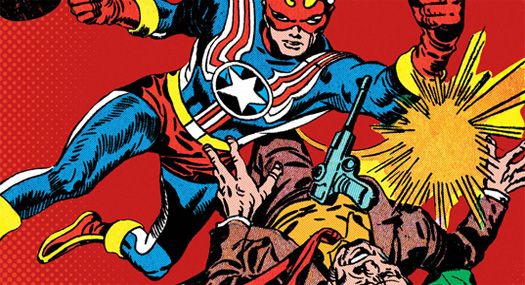 Joseph H. Simon, the co-creator of Captain America and the first editor at the company that would become Marvel Comics, passed away from natural causes in his home on Wednesday, December 14, 2011. He was 98 years old, and was surrounded by his family. Simon was one of the giants of the comic book industry, and much of his career he worked with the legendary Jack Kirby, producing stories in every genre. Their approach to Captain America, which sold a million copies with its first issue (released in late 1940), revolutionized the approach the medium took to storytelling. During his tenure at Timely Comics, the precursor to Marvel, he hired a teenage assistant named Stan Lee. They continued their success with other bestselling series like Boy Commandos, a war title for DC Comics, and Young Romance at Prize Comics--the first romance comic book ever published. With each new project Simon showed a unique instinct for every aspect of the medium, where over the years he filled the roles of publisher, editor, writer, penciler, inker, letterer, and colorist.

Simon was born in Rochester, NY, on October 11, 1913, to Harry and Rose Simon, and took to art at an early age. Immediately out of high school he worked for the Rochester and Syracuse newspapers as a photo retoucher, illustrator, and writer, specializing in sports, during which time he dealt with such historical figures as Damon Runyon and Max Baer. Then he relocated to New York City in 1939, where he quickly became involved in the infant comic book industry, first producing stories for Lloyd Jacquet at Funnnies, Inc. Simon single-handedly wrote and illustrated his earliest stories before teaming up with Jack Kirby in 1940. For twenty years they produced work for almost every comic book publisher in America, including their own Mainline Publications.

During World War II Simon served on the home front in the United States Coast Guard. Following the war he met Harriet Feldman, whom he married in 1945, and together they had five children: John, Jim, Melissa, Gail, and Lori. In addition to his work with Jack Kirby, Simon created the satire magazine Sick, did extensive advertising work, and worked for the Nelson Rockefeller gubernatorial organization. He continued to produce projects for DC Comics, Marvel Comics, and self-published his first autobiographical work, The Comic Book Makers, co-authored with his son, Jim Simon. More recently he released Joe Simon: My Life in Comics for his current publisher, Titan Books, and in November he became a New York Times bestselling creator with The Simon and Kirby Library: Crime, collecting the duo's work from the 1940s and 1950s.

Simon lived his final years in an apartment in midtown Manhattan, and from his window he could see the McGraw-Hill building, the location of the Timely Comics offices in which he had served as their first editor. In July he attended an advance screening of Captain America, for which he and Kirby were listed on-screen as the character's co-creators. His last convention appearance was for a panel and signing at the New York Comic Con this past October, just two days after his 98th birthday. Joe Simon is survived by his five children and eight grandchildren, and an industry that owes him an eternal debt of gratitude. 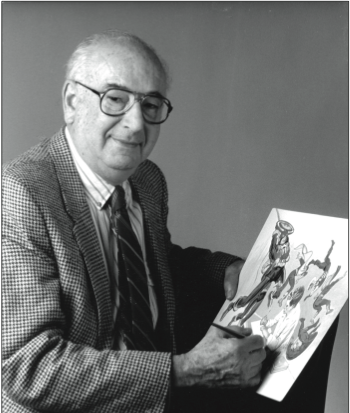