Pamela slipped her arms around Clay’s chest and hugged him close. “Thank you so much. I don’t know what would’ve happened if you hadn’t arrived. Those Locos are a bunch of bastards. I hope that’s enough to put them off coming back.”

“You know I’d never shine you along, Pamela. I don’t think we’ve seen the last of them at all. But it’s like we said on the phone last week: you either make a stand and fight for what’s yours or you pack up and go.”

Pamela looked up into Clay’s blue eyes. “I know, I know. But it’s not me I’m worried about. It’s Larry. I couldn’t stand the thought of anything happening to him. But you know how stubborn and proud he is. He’d still square off with them and get himself killed in the process.”

Clay nodded in agreement. “Yeah, I know. Larry was one of the best snipers the Brits had, but with no rifle and no leg…” he sucked a sharp intake of breath through his teeth.

“What do you think will happen now?” asked Pamela.

She exhaled, suddenly tired. She had talked long and hard with Larry about moving back to England when the first British ex-pats had given in to the Locos’ intimidation, but both had decided that they’d be damned if they were going to be muscled out of their home and livelihood. And besides, what was there to go back to in the UK? The country was going to the dogs faster than you could say Brexit. No, they would stay and brave the storm.

“They’ll almost certainly come back with more men. We need to be ready. You need to do as I ask.”

“Okay, Clay. That’s why you’re here. I guess you’re in charge.” She wiped away her tears and punched Clay on the arm, scolding him gently, “And how many times have I told you not to call me Daisy? That shit sticks you know, soon everyone will call me it!”

Clay laughed and pushed her to arm’s length. “But you look like her and Larry likes it!”“Never mind what Larry likes. I’m in charge and don’t forget it.” It was familiar banter and it made her feel much better.

Clay Gunn, family friend and sometimes lodger of the Dukes, ushered her back inside. “Come on, Mrs Pamela Duke, I’ll help you straighten up the place before Larry gets back. If he sees this, he’ll be on eBay looking for a rifle before lunchtime.” 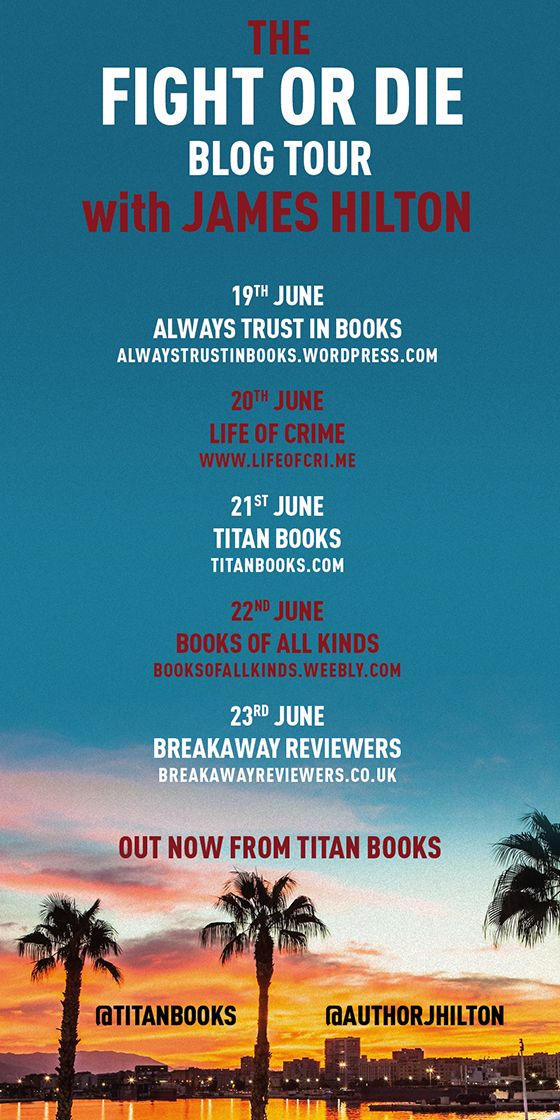 Check out the other posts in the Fight or Die blog tour: