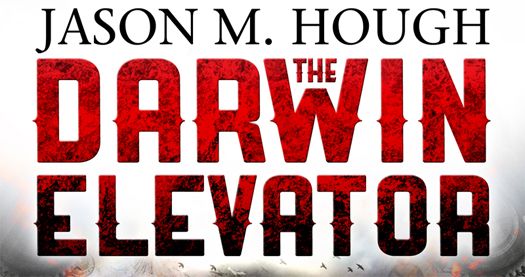 **This letter was originally published on Suvudu. Read it here.**

One lazy summer when I was fourteen years old my friend Jake and I decided to write a novel.  Our goal was to kill time, more than anything.  Summers in eastern San Diego get hot. Really hot.  For two kids limited by the meager funds earned on a newspaper route and the range of their (totally radical) BMX bikes, writing a novel seemed like a great idea.

And you know what? It was.

I have the manuscript right here on my shelf.  Jake dug it up last year while cleaning his garage and gave it to me as a prize for the book deal I’d landed.  We called it The Dragon Ring.  It chronicled the adventures of a British soldier who traveled to India in the early 1800’s to solve the mysterious death of a friend.  What that had to do with dragons or a ring I can’t recall.

Chris Paolini we were not.  In hindsight the book is goofy and awkward and… none of that matters.  Of course it was terrible.  The point is, we wrote a book.  We created something out of sheer force of will by putting in the effort, aided by the fact that no one had thought to tell us that fourteen-year-olds don’t write novels.

I didn’t do any more creative writing for a long time.  Instead I’d followed another creative passion: 3D graphics and animation.  That eventually led to a career as a game designer, and both of these pursuits quenched my innate thirst to create.

Eventually I left the game business though, and it didn’t take long for that creative itch to rise.  It’s just ingrained in me, I guess!  So in 2003 or so I started writing a book about a Dutch starship captain named Schyler.  By 2007 I had written exactly eight pages.  Eight pages in four years.  Why?  I’d forgotten the key lesson learned all those years earlier: I wasn’t putting in the work.  It’s really as simple as that.  I’d make up excuses about how there was too much sun coming in the window that day or that I really had to play another game of Thief 2 before anything else.  I’d forgotten about the summer of ’86, The Dragon Ring.

So… I changed.  In 2007 I wrote a 300-page practice novel (a romantic comedy called Tact or Fiction, if you really want to know) without stopping to edit, thanks to National Novel Writing Month.  In 2008/2009, I wrote The Darwin Elevator.  It was 600 pages, featured a Dutch pilot named Skyler, and it needed serious help.  But the meat of it was salvageable.  A few drafts later I suddenly found myself with an agent, and after a little more tinkering we sent it out to editors including Mike Braff at Del Rey.

The rest is a story for another day.  The point of all this is really a long winded way of saying what Neil Gaiman states so eloquently when aspiring writers ask him for advice.  “Write,” he says.  A trite response that he immediately expands upon, but the gist is pure truth.

“But Jason, this is ‘Dear Readers’, not ‘Dear Writers’!”  True enough.  But the underlying message applies to any grand endeavor, doesn’t it?

This little folder of handwritten pages from thirty years ago is my talisman now.  I keep it close by to remind me of what’s possible whenever self-doubt starts to creep in. 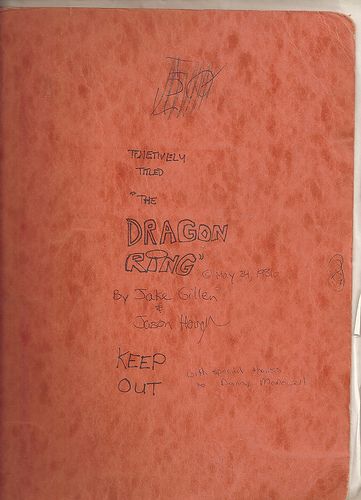