Today we’re looking ahead to the great books that we have coming out next year, focusing on nonfiction, and we’ve asked some of Team Titan to tell us what they’re most looking forward to. Read on for a preview of what’s coming your way in 2020… 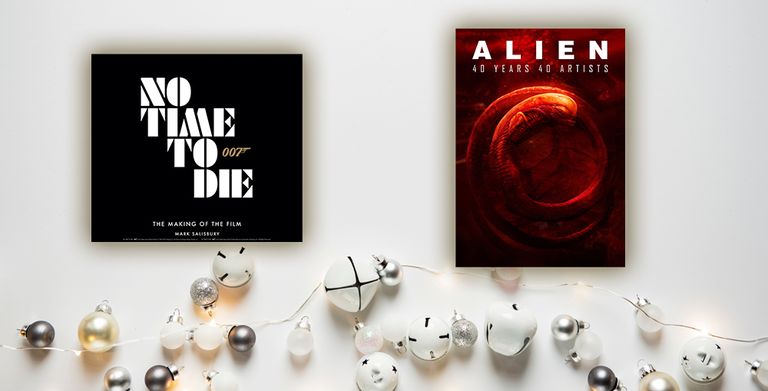 No Time To Die: The Making of the Film by Mark Salisbury

Seriously, what’s NOT to be excited about!? An in-depth behind-the-scenes look at the 25th official James Bond film, and Daniel Craig’s 5th and final outing as 007 – Britain’s greatest secret agent (barring Danger Mouse?) - packed with exclusive images and exclusive interviews with the cast, including Craig, and key production personnel, including director Cary Fukunaga and producers Michael G. Wilson and Barbara Broccoli. The level of access to a Bond production is unprecedented and the stories and insight fascinating. Should be a fitting companion to Craig’s 007 finale.

With the film celebrating its 40th anniversary, I think it’s safe to say that Ridley Scott’s Alien has been hugely influential, not only on subsequent sci-fi films, but also widely in pop culture. As someone who can’t draw for toffee, the particular joy for me of Alien: 40 Years 40 Artists is in seeing the creative and beautiful ways that the incredibly talented contributing artists (painters, illustrators, film directors and others) have chosen to pay homage to one of their favorite films and, for many, significant artistic influences. It’s an embarrassment of riches and I can’t wait to see the art displayed in all its glory in this large coffee-table format. 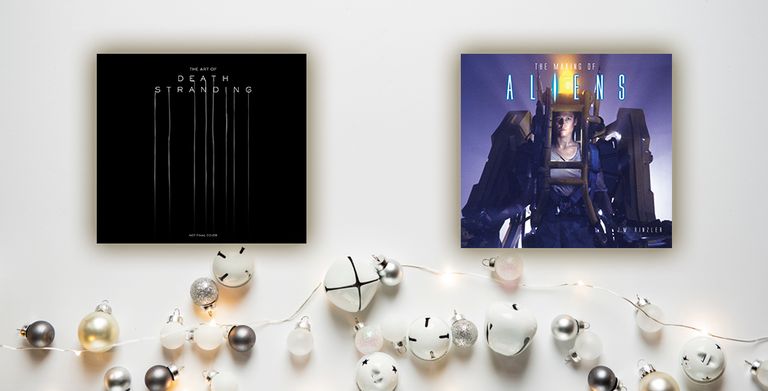 The Art of Death Stranding by Kojima Productions

When we got the imagery sent across for The Art of Death Stranding I could not have been more excited to see this book as a finished product. While Hideo Kojima and Kojima Productions have brought a whole new revolutionary level of graphics and effects to the video game world, the concept art and development of how they got there is something to praise itself. Guided through the evolution of characters and locations by rough sketches, pencil drawings and final renderings, each section of this book is stunning. Bound together within a beautifully presented product, there are pieces within this book I would love to have framed!

The Making of Aliens by J. W. Rinzler

I'm very excited about The Making of Aliens coming in May. J. W. Rinzler, who wrote The Making of Alien that was such a success for us back in July, has delved back into the Fox archives to bring us the full story of James Cameron’s 1986 action blockbuster sequel to Ridley Scott’s original 1979 movie. It’s a fascinating story – James Cameron and Gale Anne Hurd, as director and producer respectively, were trying to make their mark in the world of Hollywood blockbusters and had to overcome a seemingly endless number of obstacles to get the film made during a notoriously difficult shoot. The book is full of revealing behind-the-scenes photos and vivid concept art, and at 300 pages long it’s sure to become the definitive account of the making of this famous film. 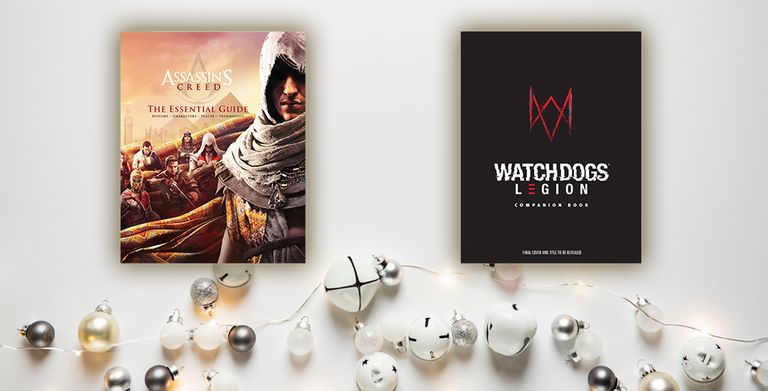 I've been playing Assassin's Creed since the first game, so I am completely pumped for this guide. It's absolutely exhaustive, with info covering every canonical character, location, time period, and technology in the series. It even covers the comics and non-core games, like Liberation and Chronicles. If you want to brush up on your lore before Kingdom drops in 2020, then this is a must-buy.

The upcoming Watch Dogs Legion looks like it's going to be insanely detailed, and this in-universe tie-in gives you a chance to explore the story like you're a member of the Resistance. It's cool and edgy and has loads of awesome concept art and imagery to pore over. If you're a worldbuilding nut (like me) or if you're looking for pointers on how to survive a fascist state (also like me) this is one of those in-universe books it's a pleasure to get lost in. 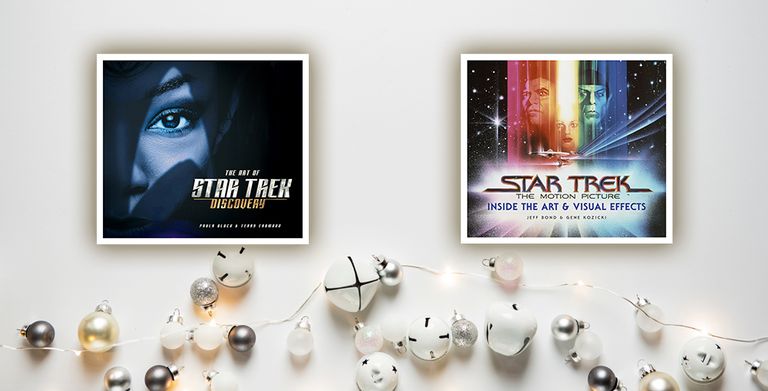 As a big Star Trek fan, and a massive fan of the new series, I’ve loved seeing this gorgeous book coming together. Exploring how they made the aliens, ships, and worlds for Star Trek: Discovery, I could spend hours poring over the incredible concept art, photography and designs in this book.

Star Trek: The Motion Picture - Inside the Art and Visual Effects by Jeff Bond & Gene Kozicki

This is such a fascinating book. A deep dive into the sometimes-fraught production of one of the first proper big-budget sci-fi films, this book has some incredible, never-been-seen-before sketches, matte paintings, photos and new interviews with some of the people behind the iconic movie. A must-have for any Trekkie!

Denis Villeneuve achieved what many considered impossible with Blade Runner 2049, a sequel that stands up to the magnificence of Ridley Scott's original film. Blade Runner 2049 is visually stunning and we're really excited to be exploring more of the creative process behind the movie. Like its companion The Art and Soul of Blade Runner 2049, this book is written by Denis' wife Tanya LaPointe, so I'm looking forward to an insider's perspective on his singular vision.

The Illumination Art of Eric Guillon by Ben Croll

Ever wanted to know more about how the Minions were designed? If so, The Illumination Art of Eric Guillon is the perfect book for you! Covering Guillon’s work on films including Despicable Me, Sing, and The Secret Life of Pets, this gorgeous coffee table book features never-before-seen concept art, sketches, film stills, and more, illuminating the animation process from start to finish. 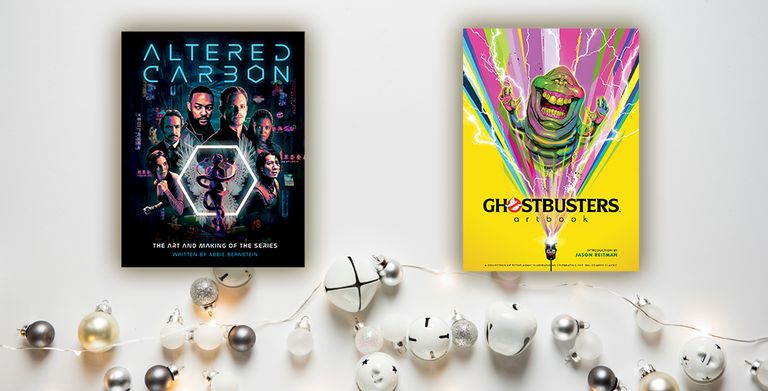 Altered Carbon: The Art and Making of the Series by Abbie Bernstein

The second season of Netflix's stunning sci-fi series Altered Carbon arrives in 2020, and with it comes our beautiful coffee table book that delves behind the scenes of the show. Altered Carbon: The Art and Making of the Series is packed with concepts, stills, set photos, storyboards, and VFX builds from the first two seasons, plus exclusive interviews with cast and crew. I'm a huge fan of the series and I was so excited to work on this book, the gorgeous concept art and highly-detailed storyboards make it perfect for fans!

Who you gonna call? Ghostbusters: Artbook is another title I’m really looking forward to next year. Over 250 artists from different backgrounds – fine art, animation, comics, and more – have contributed sumptuous illustrations to commemorate this popular phenomenon. This gorgeous book is an artistic tribute to the wonderfully goofy Ghostbusters universe.