Go behind the scenes of your favourite binge-worthy TV shows, with our extensive range of official books! 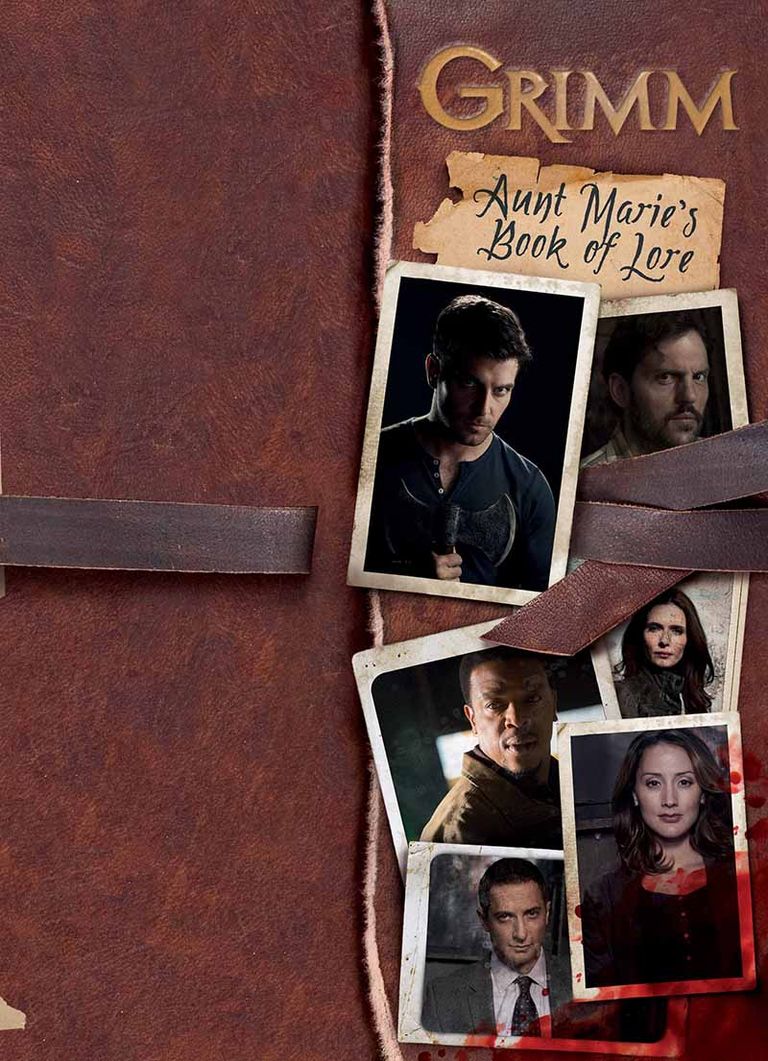 As his Aunt Marie is dying, homicide Detective Nick Burkhardt discovers he is descended from an elite line of criminal profilers known as “Grimms”, who keep the balance between humanity and mythological creatures. As well as inheriting the “gift” from his aunt of being able to see the creatures’ true forms, he also inherits useful artefacts, including the Book of Lore. 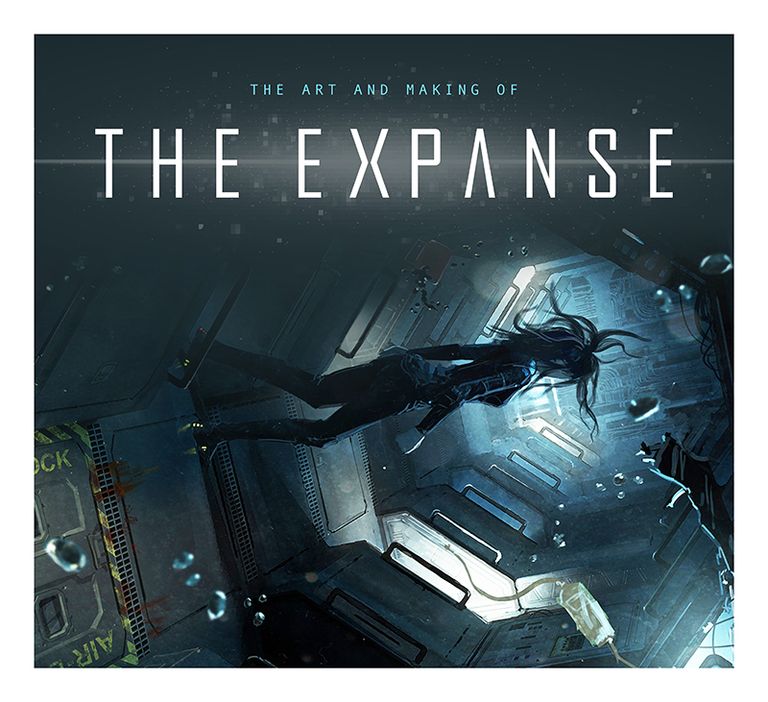 The Art and Making of The Expanse

The Art and Making of The Expanse goes behind the scenes of the first three seasons of the show, exploring how the bestselling books were turned into one of the most highly regarded science fiction TV series of the 21st century. Packed with stunning concept art and compelling photography, the cast, crew and creators reveal the ideas, processes, inspirations and obstacles behind the making of this massively popular series. 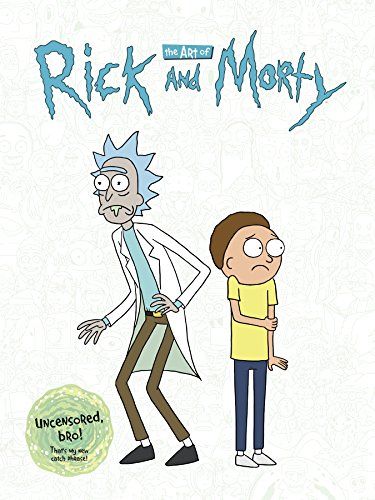 The Art of Rick and Morty by Justin Roiland & James Siciliano

The animated science-fiction adventures of Rick and Morty are irreverent, shocking, and hilarious. Now, take a deep trans-dimensional dive into the creation of these many insane universes with The Art of Rick and Morty! Featuring intimate commentary from the show's creators accompanying a vast collection of process, concept, and production art, this volume offers a tantalizing exploration of one of the most outlandish and beloved shows on TV. Altered Carbon: The Art and Making of the Series by Abbie Bernstein

Altered Carbon: The Art and Making of the Series offers a detailed journey through the cyberpunk world of the hit show. Featuring development art, stills, set photos, storyboards, and VFX builds from the first two seasons, plus interviews with cast and crew, this book will bring readers into this gritty vision of the future. 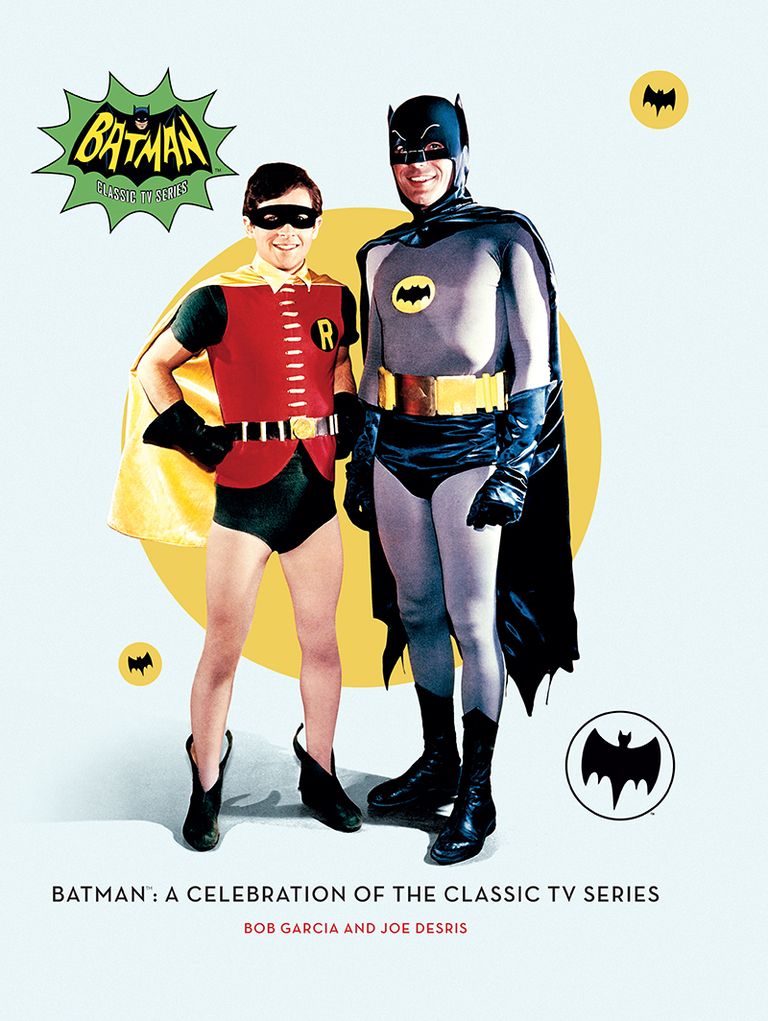 Batman: A Celebration of the Classic TV Series by Bob Garcia & Joe Desris 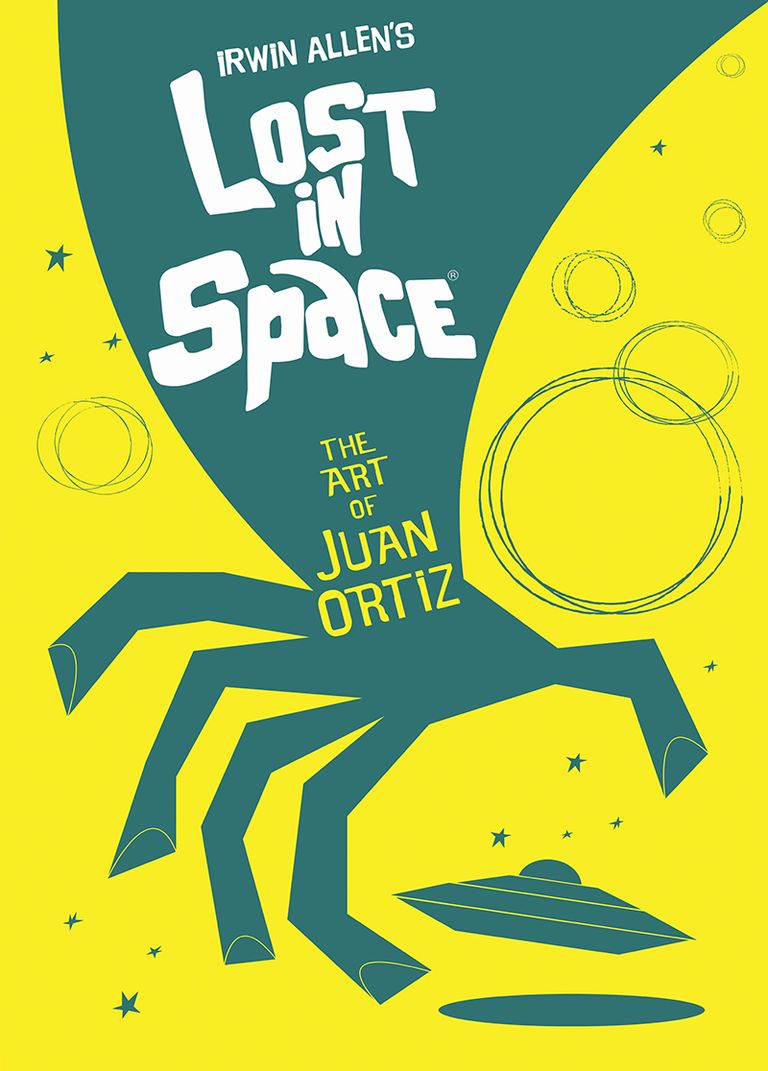 Lost In Space: The Art of Juan Ortiz by Juan Ortiz

Juan Ortiz turns his unique eye for poster design to the classic sci-fi series Lost In Space. Each episode is lovingly reimagined as a visually striking poster, creating a one of a kind collection to accompany one of the most influential and celebrated sci-fi series of all time. Each poster has a different aesthetic, taking inspiration from 60s movie posters, comic books, pulp novel covers and blacklight posters. 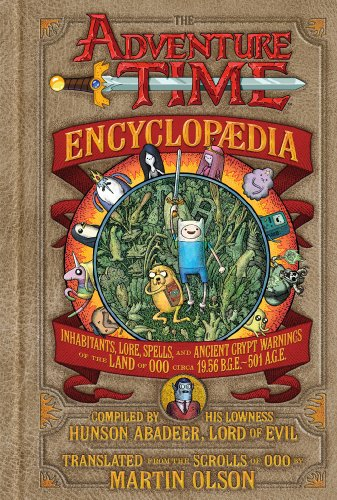 What time is it? Adventure Time™! Explore the magical world of Ooo with Jake the dog and Finn the human, along with the Ice King, Princess Bubblegum, Marceline the Vampire Queen, and all your favouite Adventure Time characters, in this first official guide to Cartoon Network’s hit animated series. An indispensable companion to the show, written and compiled by the Lord of Evil himself. 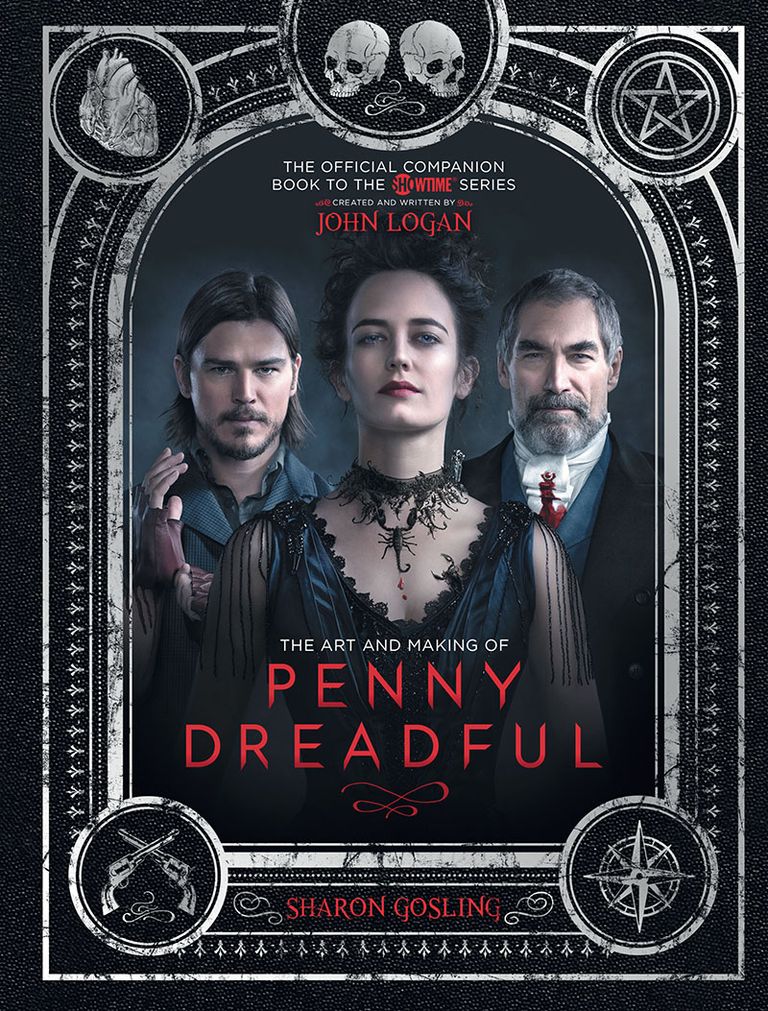 Some of classic horror literature's most iconic characters, including Dr. Frankenstein, Dorian Gray, and figures from Dracula are lurking in the darkest corners of Victorian London. Penny Dreadful is a psychological thriller that weaves together these origin stories into a new adult drama. The Art and Making of Penny Dreadful goes behind the scenes to unearth its secrets and dissect every aspect of the show's production. 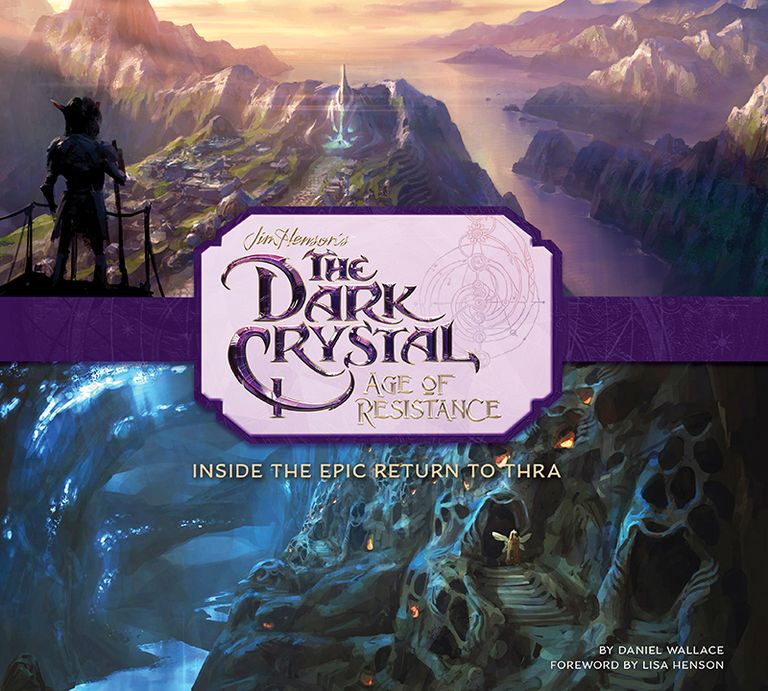 The Art and Making of The Dark Crystal: Age of Resistance by Daniel Wallace

The Dark Crystal: Age of Resistance returns to the world of Thra with an all-new adventure. Revealing the incredible creative process behind the new series, this book will show how Jim Henson’s Creature Shop brought Thra and its characters to life. Filled with exclusive cast and crew interviews, concept art, set photography, puppet designs and more, this is the definitive exploration of The Jim Henson Company’s epic return to Thra. The Art and Making of The Flash by Abbie Bernstein

Packed with exclusive production art and behind-the-scenes photography, The Art and Making of The Flash is the ultimate resource for fans of the superhero speedster. Find out what goes into making the heroes and villains of this smash hit Warner Bros. show, get in-depth interviews with the cast and crew, and explore a treasure trove of weapons and gadgets. 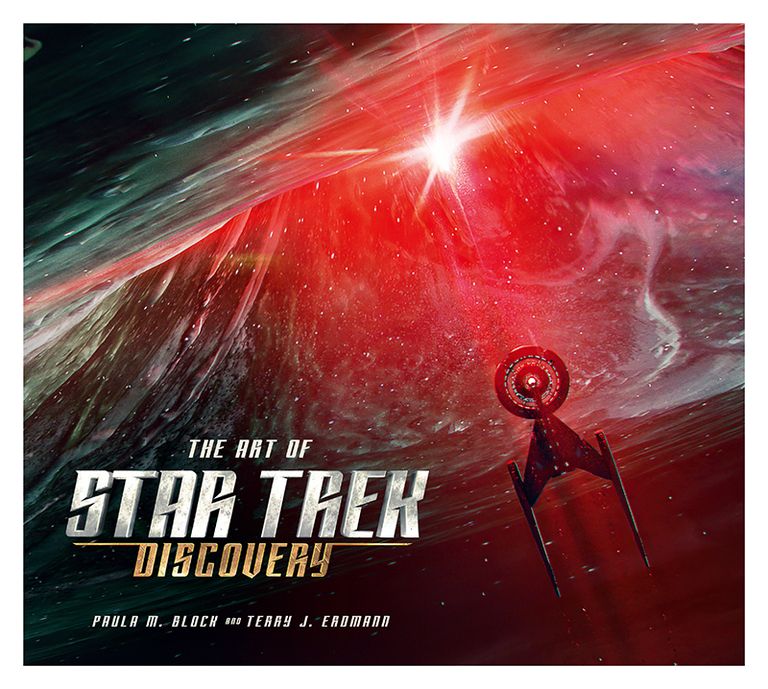 Star Trek: Discovery, the newest chapter in the Star Trek Universe, follows the exploits of Vulcan-raised science officer Michael Burnham and the crew of the U.S.S. Discovery as they boldly go where no one has gone before.

The Art of Star Trek: Discovery explores behind the scenes of CBS’s hit show, with  interviews, set photography, concept art and storyboards. With exclusive content from the first two seasons, this book is a must-have for every Star Trek fan. 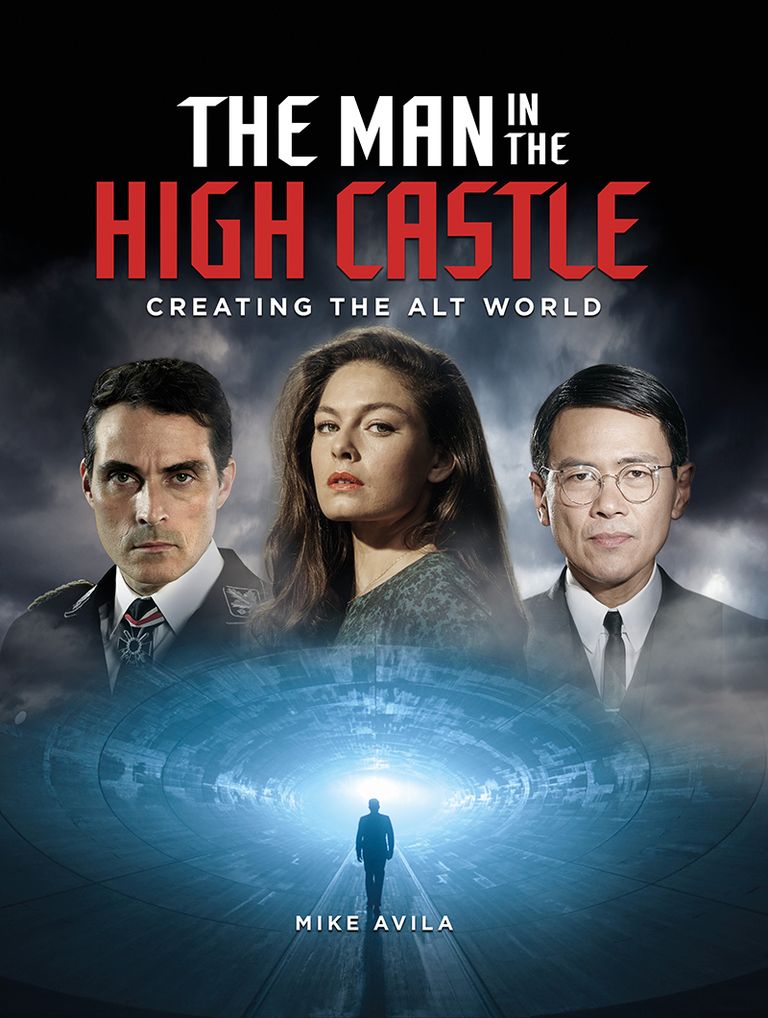 The Man in the High Castle: Creating the Alt World by Mike Avila

The Man in the High Castle is the hit Amazon series, inspired by Philip K. Dick’s award-winning novel, that offers a glimpse into a chilling alternate timeline in which Hitler was victorious in World War II. Exploring all four seasons of the show, The Man in the High Castle: Creating the Alt World takes readers from the Greater Nazi Reich to the Japanese Pacific States. Featuring sumptuous production art, set photography, costume designs and interviews with key cast and crew.