Last week we announced our brilliant eBook deal to celebrate the 60th anniversary of Matt Helm's debut appearance: for the month of September get every Matt Helm novel for just 99p/$1.99/CDN$2.99 each! 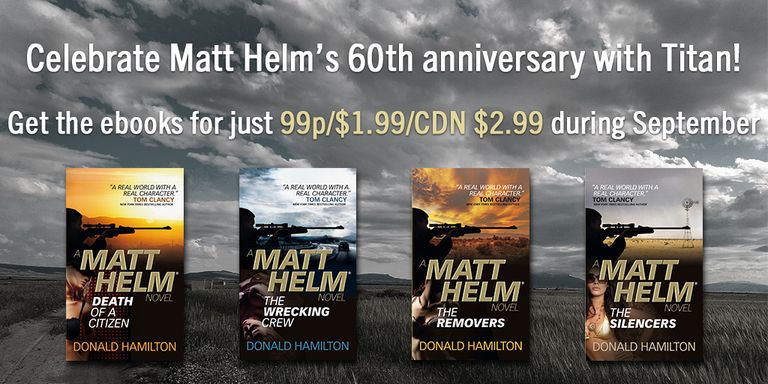 The classic series begain in 1960 with the original publication of Matt Helm's first adventure: Death of a Citizen. Matt Helm, one-time special agent for the American government during the Second World War, has left behind his violent past to raise a family in Santa Fe, New Mexico. When a former colleague turns rogue and kidnaps his daughter, Helm is forced to return to his former life as a deadly and relentless assassin.

Pick up a copy of Matt Helm's debut adventure at our Anniversary Discount price: Amazon US / Amazon UK / Amazon CA 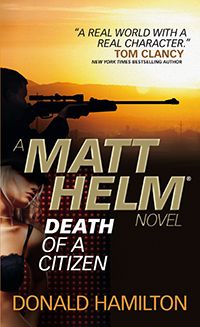 This was shortly followed by The Wrecking Crew in which our newly reinstated counter-agent has a mission. He must travel to the wastes of northern Sweden and dispose of Caselius, a wraith-like operator with a genius for destruction. But amid a bewildering web of deceit woven by the enemy agent, his only ally deceased and help a thousand miles away, Helm soon realises he must track down his deadly prey alone.

Pick up a copy of the second novel at the Anniversary Discount price: Amazon US / Amazon UK / Amazon CA 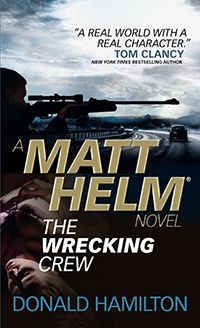 Including these first two novels, Matt Helm starred in 27 novels selling more than 20 million copies worldwide, four blockbuster movies with Dean Martin in the lead role and a classic TV series. Check back later in the month to find out more about his other adventures!

“Helm is a genuinely tough and tough-minded protagonist…  your reading diet lacks essential vitamins if you overlook him.” —The New York Times