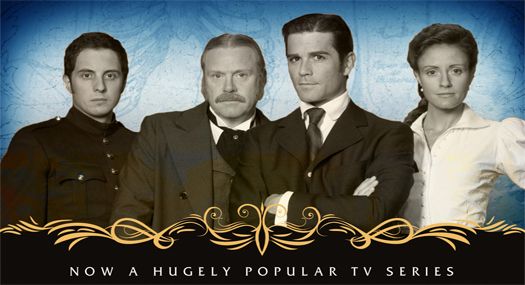 Set in Toronto in the 1890s, Murdoch Mysteries is the much-loved crime series airing on Alibi TV. It follows detective William Murdoch (Yannick Bisson) as he uses the latest forensic techniques to solve  crimes that highlight controversial social issues of the period from adultery and abortion to poverty and racism. An early anticipated sixth series of the remarkable historical mystery drama airs in February 2012.

Now, for the first time in the UK, Titan Books are publishing in print and e-book the compelling series of novels that inspired the show. Written by British-born award-winning author, Maureen Jennings, the series will launch with stand-alone adventures, Expect the Dying and Under the Dragon’s Tail.