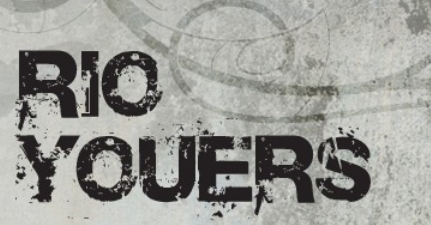 TITAN BOOKS TO PUBLISH RIO YOUERS FOR THE UK

Titan Books is delighted to welcome Rio Youers as a Titan author with two new novels for the UK market: Halcyon and The Forgotten Girl.  Both titles will be publishing in eBook first with The Forgotten Girl in May 2018 and Halcyon in July 2018, with the paperbacks following in Spring 2019 and Autumn 2018 respectively.

The Forgotten Girl is dark fantasy twist on the thriller genre, described by Joe Hill as “written with a brutal lyricism, a savage wit, and a killer instinct for suspense, it’s a work that marks out Rio Youers as a big star,” with Sunday Times bestselling author Sarah Pinborough also calling it a “page-turner of a novel with concepts that twist your mind, characters that tug at your heartstrings, and a narrative that leaves you breathless.” The story of Harvey Anderson, a twenty-six-year-old street performer who lives a modest and happy life until one day he’s abducted and beaten up by a group of nondescript thugs. Working for a sinister man known as “the spider” they’ve been trying to track down Harvey’s girlfriend of the last five years, Sally. And now they think they’ve found her. The only problem is Harvey has absolutely no recollection of her at all.

Halcyon takes place on an idyllic island in the middle of Lake Ontario, home to a self-sustaining community made up of people who want to live free of fear, crime, or greed. It is seemingly the perfect escape for Martin Lovegrove and his family in the wake of a tragedy. But soon Martin begins to suspect that beneath Halcyon’s perfect veneer something terrible resides.

A previous nominee for the British Fantasy Award Rio Youers is an acclaimed part of the horror and dark speculative fantasy scene, and Titan Books is very excited to welcome him to our lists alongside other great talents of the genre such as Paul Tremblay, Tim Lebbon and James Brogden.