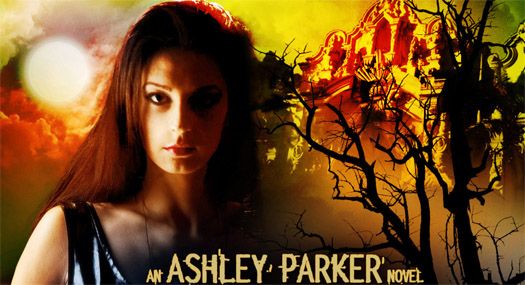 Zombieland introduced the concept of Zombie Kill of the Week, with the award going to the most creative way to kill a zombie.  In fact, Zombie Wiki has this entry:

Just as there are outstanding zombie kills in our favorite zombie-themed flicks, there are also some truly ridiculous and stupid human deaths. Ones that make me shout "WTF!!!!!"  Except I don't use the acronym, which is more polite for publication.

At any rate, these are my nominations for the zombie movie equivalent of the Darwin Awards.  My () favorite stupidest deaths in a zombie movie:

1/ George Romero's last zombie film, Survival of the Dead, came out the same year as Zombieland (2009).  There were several innovative – and improbable – zombie kills in Survival of the Dead, but those didn't stand out nearly as much as a really annoying death that just should not have happened. Janet (or Jane, I get them confused), positive that her zombified, horse-riding twin sister recognizes her, gets chomped and, of course, dies.  I'm not even going to go into why the hell an island off of Delaware was populated by feuding Irish clans.  Nope. Just stepping way….

2/ While we're picking on George Romero (and don't get me wrong, I love him.  Without George Romero, there would be no Night of the Living Dead, and therefore no flesh eating ghouls/zombies.  He is my hero.  BUT) , let's talk about the original Dawn of the Dead. Yes yes, I know, this is sacrilege.  My first date movie.  But… it had Biker Dude taking his Blood Pressure.  Yes yes, I know that life is cheap to those rapacious biker raiders, but really?   As much as I love this movie, love that moment, and totally laughed when I first saw it, that has to be one of the dorkiest deaths by zombies ever.

3/ One more George film.  Land of the Dead.  Dennis Hopper's death by semi-sentient zombie Cholo and 'should be a Klingon instead of a zombie" Big Daddy,  just pissed me off.  For one thing, not a fan of the semi-sentient zombies (except for Bub.  Loved me my Bub), so the fact that zombie Cholo figures out how to use a gas pump bugged… and then where the hell did Big Daddy come up with a lit propane tank?  Gahhh!!!   Badness.

4/ Moving away from Our Beloved Father… Let's talk about Hell of the Living Dead, directed by Bruno Mattei. This movie starts out with glorious goofiness when someone is attacked by a zombie rat, an innocent victim of Operation Sweet Death -- the cure for the world's overpopulation problem, doncha know.  There are several unnecessary deaths in this movie, but the very bestest is the psuedo SWAT dude who, when checking out a surprisingly middle-class white person type house in the middle of New Guinea (one of the house's undead occupants looks like an aging Barbara Billingsly, complete with pearl necklace), decides to don and model a tutu, top hat and cane in an impromptu soft-shoe, culminating in death by perceptive artistically critical zombies.  I mean, WTF, dude?

5/ Hell of the Living Dead gives us several other pointless deaths, such as the plucky reporter heroine's, who – instead of running like hell at the appropriate moment – delivers the explanatory monologue about the evils of Sweet Death, and then stands and screams as zombies attack and pull out her tongue.  I wonder if this was a lesson to uppity women back in the day.  Hmm…

6/ And now… one of my favorites… Lucio Fulci's Zombie Flesh Eaters.  Ah me, how I love this movie.  For one thing, it brought us zombie versus shark in an epic undersea battle.  It also wins points for Stupidest Place to Make Out in a Zombie Outbreak (the cemetery with those "conqueestadors" – pronunciation by the character of Brian) , but it also had… well… yeah, several really bad deaths in this movie.  First (and I know people are gonna get all pissy about this, but too bad!), the doctor's wife and the splinter through her eye.  Yeah, it's iconic and gross and all that… but give me a break.  You're telling me if you were her and a zombie was pulling your head/eye straight into a nasty-ass splinter, you wouldn't a: try and smash that splinter aside with a smack of one hand or b: failing that, put your hand up in front of your eye?!  I mean, jeez louise, that zombie was not in a rush.  Her death, while cinematically memorable and gross, was not necessary.  At least not by splinter through eyeball.

7/ ZFE stupid death #2: Susan (the gal who does the topless scuba diving, which leads into the iconic zombie/shark battle) stands motionless as a zombie rises VERY slowly from the grave and bites her.  I have no patience for anyone who would think watching a slow rise from the grave is a good idea.

8/ Still on Zombie Flesh Eaters, Brian's death when, after slaughtering multiple zombies, gets all stupid and gooey when his dead wife Susan shows up.  She bites him and then he's all "Shoot her!!!"  Yup, we call this shutting the barn door after the zombie horse gets out.  And his character totally would have known better.

9/ Time to pick on the remake of Dawn of the Dead.  While I like this movie, I have issues with it.  I mean, seriously, the whole going after the dog after it's been clearly established that the zombies just don't give a shit about animals? But… okay, I'm an animal lover so… I'll walk away from that.  But  dude with zombie wife tied up and then Norma comes in to check on them and it goes all slow-mo gun fight, with annoying slow-mo bullet cam and everyone dies?  Jeez louise, no.  Just no.  I hate that scene.  Not sure who was stupider – Norma or Andre.  Either way, what is the point of the whole slow-mo bullet POV?  Feh.