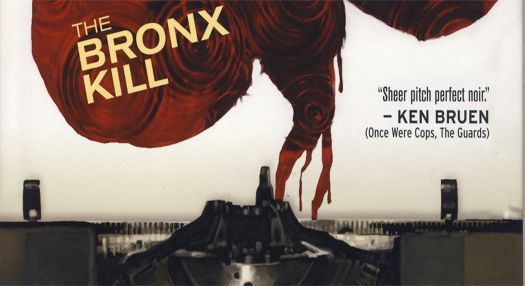 We chat to Peter Milligan about his new book The Bronx Kill:

Stay tuned for the next part of our interview with Peter Milligan, where he talks about his work on Greek Street!

ABOUT THE BRONX KILL
Literary writer Martin Keane’s life takes a deadly turn when his wide suddenly disappears without a trace.

Martin’s dad wanted him to be a cop, like his father and his father before him. Being a cop was in the Keanes’ blood, but Martin had other ideas. Martin wanted to be a writer.

And then Martin’s lovely young wife goes missing. Slowly but surely, Martin’s life unravels as he tries to explain her disappearance. His desperate search forces Martin to delve into the very thing he’s spent his whole live running from: the dark history and darker secrets of the Keane family. Even the crime novel he’s writing seems to offer uncanny clues that might help solve the mystery.