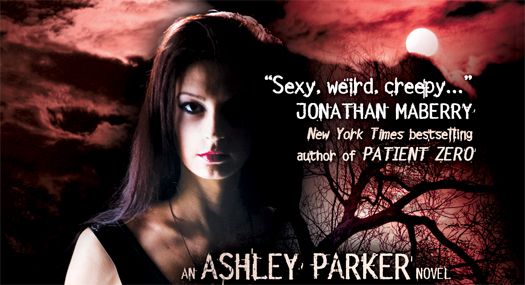 Like many aspects of the zombie mythos, there is a variety of theories on how, precisely, the zombie plague is spread. George Romero, to zombies what George Lucas is to The Force, never really specified the root cause, but the original Night of the Living Dead made vague reference to the possibility that radiation from an exploding satellite is the culprit behind the dead reanimating with an appetite for living human flesh.

Subsequent movies suggested voodoo was the cause, even though zombies created this way are usually non flesh-eating Haitian type zombies who can be banished back to their graves by adding salt to their food. One movie, Lucio Fulci’s Zombie, hinted that voodoo might be the cause, while Zombie 4 (another Italian zombie movie) actually showed the voodoo ritual responsible for bringing the dead back to life. Both movies had flesh-eating zombies, but only Zombie 4 made most of them wear pajamas and had them springing around like hyperactive ninjas.

In more recent years, what with the new popularity of zombies in pop culture, many more explanations have emerged, some explained with “soft” science (just enough details to make it plausible without over-thinking things to much) and others with enough scientific gobbledygook to qualify as a research paper. In my reading and movie watching I’ve come across zombies created by: genetic engineering gone terribly wrong (“we will make the perfect soldier to strike terror into the hearts of our enemies! What could go wrong with that?”); biological warfare; demonic possession; bad meat; aliens; mutating viruses/bacterial nasties; rage (although technically the infected in 28 Days Later are not zombies ‘cause they’re still alive); fulfillment of biblical prophecy; and more.

Sometimes the writers/filmmakers don’t give any explanation, preferring to leave it a mystery. Matt Mogk’s book, Everything You Want to Know About Zombies goes into the various causes at much greater length and the book is one hell of a fun and informative read.  Personally I will accept any explanation for zombies as long as I am given a good, gory, flesh-eating, fun-filled romp.

But as far as the cause of the zombocalypse in Plague Town… you’ll have to read it to find out.  No spoilers!