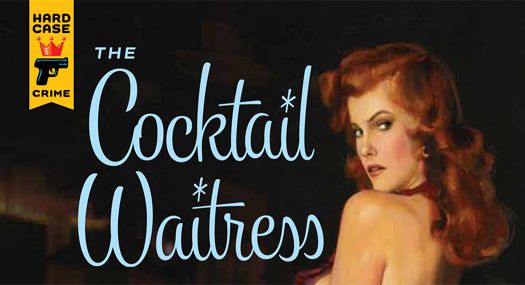 “Fittingly for the endpoint of a long and meaningful career, Cain saves his best twist for the very last page of his very last book, a haymaker from the blind side, so carefully finessed and camouflaged through the book as to bring a tear to a glass eye -- another writer's jealous acknowledgment. It is a moment that draws Joan’s world and Cain’s view of desire and consequence into tight focus. One thinks of the author well into his ninth decade, setting down those final passages with a hidden smile and a writer’s certain knowledge that they won’t see this coming. He was right.”
The New York Times

"Swift and absorbing...pulses with more authentic primal energy than the work of any number of Cain imitators from the 1930s to the present."
The Wall Street Journal

"The most important literary event of 2012"
The Book Reporter

"It is vintage Cain and won’t disappoint in the least."
Blogcritics

"Believe me, after "The Cocktail Waitress," you'll find yourself raising an index finger and calling, "I'll have another James M. Cain, please, straight up.""
Washington Times

"James Cain has delivered beautiful vintage noir from beyond the grave; the final genuine article of a bygone era."
Noir Whale

"The straightforward and dialogue-heavy writing style in combination with suspenseful and steamy scenes helped me quickly read chapter after chapter.
Icon Vs Icon

"It’s almost criminal that one writer could come up with so much great, lasting work
The New York Post

"A better read than some of Cain’s later works, and much better than the other posthumous novels"
LA Review of Books

"The Femme Fatale, the love triangle, the desperation – it’s all classic Cain...Hard Case Crime has discovered another winner from the vaults "
Crime Fiction Lover